Back on the treadmill, and I see that the news hasn’t managed to align itself with the saner side of life.

Scotland Yard have managed to find six MPs that are worthy of charging with fraud after the Expenses fiasco.

Keir Starmer, the Director of Public Prosecutions, is expected to decide whether to prosecute the politicians as early as January, before a general election.

Last month it emerged that HM Revenue and Customs had launched inquiries into 27 MPs.

MPs could avoid tax on expenses claims on the basis that they were “wholly, necessarily and exclusively’’ incurred in relation to the performance of their parliamentary duties.

Those found to have claimed for non-essential items could now face a tax bill of up to 40 per cent on their value, plus interest and fines.

In May, HMRC wrote to all MPs asking if they wished to make voluntary payments. The authorities said last night that they had opened formal inquiries into 27.

It is thought that they are also scrutinising MPs who avoided capital gains tax when selling second homes; those who claimed for personal tax advice; and some travel claims. 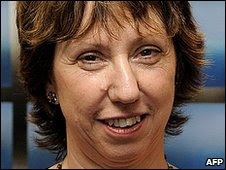 Gord has welcomed the decision to appoint Labour peer Baroness Ashton as the EU's high representative on foreign affairs and security.

The PM said the move gave Britain "a powerful voice in Europe", while the Lib Dems agreed it was "good news".

The Tories said they would work with Baroness Ashton and the new EU president, Belgian Herman van Rompuy, "in the British national interest". 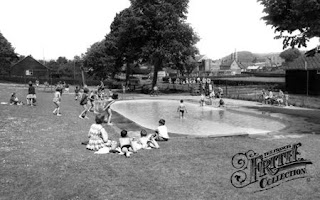 Flying kites and using an outdoor swimming pool has been banned at a village play park for health and safety reasons.

The harmless activity of kite flying has been grounded in case the objects get caught on an overhead telephone cable and children climb the telegraph pole to free them.

The ban comes after the popular swimming pool on the same site was put out of use as villagers could no longer afford the rising insurance costs.

The cover was required in case somebody had an accident and sued - even though no such event has happened in the 31 years the 20ft long pool has been in place.

The swing park is only allowed to remain open on condition the vice-chairman of the parish council inspects the swings and slide for loose nuts and bolts once a week and keeps the records for 18 years.

Angry locals in the Wiltshire village of Maiden Bradley fear the five acre park is becoming more of a no-go zone for children due to today's litigious culture.

There are a plethora of signs at the facility that ban activities like kite flying and dog walking and inform the public of the nearest pay phone in the event of an emergency.

The kite flying ban comes after an official from the Royal Society for the Prevention of Accidents inspected the park and recommended the move.

A spokeswoman for RoSPA said it merely advised local councils on how to make safe public areas.

She said: "We are contracted by the playground provider to do an annual inspection and to help them with their duty of care requirements.

"As a result of one of the last inspections we recommended a no kite flying sign because of the overhead telephone line."

She said that parents expected play area equipment to be inspected on a regular basis.

She added: "The advice that we give is that European Standards for Outdoor Playground Equipment recommend routine inspections and we regard routine good practice as no less than once a week.

"We do accept that there should be an element of risk involved when children play."

As long as it doesn’t extend to kite flying and swimming I suppose. 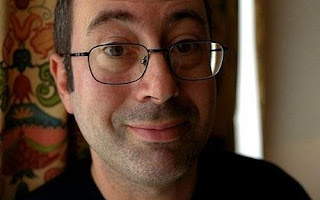 Ben Elton, the so called comedian and writer, has launched a tirade against the Royal Family, calling the Queen a "sad little old lady".

The 50-year-old described the Duke of Edinburgh as a "mad old bigot who wishes it was still the war", and said the Prince of Wales was “a disillusioned ex-hippy".

He also referred to the Duke of York as "a bit of a yob" and suggested that the Earl of Wessex was homosexual, declaring that he “took it from behind".

Elton made the comments on an Australian television comedy quiz show called Good News Week – similar to Mock The Week in Britain – on Monday night.

The remarks come after the novelist, who announced last week that he is moving to Australia, recently criticised the BBC for failing to enforce proper guidelines against offensive language.

During a 90-minute appearance on the programme, Elton also claimed that he had slept with Baroness Thatcher, the former Prime Minister and made lewd jokes about the fictional children’s character Harry Potter.

He announced that he was not being paid to appear on the show and that he had only agreed to go on to plug his new book Meltdown, about the global financial crisis.

Maybe the Australian Government could find him a nice home in the middle of the outback among the funnel webs and the Taipans.


Long way to go for a paper

Still from down under: An 81-year-old Australian man became lost on an early morning drive to the shops and ended up almost 600km (370 miles) away from his starting point.

Eric Steward told police he failed to stop because he "liked to drive".

More than eight hours later, after taking a wrong turn on the highway, he asked Victoria state police for help.

"I just went out on the road to have a drive, a nice peaceful quiet drive.

"I didn't know where I was going but I knew it was somewhere, and with a bit of luck I would eventually find my wife again," he said. 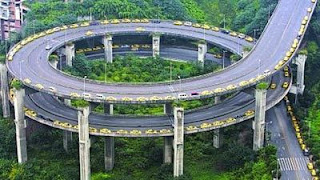 Taxi drivers in a Chinese city are complaining that they are having to queue for miles to refuel their cars.

Cabbies in Chongqing can use either petrol or natural gas but they prefer to use natural gas as it is much cheaper.

But a cold weather snap has led to shortages with production falling and more people using gas to heat their homes.

Queues at the local natural gas station at Rongqiao are going back miles - with yellow cabs snaking all of the way around the double loop of a flyover and beyond.

A spokesman for the Chongqing Natural Gas Group told Xinhua Net: "We are doing what we can to solve the problem by increasing production.

"In the meantime, I'm afraid the taxi drivers will just have to wait patiently if they want natural gas."

So don’t expect to get a taxi in Chongqing. 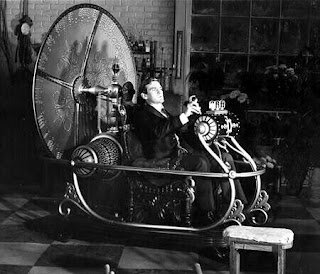 In the 15 years since the National Lottery began, over £23 billion has been given to good causes, with an average of 100 Lottery grants awarded in every postcode.

But not this lot.

One man asked for funding so he could teach young people how to time travel.

A woman asked for money to buy a new toaster.

One lady asked for money for a reindeer to visit her local school. She said that she wanted the grant quickly as “reindeer tend to be busy, especially at Christmas, and therefore get booked up early.”

One man wanted Lottery money to build a replica of Star Trek’s Starship Enterprise so that lonely people could meet in a "safe" environment.

A man requested £500 to respray his Ford Capri.

A woman wanted a grant to double glaze her house.

One hopeful wanted funding to run a dinosaur farm.

A woman wanted funding to give her garden a makeover. When advised that it had to be available to the wider community, she said that she would invite her friends round for a barbecue.

An elderly woman rang the Lottery helpline to suggest that the Lottery should fund toilets for dogs.


Wonder if they would give a grant to an old fart that needs a new body?