Seasons of mist and bugger all else at the Castle this morn, the wevver is like U-Turn Cam-thick, wet and cold.
Just returned from the Monday moan dahn Tesco and I can’t believe that “I can’t believe it’s not butter” has gorn up from one squid to one squid and 30 pees to one squid and 80 pisses (which they are taking).
And his Maj has been practising his hunting... 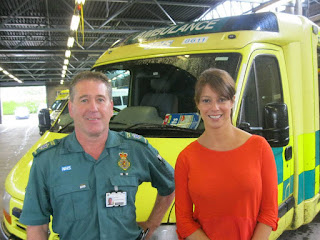 And members of a Yorkshire golf club gave her more than several answers.
The question was-"When I say the word 'politician', what do you think?"


And to prove that Gloria isn’t self-seeking and selfish she decided to ask the same question on Twitter using the hashtag #whydoyouhateme. The Tweets are “interesting”.
Here are a few more “impressions” of Politicians:


The above are of course purely my personal interpretation of those who want to prostitute themselves to “public service” and I would like to point out that no first class rail passengers were harmed in the production of this item.

Having said that, looking at Gloria’s picture-I would.....

And the arse of the year has “written” a book 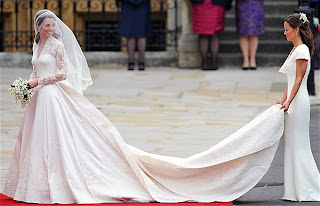 Pippa Middleton (under 30-just), has admitted that she is still coming to terms with her celebrity – and the focus on her figure – that followed the marriage of the Duke and Duchess of Cambridge last year.
In a new book, she writes: “It is a bit startling to achieve global recognition (if that’s the right word) before the age of 30, on account of your sister, your brother-in-law and your bottom.


“One day, I might be able to make sense of this.


"In the meantime I think it's fair to say that it has its upside and its downside. I certainly have opportunities many can only dream of – but in most ways I'm a typical girl in her 20s trying to forge a career and represent herself in what can sometimes seem rather strange circumstances."


Miss Middleton makes her comments in Celebrate: A Year of British Festivities for Families and Friends, a party-planning guide based on her experience with her family’s business, Party Pieces.


It was reported that the deal for the book, with publisher Michael Joseph, was worth £400,000. It includes seasonal recipes, as well recollections of her childhood, including Bonfire Night and playing conkers.


"We all used to get really competitive," she writes.


"The trick was to paint clear nail varnish on the conkers to make them very tough and less likely to break – outrageous cheating of course!" 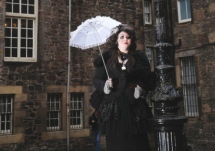 A company is offering a tour of the network of ­brothels used by prostitutes plying their trade in 18th century Edinburgh.
The night time tour for over-18s is based on a long-forgotten book, Ranger’s Impartial List Of  Ladies Of Pleasure, published in 1775, which offers a candid appraisal of 50 of the city’s prostitutes and helpful notes on where to find them.
Information includes the women’s names, ages, the condition of their teeth and their temperament.
Now an actress, posing as Miss Watt, a prostitute described in the book as being of middle size, with light brown hair and good teeth but rather surly tempered, has put together a one-hour walking tour featuring some of the 117 brothels that operated along the Royal Mile.
They include the Old Town’s most popular house of ill-repute, in Barry’s Close, which attracted clients from the nearby court and law offices who could slip in unnoticed through an entrance at the foot of a flight of stairs off ­Parliament Square.
A snippet:
This Lady is about 21 years of age, of the middle ƒize, light brown hair, good teeth, but rather ƒurly in her temper eƒpecially after the glaƒs has gone merrily round; notwithƒtanding of this, ƒhe is not a bad companion, as ƒhe can ƒing many very fine ƒongs. She is alƒo miƒtreƒs of her profeƒƒion; and it is ƒaid, before ƒhe would ƒleep alone, ƒhe would rather pay a clever fellow for to do her buƒineƒs, as love is her ƒole delight.

Well “f” me, wonder if I will need a passport to go on the tour before long? 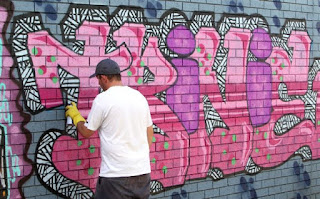 A street artist's attempt to bring colour to a back lane in the CBD is in a bit of bovver, the wall off Banks Place Geelong had originally been painted by Joel Macartney about six months ago, but had been tagged and vandalised earlier this month.
Last weekend Macartney and some friends painted three fresh panels of similar-styled street art. On Wednesday this was painted over by a council contractor, leaving a blank wall. 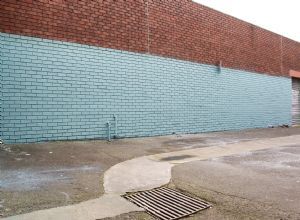 City CEO Stephen Griffin said some street art had been removed from part of Banks Place this week after unauthorised graffiti on top of earlier artwork.
He said a noted local street artist had carried out the initial artwork about six months ago, with permission from council and the owner of the property.
Mr Griffin said that in recent weeks there had been unauthorised and extended artwork applied on top of the original design, and this had been removed by council contractors after they checked the status of the alterations and extensions.
He said the council had been involved in further discussions with the artist over the past few days, and there was a possibility the artist would be undertaking some new work.

Think I prefer the blank wall....


Over to the land of love and Latin 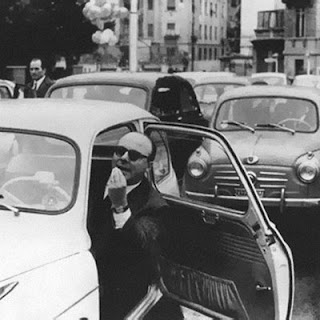 Allegedly a study of psychotropic drug levels in ambient air from eight Italian cities found background levels of cocaine, cannabinoids - the active ingredients in marijuana - nicotine and caffeine in every urban centre.
Turin had the highest concentrations of cocaine, says Angelo Cecinato at the Institute of Atmospheric Pollution Research in Rome. Meanwhile, Bologna and Florence had some of the highest cannabinoid levels, which Cecinato attributes to the large student populations in the two cities. The drug concentrations are much too low to have an effect, though (Environmental Pollution, doi.org/jhk).
And there was me thinking Italian drivers were naturally bonkers.....


Left a lot to the place where George came from
When it comes to chainsaw carving, one Belfair man is a cut above the rest.

He uses all tools of the trade to create masterpieces, but some say it's what he's working without that makes his carvings truly remarkable.

He does it all with one arm.

"I saw what he was doing, and I thought people have got to see this," says one neighbour.

"It takes a lot of drive," says another. "He just wrestles these pieces around like they're nothing."

It's been said the purpose of art is washing the dust of daily life off our soul. And when Jerry Tallman is at work, that dust is flying high. Six hours a day, six days a week, he's at his Belfair shop, where his steel-toothed chainsaw carves each contour.

"You can shape that grain any way you want," he says.

Jerry will be the first to tell you it's a demanding job - working the wood with one arm missing.

He shrugs through exhaustion because he loves his work - even if he doesn't have all his tools intact.


And before you ask; no he didn’t cut his arm orf with a chainsaw, he was hit by a tree on his shoulder while “logging”, and I was on the ground. Just that quick." he recalls.

The nerves were pulled from his spine. Doctors left his arm there for five years before amputating. Then it was back to square one.


That’s it: I’m orf to find out who EBay’s accountants are