Chucking it dahn, a definite dearth of lack of cold, not a hint of atmospheric movement and even less solar activity at the Castle this morn.


But the good news is that I don’t have to stagger around with the watering can...


And his Maj has discovered how to make a venetian blind disintegrate. 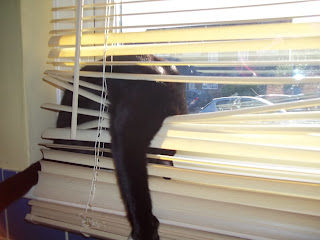 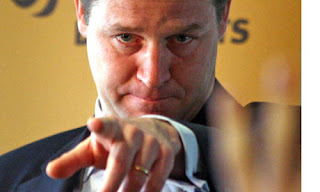 At the annual meeting of nonentities dahn on the sarf coast the non-gay deputy Prime Monster said giving free television licences, winter fuel payments and free bus passes to everyone was increasingly “difficult to explain”.
He called on well-off pensioners to help “make ends meet” by surrendering the handouts, warning it was not fair that Lord Sugar, the tycoon, for example, should be entitled to receive state assistance.


No nuts however pledged to continue to support universal benefits for the elderly, worth hundreds of pounds per person every year, until 2015 but suggested that the handouts are then reconsidered.


A Lib Dem health minister also indicated yesterday that the elderly would face paying higher taxes to fund their care in old age under reforms to be introduced later in the decade.

Still; the silver voters will sort this bollocks out at the next election...

And up in Smoke 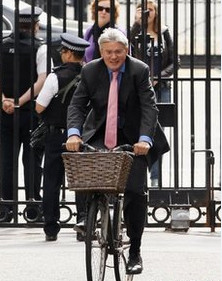 The row continues over the chief lash and “Plebs”, shadow home secretary Yvette Cooper said the Prime Minister appeared determined to prevent the truth coming out.
While he has apologised for showing a lack of respect to the police, Mr Mitchell insisted he did not use the words attributed to him - prompting angry complaints from the Police Federation that he was effectively accusing the officers involved of lying.
The Cabinet Secretary Sir Jeremy Heywood last night attempted to draw a line under the matter, arguing that there was no purpose in holding an inquiry as the officer concerned had accepted Mr Mitchell's apology and did not wish to pursue the matter.
According to the Telegraph, the police log describes Mr Mitchell speaking to a female officer on Wednesday evening and "demanding exit through the main vehicle gate into Whitehall".
He was told that it was "policy" for cyclists to use the pedestrian gate.
"Mr Mitchell refused, stating he was the Chief Whip and he always used the main gates," the report goes on.
"I explained to Mr Mitchell that the policy was to use the side pedestrian gates and that I was happy to open those for him, but that no officer present would be opening the main gates as this was the policy we were directed to follow.


"Mr Mitchell refused. Repeatedly reiterating he was the Chief Whip... After several refusals Mr Mitchell got off his bike and walked to the pedestrian gate with me after I again offered to open that for him.


"The members of public looked visibly shocked and I was somewhat taken aback by the language used and the view expressed by a senior Government official. I cannot say if this statement was aimed at me individually, or the officers present or the police service as a whole."


The log states that the officer warned Mr Mitchell that he could be arrested for swearing.


"Mr Mitchell was then silent and left saying 'You haven't heard the last of this' as he cycled off."


From the Urban Dictionary-

From more than lot of linear units over to the left 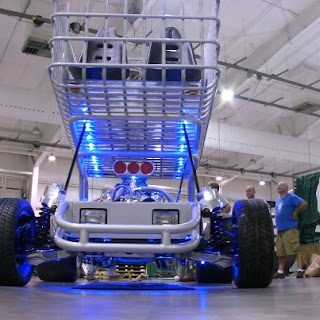 Comes the Shopper Chopper, a nine-foot-tall small-block-Chevy-powered​attention-grabbing shopping cart with a 350 cubic-inch engine and 500+ LED lights.


I want one! Imagine driving that dahn the aisles in Tesco’s and you wouldn’t even need to put a quid in the chainy lock thingy.... 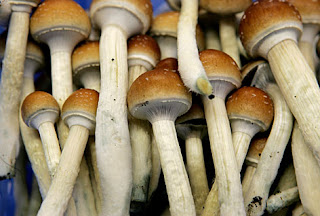 According to “experts” Taking magic mushrooms (psilocybin) can have a lasting change on the individual's personality, making them more open about their feelings and the way they perceive things.


Researchers from Johns Hopkins University School of Medicine, Baltimore, MD, USA, wrote in the Journal of Psychopharmacology. The authors explained that those who had mystic experiences while on psilocybin were more likely to subsequently exhibit certain personality changes, making them more forthcoming about their feelings, becoming more focused on being creative, curious, and appreciative about artistic things.

Psilocybin is a psychedelic drug - a substance whose main action is to alter perception and cognition. Its molecular formula is C12H17N2O4P. Its mind-altering effects are similar to those of mescaline and LSD. It effects may include, an altered sense of time, spiritual experiences, perceptual distortions, and thinking processes.

East to the place where gullibility is rife 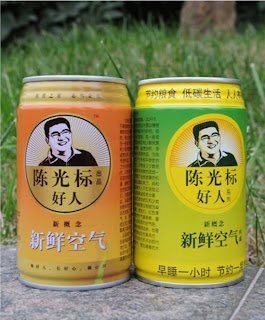 Chen Guangbiao, a famous Chinese businessman and philanthropist, has launched a line of canned fresh air collected from various parts of China and Taiwan. The product is called “Chen Guangbiao: Nice Guy” and sells for about $0, 80.
He has recently started selling canned fresh air collected from “revolutionary” areas of China, including Jinggang Mountain in Jiangxi Province and some ethnic minority areas and Taiwan. ”One only has to open the can, directly ‘drink’ it or put the nose close to the can to breathe deeply,” Chen said. He also mentioned there is a chip in the can, and during the “packaging process”, when the negative oxygen ions reach a certain concentration the lid is triggered by the chip and closed. And since the air is compressed, it stays inside the can even without a lid,


And the gullible bit?


”Chen Guangbiao: Nice Guy” air cans were flying off the shelves from the first day they were introduced, and they sold out in a matter of days-100,000 cans.


I’ve got a load of old empty milk containers full of ‘Ampshire air if anyone wants to make an offer...


Back in the land of fast food 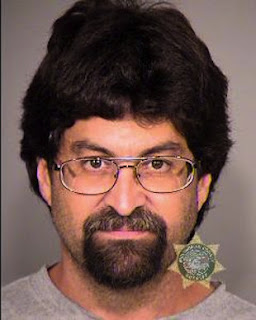 Jayme John Leon walked into a local McDonald's in Oregon on September 23 and ordered a quarter pounder burger without onions. But when he returned home, Leon discovered the burger was in fact topped with onions.
When he called the restaurant to complain, Leon was told he was entitled not only to a refund but also to a free replacement burger.
Leon reportedly ate the offending burger anyway but still showed up at the McDonald's demanding a refund and fresh burger.
"Since he ate the quarter pounder, McDonald's would not refund his money, sending Mr. Leon into a McFury," Sgt. Claudio Grandjean, Gresham Police spokesman, told the paper.
After tossing the drink and breaking the register, Leon then left the restaurant and headed back home.
He was intercepted by police and has been charged with first-degree criminal mischief, second-degree disorderly conduct, and harassment.

And his toys were confiscated from his pram…

That’s it: I’m orf to get the tape measure out 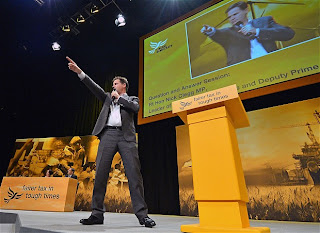 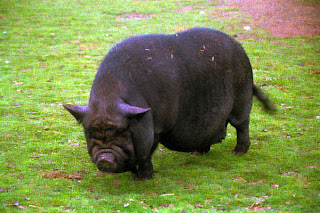 A Chinese man who found a “puppy” while out walking in the mountains took it home and reared it.

He took it for walks every day and became very close to the “dog”, but his neighbours in the village where he lived became concerned after hearing a wolf howl near their homes.

The police and a wildlife expert were called, the “dog was examined and the expert confirmed the pet was definitely a wolf with the obvious characteristics that it never barked and had a thick fur coat and tail. It has now been taken in by Qinling Zoo.

A surprised Mr Li commented: "It looks very much like a dog to me. I would never have suspected that it was a wolf.

Take a look at the photo on the link.


Should have gone to specsavers.

A Vietnamese pot bellied pig, knocked over a lamp which set fire to the house of its owner in Sweden.

Being a bit savvy, the pig jumped into the bath and escaped with a mild singeing, it was found by fire-fighters.

Personally I prefer my bacon crispy.


Dotty the Dalmatian does his thing

Mind you I don’t know what all the fuss is about, he still needs stabilisers!

A nurse looked out at her North Wales garden - and spotted a meerkat.

Jackie Morgan says the African animal looked "rather sorry for itself, standing upright and shivering in the morning frost".

She and husband Keith phoned animal rescue centres, a vet, the Welsh Mountain Zoo and Chester Zoo - but no one believed them.

But they captured it, took photos, and sent them to the zoo, and yes it was a Meerkat.


And finally, from my neck of the woods, in fact from my town.

Well the biologist is from my town.

A Hampshire angler has caught the biggest freshwater fish ever to be caught with a rod - a 55 stone stingray.

It took 90 minutes to land and 13 men to heave it out of the water, reports the Daily Mail.
Ian Welch, 45, who weighs 11st 7lbs, said: "It dragged me across the boat and would have pulled me in, had my colleague not grabbed my trousers."

The biologist, from Aldershot, was helping with a stingray tagging programme on Thailand's Maeklong River, when he hooked the fish.

"It buried itself on the bottom. I tried with every ounce of power but it just would not budge. After half an hour my arms began shaking and after an hour my legs went," he said.

"Another 30 minutes went by and then I put a glove on and physically pulled the line with gritted teeth."

Eventually the group towed the ray to the bank, put it in a paddling pool, tagged it and took DNA, before releasing it.

Mr Welch said: "I was exhausted afterwards. I did very little for the rest of the day - and just had a cold beer."


“I like pigs. Dogs look up to us. Cats look down on us. Pigs treat us as equals.” Winston Churchill