This was just days after a £15 Billion payout of OUR money.

“RBS director David Manson told execs to have fun, even though “we let a lot of shareholders down”. 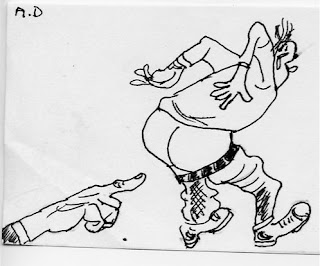 
“Staff were told to hide branded gear and RBS teddy bears were not given out.
A hotel worker said: “There were supposed to be 196 execs but they were so worried it would leak they cut it to 100, even though all rooms were paid for.”

An RBS spokeswoman said: “This was a working event to bring together our international team.”

What a load of selfish, self satisfied, brainless, inbred, insensitive, up their own arses wankers.

Gordon Brown, what are you going to do about this? The country would like to see 100 resignations on your desk today, after all WE are in charge of the bank now aren’t we?


The Sun has this little item.

The health benefits of beer

“A beer a day keeps Doc away”, the problem is of course that it is rarely one beer, and when after 10 or so beers the drinker is admitted to A&E it really doesn’t keep the Doctor away, unless of course the “pissed” abuses or attacks the medical staff.

From the Sun again.

I am not that interested in the above named; my only recollection is of her racial abuse of someone on Big Brother. Which unfortunately propelled her into “stardom” backed by someone who’s name I can’t remember- Max thingy.

And then the news was filled with stories because she has cervical cancer. OK, I have some sympathy for her, but I am afraid that the whingeing of “celebrities” leaves me cold; they have the money to get instant diagnosis and treatment. Unlike “proper” people who have to wait weeks and weeks just to see a specialist. And then months until their treatment starts.

Now she is whingeing about her “Chemo hell”, F…k off, that is what happens in real life, she is lucky to get treatment at all, when many people can only get medicines, if they pay for it themselves in order to live a bit longer.

The only good thing to come out of this is that smear tests have increased by 20%.

So Jade, life is a bitch.


And yet again from the Sun.

Here are my 7 ways to spot depression.

Or is that Recession?

And from the Sun again

Scientists have decided that-“Clever people outsmart their peers not because they have more grey matter but because part of their brain develops differently, a Nature study suggests.”

This of course comes from the good old USA.
Apparently it is all due to the size of your cortex. One quote of these scientists is-"It could be that people with superior intelligence also live in a richer social and linguistic environment, and that it is this that accounts for the sharp increase in the thickness of their prefrontal cortex in late childhood."

What a load of class distinction bollocks.

But the good news is Size Does Matter!

And finally from the BBC

An ASA spokesman said: "We concluded that the words 'less than' gave the misleading impression that a Malteser was low in energy."

Sorry girls, it’s no use flashing your tits at anyone, because they will be down to your knees if you keep eating them.