Home NHS: Ticket to housing: No Mermaids-official: Fast read: and ET is home.

Still chucking it dahn at the Castle this morn, spent the last couple of days orf doing “things” including a couple of hours and a quid or two having my annual Cholesterol fasting blood test up at the non magical Aldershot Centre for Elf where I sat with all the other “donors” in the cellar waiting for the “cashier number 2” board to announce my ticket number, listening to some inane “local” radio station and watching the receptionists (one of whom came in late) making themselves coffee and ignoring the ever ringing phones.

Which brings me onto other bits of the nearly privatised NHS 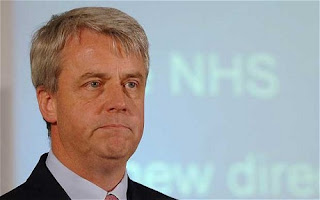 Hospitals are likely to see ward closures and fewer beds under the Coalition’s controversial NHS reforms, Andrew Lansley has admitted.
The Health Secretary argued the coming shake-up of the NHS would lead to “better services”, as more people will be treated in the home, rather than hospitals.
He has promised to protect “frontline services”, but around 60 hospitals are suffering dire financial problems because of deals sign with private companies under Labour.
The Health Secretary said whole hospitals would not “necessarily” close down because of financial pressures gripping the NHS.
However, wards and beds may shut as more people will be treated for health problems by GPs and at home under the reforms.
“If you have more services provided in the community, you will have less happening in hospitals,” he told LBC Radio. “That may mean wards shutting down, that might mean fewer beds."
The Piss Poor Policies Millionaires Club Coalition argues the proposed legislation will give GPs greater control over treatment and make the health service more efficient.


According to a Labour “spokesperson”


“Before the last election David Cameron promised a bare knuckle fight against hospital closures," he said. "Now that those very A&Es and maternity wards are closing one by one, it’s clear this was yet another cynical promise on the NHS.”

So keep a room spare if you ever need an operation.....but don’t worry abaht our shit for brains “leaders”, they all have BUPA.

A story for the baby boom bashers 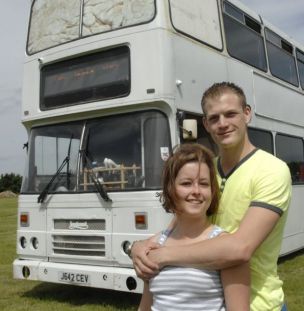 First orf have a read of THIS over at Orphans of Liberty.


And then peruse the story below.


A couple who were priced out of the housing market have spent £11,000 turning a double-decker bus into a home.
The self employed auto-electrician was desperate to move in with girlfriend, Stacey Drinkwater, 20, but the young couple couldn't afford to buy anywhere.
They couldn't save enough for a deposit and found it impossible to get a mortgage from the bank as Daniel is self employed so the electrician decided to buy the double-decker bus last October despite his mum telling him it was 'barmy idea'.
Daniel and Stacey now live in the converted 1991 Leyland Olympia and say they could not be happier with their solution to the plight facing first time buyers.
The bus, which was used on routes in Dublin and East Sussex is now kitted out with a double bedroom, a twin bedroom, kitchen, TV lounge, bar, toilet and bathroom.
It has full plumbing running throughout, a 220 litre water tank, and can be connected to mains electricity to power lights and appliances.
The kitchen has a hob, cooker, fridge and a sink with running water.
The vehicle is currently based on a plot of land, which the couple rent on the outskirts of Canterbury.


Stacey said: 'I love it.
My friends love it everyone thinks it is just a brilliant idea.


'Our mates who also struggle with high house prices even want to come and build their own house bus and live next to us.

So BBB’s use a bit of what is laughingly called your brain, get orf your arses and do something instead of blaming everyone else...

“No evidence of aquatic humanoids has ever been found,” the federal agency declares in a statement on its website.
NOAA, better known for issuing reports on such topics as fishery stocks and climate trends, was apparently moved to wade into the mermaid debate by an Animal Planet special that made the case for the mythical creatures’ existence. The special, called “Mermaids: The Body Found,” threw together “evidence” such as cave drawings, injuries to beached whales, and mysterious deep-ocean bloops to paint what it calls “a wildly convincing picture of mermaids, what they may look like, and why they’ve stayed hidden… until now.”

Glad that’s sorted out then.... 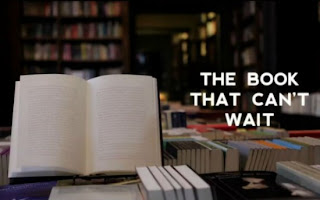 An Indie Argentinean publishing house has come up with an “innovative concept”, using disappearing ink that fades away in two months time.
Dubbed “El Libro que No Puede Esperar” (The Book That Can’t Wait), this “interesting” format was pioneered by independent Argentinean publishing house Eterna Cadencia, as a way to promote young authors, who ”if people don’t read their first books, never make it to a second.”
The books come sealed in a plastic wrapper, and once that is removed and the books cracked for the first time, the ink begins to age and in 60 days time readers are left with nothing but the covers and a bunch of blank pages. So if you want to get your money’s worth, you really can’t put one of these books down too often, after you’ve bought it. 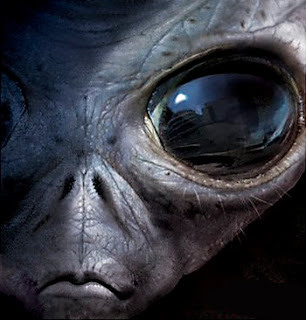 There could be four intelligent alien civilizations in our galaxy.

That’s it: I’m orf to paint a battery on my torch

And today’s thought:
HELP! Our horses are drowning Olympics 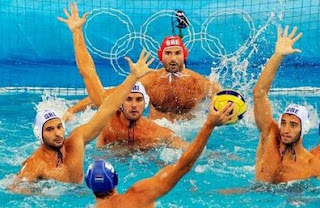