Warmish, calmish and darkish at the Castle this morn, the furnace is nicely stocked with fat teenagers, the study is nicely stocked with duff differential do-dahs, and his Maj has discovered the joy of sitting on the bird nesting box-just in case, still it keeps him orf the streets.
The falling down and lying in vomit thing is much better this day, that’ll teach you. 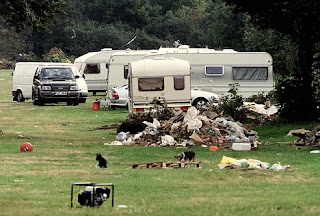 Well the Piss Poor Policies Millionaires Club Coalition has come up with a way to spend £47 million of our squids to “prevent” the problem occurring again.
Moves to create some 800 permanent sites across England for Traveller families will be announced today in an effort to defuse community tensions with settled residents.
Under the £47m initiative, new locations will be found from Cornwall to Co Durham for Travellers, preventing them from having to put their caravans on unauthorised land.
There are believed to be nearly 19,000 Traveller caravans in England, about 20 per cent of them on unauthorised sites. The award of cash to local authorities and housing associations is combined with stronger powers for councils to remove illegal sites and to stop people applying retrospectively for planning permission.
The money will be used to provide 884 pitches, of which 617 will be new and 167 will be refurbished. A further £13m is being set aside to develop further pitches. Ministers say that with previous planning laws Whitehall told councils how many sites to allocate to Travellers – a top-down approach that forced some councils to encroach on the Green Belt.
Andrew Stunell, the Communities minister, told The Independent: "If there are enough authorised and approved sites for the Traveller population, there is no need for an unauthorised or illegal settlement." 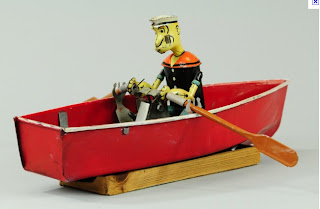 Told delegates in Washington DC yesterday that Britain will not tolerate an enforced closure of the 34-mile Strait of Hormuz, where 20 per cent of the world's oil passes through.
Tehran threatened to cut off the waterway this month in response to US and EU sanctions against the regime's suspected nuclear weapons programme.
Mr Hammond warned Iran of Britain's "determination" to keep the Strait open in a speech at the Atlantic Council. 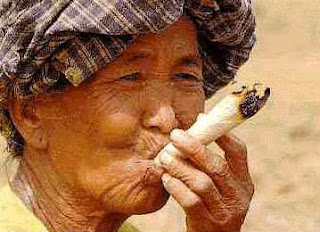 Has found that past or present drug use doesn't seem to damage middle-aged brains, British researchers studied the mental sharpness of thousands of 50-year-old subjects, and found that those who had used illicit drugs—mainly marijuana—actually performed better than others on tests of memory and other brain functions, Reuters reports. Around a quarter of test subjects said they had taken drugs at some point in their lives; 6% were still using drugs in their '40s.
The middle-aged tokers may have scored higher than others because the drug users tended to have a higher education level than non-users, the researchers say. "The results seem to suggest that past or even current illicit drug use is not necessarily associated with impaired cognitive functioning in early middle age," the lead researcher says. "However, our results do not exclude possible harmful effects in some individuals who may be heavily exposed to drugs over longer periods of time." 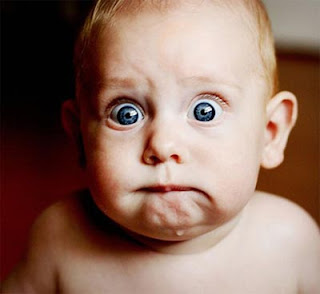 Police in Oklahoma City say a man was jailed for exposing himself to an employee at a maternity store where he was trying on clothing.
Authorities say 48-year-old Jeffrey Don Watson of Norman was booked Wednesday on a complaint of indecent exposure and was freed on $2,000 bail.
Police records allege Watson was trying on bras and dresses at the store at the Penn Square Mall on Dec. 27 when he asked the store's female manager for assistance in the dressing room.
The Oklahoman reports the manager told police that when she entered the dressing room Watson exposed himself to her.


Police say Watson has been arrested several times before on lewdness complaints. 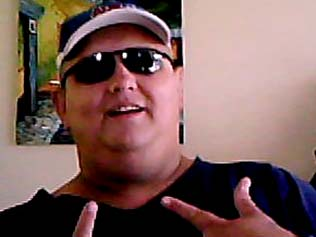 A morbidly obese man who fell through his lounge room floor sued the Department of Housing and claimed discrimination on the grounds the property was unable to support his 250kg frame.
Wayne Douglas told the Human Rights Commission that the department, which had allocated him a four-bedroom home in Macquarie Fields, had failed to provide him with a home suitable for his weight.
The commission terminated the case, so Mr Douglas went to the Federal Magistrates Court which heard evidence that the assigned home had termite damage and, when a carer moved some furniture so Mr Douglas could sweep the floor, he fell through to the ground below in November 2006.
Mr Douglas did not pay rent to live in the home - which the department had considered suitable due to it having a large shower recess - for almost six months.
Last night Mr Douglas said he suffered severe leg injuries in the incident, which led to blood clots, and he was still suffering as a result of the fall.
The court found Mr Douglas was free to refuse the property and apply for alternative residential tenancies.
It also found Mr Douglas had imposed conditions on where he lived, having asked the department to find him a home in the Macquarie Fields area. His case was dismissed and costs would be considered, court documents showed.
"They gave me a house that was termite-ridden, I went through the floor," Mr Douglas said.


"You might remember me, I was on Today Tonight they said I was too fat to be a dad. 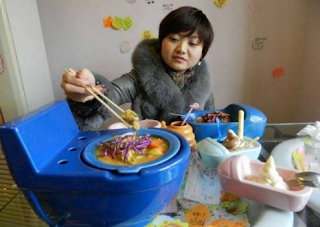 A new eatery called 'The S***house' dishes up its oriental delicacies served in replica toilets and bedpans.
The critics might pan it, but one restaurant in the Chinese capital Beijing has got food fans going potty for it.
The plop-up restaurant has queues around the block as punters prove that it's more than just a flush in the pan.
Co-owner Feng Lu said: 'We had the idea when we were discussing one of the worst restaurants we'd ever eaten in and one of us said it had been a real toilet. So we decided to see if we could make a restaurant that was just one big toilet.
"We can't quite believe how successful it's been. Now we're talking about opening a chain," added Feng.

Shouldn’t that be “pulling a chain”?


That’s it: I’m orf to try some herbal baccy 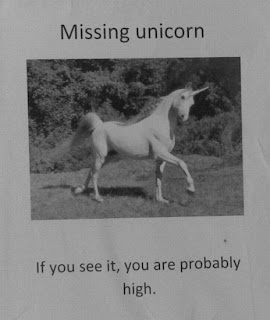