‘Tis cold, crispy and calm yet again at the Castle this morn, the study is overwhelmed with wonky what knots and his Maj has discovered the joy of shredding the shower curtain.


I spent an hour or so in the garden trying to move a large “mock orange” shrub, after digging all the way round the roots and then attacking the hole with my new axe, shoving a pry bar underneath it and jumping up and down on the handle, digging even more soil out around the blessed thing it hasn’t even moved a smidge-think I need a plan “B”.

And a happy 70th birthday to Mohammed Ali-he was the greatest. 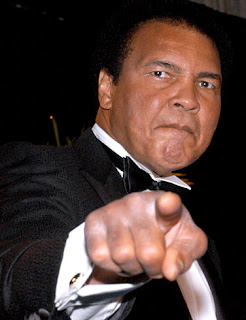 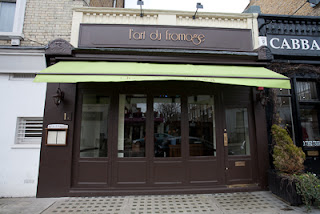 There is a new experience; L'Art Du Fromage, the first speciality cheese restaurant in Britain. The menu is built around cheese-based dishes: there are fondues, raclettes, a glorified version of cheese on toast and even cheese ice cream.
Mr Ledogar and his business partner Jean-Charles Madenspacher, who are both 24, have left their village outside Strasbourg, Alsace, to move to the UK. Their mission: to banish the British obsession with mild cheddar and ignite an altogether fierier relationship with aged milk curd.
Their restaurant, off London's King's Road, near Chelsea, has just opened for business.
The cheeseboard offers Roquefort (replete with the Penicillium roqueforti fungus and its "healing properties") and Langres (bathed in Champagne), and one of the dearest, the Salers de Buron.
Opening day didn’t go too well, the sole couple tucking into their cheeseboard lunch at L'Art Du Fromage were actually French relatives of the proprietors.


Staying in the capital 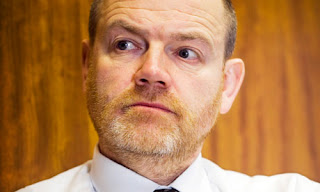 Allegedly four senior BBC executives have been paid hundreds of thousands of pounds in bonuses despite a pledge by the director-general to scrap the payouts.
The managers shared around £275,000 in top-up payments last year, Chris Kane, receiving £155,000 in addition to his £206,000 salary, according to the flailing sail, Chief technology officer John Linwood received a bonus of £70,000 last year, making his total pay £358,000 - a total which included a pay rise of £40,000.
On Demand general manager Daniel Danker, who is responsible for the "strategy and delivery" of the iPlayer catch-up service and Red Button interactive services, was awarded £40,000, taking his total pay package to £213,000.
Human resources director of vision, north and nations Claire Dyer received an additional payment of £11,000.

Nice to see that our license money is going to good causes.... 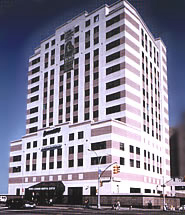 Patients at a Bronx hospital are getting billed for tens of millions of dollars because of a computer error.
Alexis Rodriguez says he almost had an asthma attack when he received a bill for $44.8 million from the Bronx-Lebanon Hospital Centre.
Rodriguez told the New York Daily News that he was hospitalized last spring with pneumonia and was afraid the bill was legit.
Turns out the company that prepares the bills had mistakenly put the invoice number in the space where the invoice amount should go.
The billing company is telling patients to ignore the multi-million-dollar bills. It is sending out corrected ones.
There was no immediate response from the hospital on Monday, which was a holiday.


That’s one way to cut the waiting lists....


Right more than a lot 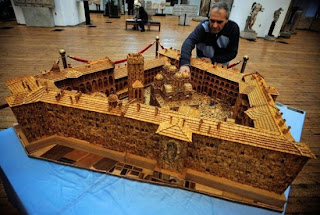 Bulgarian artist Plamen Ignatov, has spent the last 16 years of his life making a detailed matchstick model of the Rila Monastery, from around 6 million sticky things that come in small boxes.
Rila Monastery is the largest and most famous Orthodox monasteries in Bulgaria, and is regarded as one of the most important cultural and historical monuments in Southern Europe. It is also listed as a UNESCO World Heritage Site.


Never heard of it, and I hope he has fire insurance…


And talking of things that come in small boxes

Nearly 30,000 Mini Coopers are to be recalled in Britain after makers detected an electrical fault which could lead cars to catch fire.
German car maker BMW said the recall concerns 235,000 vehicles worldwide.
Safety checks revealed a problem which can cause the water pump to fail, potentially causing the car to overheat.
Manufacturers are investigating one case in Britain where a fire is being linked to the water pump, a spokesman said.
The recall relates to two models - the Mini Cooper S and the Mini John Cooper Works.
The company said owners will be issued with a recall notice in the next few weeks.
But a spokesman insisted the vehicles remain safe to drive and there is a "very low incidence" of the fault.

It seems that BMW are getting very close to British Leyland’s “that’ll do” mantra. 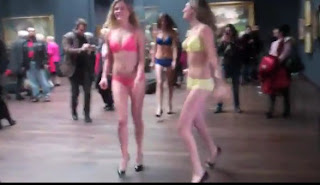 Paris's Musee D'Orsay is threatening to sue a lingerie company after three models paraded around the museum in bras and knickers.
Works by artists such as Van Gough and Renoir had to compete with models from lingerie firm Etam for the eyes of bewildered spectators.
The models were filmed for a video intended as a viral marketing campaign. It starts with the girls waiting outside the art gallery in trench coats.
Once the models are inside the gallery they shed their overcoats to reveal their scantily-clad bodies to astonished art lovers.
However, the museum was not amused by the stunt and has called the incident "a serious infringement of the Orsay's rights and the rights of others".
The museum's director has reportedly threatened legal action against Etam if the lingerie maker does not remove the video from its website.


Back over to the right to bear arms place 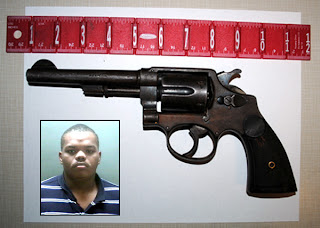 Police in Georgia believe that despite multiple searches after a traffic violation , a suspect managed to sneak a 10-inch gun into a prison last Monday by concealing the weapon in his rectum.
One day later, officers confiscated the .38 revolver from the jail cell of Michael Leon Ward, arrested Jan. 9, a statement from the Onslow County Sheriff's Office explains.
They'd performed a strip search on Ward and even required that he "squat and cough" to see if he held any contraband, but nothing turned up, according to MSNBC.
He was initially arrested because police allegedly found drugs and related paraphernalia during the traffic stop.
Jailhouse guards discovered the handgun in the toilet after other inmates reported Ward.

Ye gods! I pity the poor sod that has to clean it.

That’s it: I’m orf to get me face scanned. 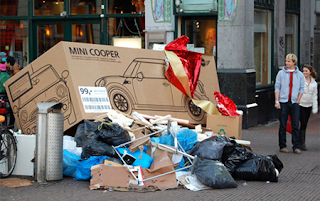