Clear, calm and very, very cold at the Castle this morn, his Maj is curled up on my lap instead of tearing around the garden and the study is still half full of expiring do-dads.

And talking of things computerised

I see that India's recently launched Aakash is the world's cheapest touch-screen tablet computer - with an off-the-shelf price of about $60.


You gets what you pays for 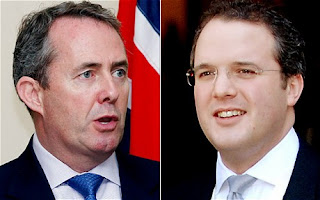 Allegedly the Defence Secretary had personally asked a City financier to bankroll his unofficial adviser.
Foxy Liam announced that he was resigning after detailed disclosures showed Mr Werritty’s activities were funded by companies and individuals that potentially stood to benefit from Government decisions.
Within an hour of Dr Fox stepping down, the venture capitalist Jon Moulton, who provided money for Mr Werritty, said the Defence Secretary had asked him to give cash to his friend’s firm. It is understood that an investigation into Dr Fox’s dealings with Mr Werritty by Sir Gus O’Donnell, the Cabinet Secretary, had concluded that his position was untenable.

Better late than never, but I look forward to seeing Sir/Dr Liam Fox in the Lords next year..... 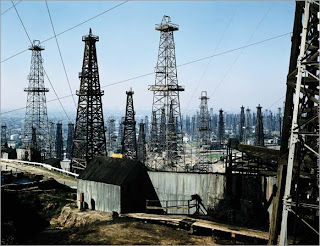 The end of oil is coming sooner than governments and oil companies are prepared to admit.
The assessment, based on officially reported figures, has once again pushed back the estimate of when the world will run dry.
However, scientists led by the London-based Oil Depletion Analysis Centre, say that global production of oil is set to peak in the next four years before entering a steepening decline which will have massive consequences for the world economy and the way that we live our lives.
According to "peak oil" theory our consumption of oil will catch, then outstrip our discovery of new reserves and we will begin to deplete known reserves.
BP's Statistical Review of World Energy, published yesterday, appears to show that the world still has enough "proven" reserves to provide 40 years of consumption at current rates. 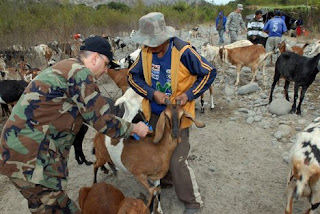 Colorado officials have disqualified the grand champion goat from this year's State Fair because they say it tested positive for an unapproved drug.
The Pueblo Chieftain reported Friday (http://bit.ly/r2l4oQ) that a second goat entered by another child from the same family also was disqualified for the same drug.
Susan Weinroth of Sedalia says the family got a letter from the attorney general's office saying her family's goats tested positive for a feed additive approved for swine but not goats.
She suspects the food may have been tampered with and says the family reported their suspicions to officials. She says the family will appeal.
Disqualification means her daughter and son can't collect their earnings from the sale of the goats, $5,500 for the champion and $1,300 for the other.

One in six cell phones in Britain may be contaminated with faecal matter that can spread E. coli, likely because so many people don't wash their hands properly after using the toilet, a new study contends.

The findings also suggest that many people lie about their hygiene habits, according to the researchers at the London School of Hygiene & Tropical Medicine and Queen Mary, University of London.

The study authors went to 12 cities and collected 390 samples from the cell phones and hands of volunteers, who were also asked about their hand-washing habits.

The study was released to coincide with Global Handwashing Day on Oct. 15.


Back in the States 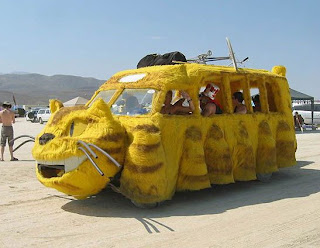 A mechanic was the one doing the surgery at an Ohio animal facility when a woman drove in with a cat stuck behind her minivan's dashboard.
WBNS-TV reports the mechanic had to take apart the dash during a three-hour rescue operation Thursday in the Columbus suburb of Hilliard.
Driver Nehal Dhruve says she hit the cat with her van and decided to take it to the local humane society. The brown and black cat wouldn't stay on the van's seat but instead hopped down and climbed up under the dashboard.
Mechanic Daryl McKay cut his hands trying to free the feline, so an animal control staffer with smaller hands took over and pulled it out.
Dhruve says she now wants to adopt the cat. 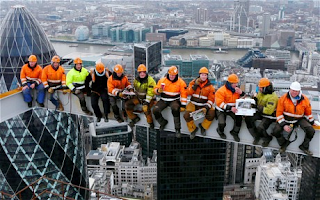 Construction workers who recreated a classic photo by posing on a girder 800ft above London may be fired for their stunt, the photographer claims.
Mick Crompton persuaded 11 of his friends to pose on the 48th floor of the Heron Tower with newspapers, doughnuts and a can of cider.
He hoped to recreate the famous 1930s image of steel workers on a lunch break as they built the RCA Building at New York's Rockefeller Centre.
But bosses are said to have taken exception to the 61-year-old's artistic efforts and have now warned the 'models' they could face disciplinary action.
It is claimed the workers breached health and safety rules by sitting sideways on the beam rather than straddling it.

That’s it: I’m orf to stock up on Nanotubes.

And today’s thought: If everything is relative . . . what is everything else?