Yet another scorcher in the offing at the Castle this morn, still haven’t “done” the garden, or washed the windows, but I have cleared the kitchen of broken thingy’s for the Easter weekend.
As promised, the sad tale of the Rover and the Honda.
Last Tuesday I drove down the town and parked in the “open air” car park, paid my ransom to the council and did a bit of shopping.
About an hour later I returned to the Rover to find that some kind person had hit both nearside doors and driven off without leaving a note. 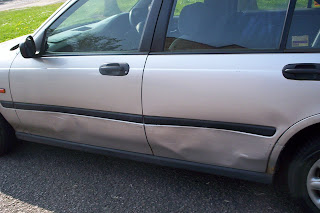 I rang my “Insurance Company” who told me that they wouldn’t pay up because I didn’t have anyone to blame and I could go away and procreate with myself.
That’s the bad news, the good news is that whilst on holiday at my sister’s place in Welsh Wales I mentioned that I was looking for a “new” car and it turns out that a Honda Civic was up for sale just down the road.
I had a look and the result is below, the thing that clinched it was the last bit of the number plate-very apt for a Dei. 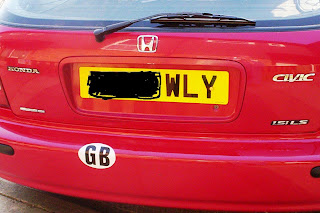 That’s the good news.
Despite all the hardship, terrible living conditions and being married to Phil the Greek for all those years, her Maj has managed to make it to 85. 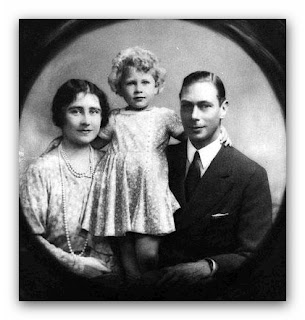 Click on the link above to see lillibet in pictures.
Bet Charlie is not a happy bunny this morn.
The EU money pit continues to siphon our cash 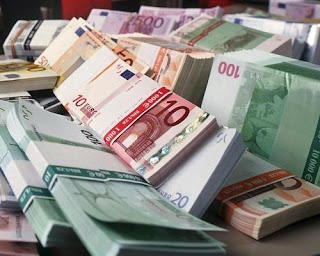 Here are some of the things we are paying for-
£94billion
The nine tenths of the EU's budget in 2009 that was “materially affected” by irregularities, projects that included the spending of more than £350,000 “improving the lifestyle and living standard of dogs” in Hungary.
£2billion
The annual cost of paying pensions to Eurocrats by 2040, British taxpayers will end up paying £350million of the total.
£136million
The amount British taxpayers paid for EU pensions in 2010, giving the average retired Eurocrat an income of almost £60,000.
You can see the rest by clicking on the link at the top, if your heart can stand the strain.
Over "la Manche" 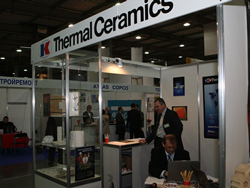 The entire workforce of a British-owned factory in France is taking strike action because managers only speak English.
Around 184 French staff at the insulation firm are staging walk-outs because it is impossible to discuss wage rises and working conditions.
Shop steward Thierry Juvin said bosses could only say “bonjour” before talks broke down.
Staff has been downing tools three times a day since the English management took over.
France’s CGT union representative Pierrick Dumont said: “I don’t think it’s up to us to make the effort to speak English. We’re French workers based in France. Every meeting is an ordeal.
"We have to have someone who translates everything into English and then anything our boss says has to be translated into French. This makes dialogue extremely slow, if not impossible.”
The former director left Thermal Ceramics, which makes ceramic fibre insulation at Saint-Marcellin-en-Forez near Lyon, in January and an English acting chief who can’t speak French was appointed.
France has a notoriously nationalistic workforce, with staff frequently complaining about the growing Anglicisation of working practices – from English being used as the exclusive language of business to reduced lunch breaks.
Thermal Ceramics is part of the British Morgan Crucible Company and has four factories in France.
Well Baise-moi.
Back in British Blighty 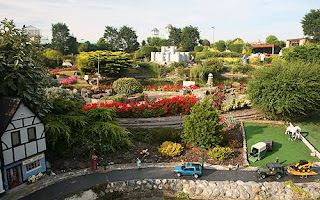 Thieves hit a new low when they pinched the lead roof from a building in a model village.

The gang scaled a 9ft wall, cut through barbed wire and dodged security cameras to break into Merrivale Model Village in Great Yarmouth.

But despite their efforts, it’s ­estimated they’ll only make about £30 from the stolen slate.


Times are hard…..
Across the wet thing to the left 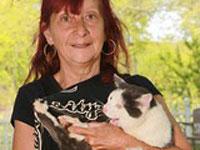 Buster has finally come down from a 150-foot pine tree in northwestern South Carolina after nine days, but the cat's owners aren't happy with local officials.
Linda Megretto told the Anderson Independent-Mail she expected to find the cat dead Monday, but her husband climbed a 40-foot ladder and coaxed the cat down.
Megretto says Buster stayed in the tree through two storms after becoming afraid when a neighbor chased the cat from his barking dog.
She says she called the Humane Society, fire department, police and animal control and got no help.
Sheriff's spokesman Chad McBride says there's no record she called.
Fire Chief Billy Gibson says firefighters no longer respond to such calls because of liability issues. Gibson says putting food at the base of a tree usually works.
Ah-the old Elfandsafety ploy….
And finally:
Right a fair bit to the North-ish bit of our green and sunny land.

Snow White and the Seven Dwarfs will make do with child actors wearing masks instead when it runs at the Wolverhampton Grand Theatre in December, to keep costs down.
Theatre-goers said they felt cheated by the austerity measure while one dwarf actor, who was originally billed to perform, was said to be “devastated”.
The pantomime, starring former glamour model Linda Lusardi as the Wicked Queen, is now looking to recruit child actors to fill the seven slots vacated by dwarfs.
Jonathan Kiley, the executive producer of the show staged by QDos Entertainment, said: “Shows have become incredibly expensive.
“Audiences expect amazing effects and the sound quality they would get from the stereo in their homes.
“We want the shows to be as fantastic as possible and we spend a lot of money on effects.
“It costs hundreds of thousands of pounds to put the show on but we have to balance that.
“Money isn’t limitless and dwarfs are very, very expensive.”
Bet Dopey is a bit Grumpy.
That’s it: I’m orf to get a rolled up newspaper.
And today’s thought: I don't know why I should have to learn Algebra... I'm never likely to go there- Billy Connolly