At last, something we are not the worst at: 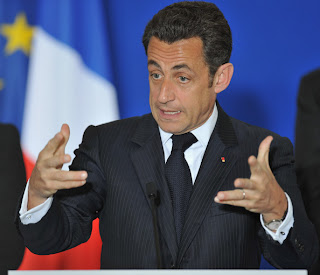 Penny-pinching, rude and terrible at foreign languages: French people are the world's worst tourists according to a study of the global hotel industry released on Thursday
Carried out last month by TNS Infratest, the study asked 40,000 hotels worldwide to rank tourists from 27 countries based on nine criteria, from their politeness to their willingness to tip.
Clean and tidy, polite, quiet and uncomplaining, Japanese tourists came top of the crop for the third year running.
At the other end of the spectrum, French holidaymakers and business travellers were the least generous or ready to tip, and ranked next-to-last for their overall behaviour and politeness.
Pushy French travellers made amends on elegance -- classed third -- as well as for their discretion and cleanliness.
But the French were the least ready to try a new language, unlike US tourists who were most likely to swallow their pride and order a pizza, baguette or paella in the local lingo.
US tourists also got top marks for generosity -- as the biggest spenders and tippers -- but fell short on other counts as the least tidy, the loudest, the worst complainers, and the most badly dressed.
Despite clichés about beer-guzzling hordes descending on Mediterranean resorts each summer, Britons came a surprise second for their overall behaviour, politeness, quietness and even elegance -- second for dress sense only to the Italians.
But the model Japanese were followed by Canadians as the least likely to whinge when a trip goes wrong.
France's rivals for the "worst tourist" tag, Spaniards and Greeks came near the bottom of the pack in almost every category. 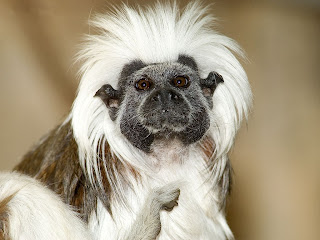 It seems that researchers have “discovered” that cotton-top tamarins are able to spot if the order of syllables in a word is "wrong".
They familiarised the monkeys with two-syllable terms, and recorded their reaction to words that were not consistent with that syllable pattern.
The team says the work illustrates how many animals use patterns that have become intrinsic to human language.
And this provides evidence of the "non-lingual" origin of certain aspects of language, the group told BBC News.
In the experiment, the monkeys were played a series of different words that all shared either the same first syllable or second syllable.
The idea was to investigate the origins of the prefixes and affixes used in many languages to indicate tense.
In English, for example, the past tense of a verb can be composed using the suffix "-ed" - "walk" becomes "walked".
Professor Hauser described how evident this innate ability is when a child learns language.
"As a child learns to use the past tense," he said, "they may generalise and use a suffix wrongly, but they will never generalise in the wrong direction.
"You never hear them say ed-walk instead of walked."

Of course you don’t because they are Human, not monkeys.
Fancy applying for a clinical trial? 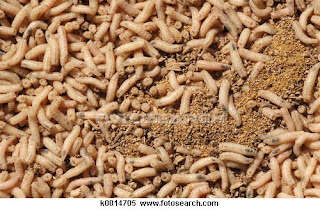 Two hundred patients are being sought for a trial looking at how efficient maggots are at wound cleaning.

Cardiff University is teaming up with Bridgend-based ZooBiotic, the UK's only commercial producer of medicinal-quality larvae for the 12-month trial.

Eight hospitals across England and Wales will collaborate on the project.

Researchers will gather evidence over 12 months how effective maggots can be in speeding up healing and cutting the length of hospital stays.

Prof Keith Harding, head of Cardiff University's department of wound healing, said Wales was leading the way in this area of research.

Anecdotal evidence suggests that maggots are extremely successful in the speedy and effective cleaning of wounds and the year-long trial aims to translate that into hard evidence.

ZooBiotic spokeswoman Gill Davies said: "There is a huge amount of anecdotal evidence indicating that maggots are extremely effective in wound cleaning.

"The time has come for this to be backed by further clinical evidence, which is why, we, as a small business, are prepared to invest significantly in conducting this important UK-wide clinical trial.

"It has taken us more than a year to set the wheels in motion, clearing the protocol with regulatory bodies and ethics committees.

Nice, but hasn’t this been known about since Waterloo?

What’s in a name? 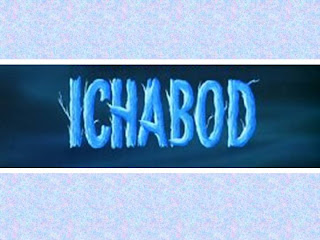 A Chinese girl who was named Chicken Dung has had it legally changed now that she is an adult.

Zhu Xiansheng, the father of the girl, gave her the name on the advice of a doctor after she was ill as a baby and chicken manure was used to treat her.

She was named Ji Shi, which means Chicken Dung, but always hated the name, reports the Southwest Morning Post.

However, she was stuck with it until she was 18, the legal age for name changing in China, when she changed it to Yingzi.

"At last, she is no longer afraid to show anybody her ID card," said her father, of Lindong village, Fujian province.

Other “wonderful” children’s ‘names are:

Angus Dei-NHS-THE OTHER SIDE
Posted by Angus Dei at 07:50 15 comments