So that’s 2009 out of the way and I’m not sure what to call the “new” year; two thousand and ten or twenty ten, I know which one I prefer to write.

The old year staggered out as it began-crap, but I suppose I should take some heart that I managed to piss off somebody or some “body” enough for them to try to close me down, maybe it’s the new blog- NHS Horror Stories that did it.

Still, the world keeps turning, the frost is getting thicker and my pussy is still as noisy as ever. 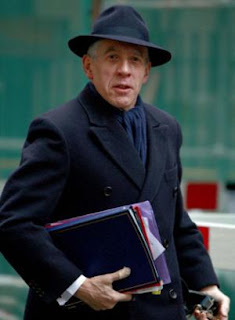 I see that Jack Straw has managed to annoy the entire British police force by telling them that they have the "wrong approach” to dealing with the public.

He said he was “sceptical” about suggestions that police were overworked or burdened with excessive amounts of red-tape and form-filling which forced them to remain at their desks.

Instead, he suggested they were using form-filling as an excuse not to go out on the beat. He claimed there was a lack of discipline among police officers, with "striking" differences in crime clear-up rates between forces across the country.


“Some police officers - whatever they may say - actually quite enjoy staying in the police station in the warm.”

Last night, the comments by Mr Straw, which were backed by his Cabinet colleague Alan Johnson, the Home Secretary, provoked a furious row with senior police officers and politicians.

Good one Jack. That’s another few thousand votes Labour won’t get at the election 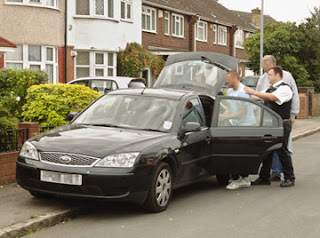 And staying with “law and order” it seems that Police forces are spending half a million pounds a week hiring cars, new figures reveal.

Forces in England, Wales, Scotland and Northern Ireland spent £132 million on rental cars in the last five years. That averages more than £70,000 a day.

The revelations come as forces are trying to save cash ahead of anticipated cuts in public spending.

Liberal Democrat home affairs spokesman Chris Huhne, who uncovered the figures, said: "At a time when police budgets are under extreme pressure, it seems unnecessarily lavish to be spending over £70,000 a day on hire cars.

"Hiring cars at appropriate times can save forces money but if they are being hired while police cars are not in use, it is simply a waste of taxpayers' money."

The totals were revealed in Freedom of Information Act requests to the 43 forces in England and Wales, the eight Scottish forces and the Police Service of Northern Ireland.

In total £132,312,000 has been spent on hire cars since 2004. The Metropolitan Police, the country's largest force, spent nearly £50 million on its own. West Midlands Police spent nearly £10 million in the same period.

Matthew Elliot, chief executive of the Taxpayers' Alliance, said: "If the bill for hire cars is going into the tens of millions, it's time the police looked again at their procurement strategy and started buying more cars rather than hiring them.

"Everybody knows that it is more expensive in the long run to rent something so the police should economise and spend our money more wisely by buying cars rather than hiring them."

A spokesman for the Association of Chief Police Officers said: "Obviously marked police vehicles are used daily but some aspects of policing, such as covert work, need unmarked vehicles and hiring them can be cheaper rather than owning them."

Great idea, they can hire my motor for ten grand a week.

On me head moosey 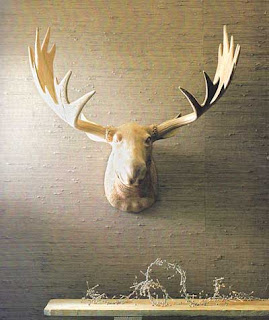 A Web designer says she was struck by the decor at a New York City restaurant - when it fell on her head.

Raina Kumra says in a negligence lawsuit filed last week that a 150-pound (68-kilogram) stuffed moose head with 3-foot-(90-centimetre-) wide antlers plummeted off a wall at the Scandinavian-themed White Slab Palace on Oct. 4 and hit her. She says she suffered a concussion and other injuries.

Never mind that was the Moose head damaged?
How many firemen does it take to rescue a dog? 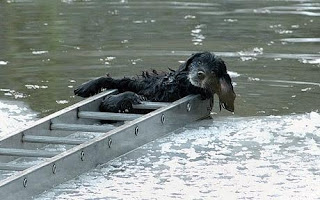 A dog who slipped into a frozen duck pond escaped death after a team of 17 firefighters came to his rescue.

As the dog struggled to escape, fire crews from Kilmarnock and a water rescue unit from Ayr raced to the scene after the alarm was raised.

Using ladders and specialist equipment, they managed to reach Matt and fish the shivering Spaniel out of the pond.

The firefighters were hailed as heroes by grateful owner Shelia Johnston

"I still can't believe one little dog caused so much fuss and had 17 firemen looking after him. I'm so grateful to all of them," she said.

Stevie Logan, Kilmarnock Fire Brigade's station commander, said: "The dog was in clear distress and had been in the water for some time when we arrived.

"He was trapped in a circle of water with ice surrounding it and couldn't get out.

"The people in this case did exactly the right thing by phoning us, and not attempting to rescue it themselves.

"Too many people have drowned trying to rescue their dogs, and although it is a hard thing to do to stand by and watch the dog struggling, we do have the specialist knowledge and equipment to carry out a rescue."

Well done guys and a hint to the dog walker-keep the feckin dog on a lead when near frozen ponds. 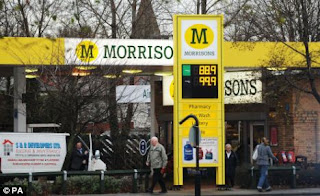 Ron Wyde, 69, was buying four-star at a Morrison's store when a pipe on his petrol tank came loose.

Two litres of petrol spilled out and Mr Wyde explained the leak when he paid at the kiosk.

He waited as the fire service arrived for a quick clean-up operation at the filling station in Barry, South Wales.

However, a week later Mr Wyde received a letter from Morrison's demanding £670 - and a warning they would send bailiffs round if he didn't pay-up.

The letter explained they sent two service engineers from Wigan, Lancashire, to make sure the petrol station was safe.

The bill stated he spent six hours travelling the 440-mile round trip to Barry for the job - which took just 40 minutes using a jet wash.

Mr Wyde, a retired pipefitter, said: "It would be laughable if it wasn't such a big bill.

"It was a small amount of petrol - about two quids worth.

"The fire service had cleaned it up in minutes and they didn't charge for that.

"I was amazed to get such a huge bill - it was a complete surprise.

"I was being asked to pay for someone to drive all the way from the North of England to deal with a small amount of petrol which had already been cleaned up."

He said: "I told Morrison's I was not paying but they threatened me with recovery agents.

"I thought they were behaving like bullies - I'm sorry I accidentally spilled petrol but I paid for it and the fire service cleaned it up."

Mr Wyde put the matter in the hands of his solicitors and Morrison's backed down.

A spokesman said: "It was a specialist service and had to be carried out by an approved company.

"However it was an error to charge the customer for the full amount.

"We would like to apologise to Mr Wyde and as a result will cancel all charges to him."

A weeks free shopping would be a better way of apologising-corporate Numpty.

That’s it for now; I will be spending the rest of the day either restoring that which was lost or preparing the new site.