WOULD YOU BELIEVE IT? 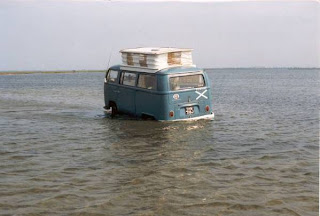 Back to normal today (well as normal as I get):

A US man has been arrested and charged with drink driving after he crashed a motorised bar stool.
The 28-year-old man invented and created the bar stool which he says can reach speeds of 38mph, reports the Newark Advocate.
Police reports said he rolled the Frankenstein-esque lawnmower and bar stool combination on his way home from the pub in Newark, Ohio.
The man claimed the bar stool could reach speeds of 38 mph on its five-horsepower engine but that he was travelling at about 20 mph when he crashed it.
He allegedly admitted to drinking about 15 beers when interviewed by police at hospital but insisted that was after the accident.
“I was riding bar stool and I wrecked. I wasn’t drinking when I wrecked, I drank afterward because my head hurt," he told WCLT Radio.
The man was issued a citation for operating a vehicle while intoxicated and driving under suspension. He has pleaded not guilty at an initial hearing.


Yep! The management even manages to firk it up in space:

Gennady Padalka, 50, told Russia's Novaya Gazeta newspaper the lack of sharing was lowering the crew's morale.
The veteran cosmonaut said the problem was due to the ISS becoming a more commercial operation, reports the BBC.
He said Russian and US cosmonauts had worked in perfect harmony for many years but the problem began in 2003 when Moscow started billing Washington for sending its astronauts into space.
Before he lifted off to join the ISS crew on Thursday, Mr Padalka had asked whether he could use a US gym to stay fit.
"They told me: 'Yes, you can.' Then they said no. Then they hold consultations and they approve it again. And now, right before the flight, it turns out again that the answer is negative."
The regulations now required US and Russian cosmonauts to eat their own rations, he said, adding: "They also recommend us to only use national toilets."
But Mr Padalka said: "Cosmonauts are above the ongoing squabble, no matter what officials decide. It's politicians and bureaucrats who can't reach agreement, not us."

Just one question-what the F is a “national Toilet”?

An amphibious coach claimed to be the most advanced in the world has been launched, allowing bus passengers to take to the waves.
The Amphicoach, which carries up to 50 passengers, is the brainchild of Scotsman George Smith.
The vehicle drives like a traditional coach until it reaches water, where its makers say it exhibits 'astonishing' sailing abilities.
The coach's wheels retract into a hull, made from marine-grade aluminium, allowing it to reach speeds of up to eight knots, powered by a jet-drive unit.
The spokesman added: "Due to the vehicle's superior stability and safety features the Amphicoach is a Modern Technological Wonder.
"Soon people will no longer be satisfied with just a city coach tour, they will want the complete package, a city coach tour with a water cruise built in."

A Gateshead man travelled all the way to New Zealand - thanks to donations from people who use Twitter.
Paul Smith, 33, dubbed the Twitchhiker, made the 11,000-mile trip without buying a single ticket, reports the Daily Mail.
He gave himself 30 days to complete the trek, and was forbidden to spend a penny on so much as a taxi journey.
"The Twitchhiker project showed that kindness is universal, that the whole can be infinitely greater than the sum of its parts, and that social media may begin online but it will converge with the real world whenever and wherever you let it," he wrote in his blog.
His original goal was Campbell Island, a remote outpost off New Zealand, but that would have relied on a ship's captain prepared to cross treacherous seas on a six day round trip for free.
So instead he headed for Stewart Island, population of just 400, and said he was satisfied with that.
"The aim was to travel as far as I could from home as possible within 30 days, and by reaching Stewart Island I'd travelled to a place the majority of New Zealanders have never set foot on," he said.

Great idea, by the way I could do with a new motor!


German woman divorces husband for cleaning too much- Reuters

BERLIN (Reuters) - A German woman has divorced her husband because she was fed up with him cleaning all the time.
German media reported the wife got through 15 years of marriage putting up with the man's penchant for doing household chores, tidying up and rearranging the furniture.
But she ran out of patience when he knocked down and rebuilt a wall at their home when it got dirty, Christian Kropp, court judge in the central town of Sondershausen, said Thursday.
"I'd never had anyone seek a divorce for this," he said.
(Reporting by Franziska Scheven; editing by Myra MacDonald)

I don’t know you can’t please some people!

“As soon as you begin to believe in something, then you can no longer see anything else. The truth you believe in and cling to makes you unavailable to hear anything new.” Pema Chodron