Usual lack of warm, just as much solar stuff, quite a lot of atmospheric movement and gallons of evaporated skywater at the Castle this morn, just returned from the stale bread, gruel and his Maj’s food run dahn Tesco, the place was awash with interweb robots and one actually managed to crash into me while I was stood still trying to choose which flavour Dreamies to purchase for himself.


And I have finally finished the antibiotics for my toofache...


According to an “official survey” 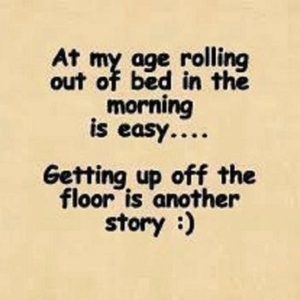 We think that we become old farts at 59 years, two months and two weeks; government researchers interviewed 2,162 Blightyites to determine this crucial “fact”.
And allegedly the age of no longer being young starts at 40 years, eight months and two weeks.
On average, women think old age starts at 60 years, four months and two weeks. Men think it starts at 58 - potentially because they tend to live shorter lives.
Those under 50 say old age begins staggeringly early - at just 46. But for those over 50, they say it begins at 62-and-a-half.
Those living in council housing say old age begins five years earlier than those who own their homes.
And the unemployed say middle age begins a huge nine years earlier than those in full time work.


Men believe they stop feeling young early than women do, at 38-and-a-half rather than 42 years and nine months.
Among 16 to 24-year-olds, this marker of middle age begins at 32. The over-80s believed that for them it began at 52 - just two years after the youngest group believed old age begins.


A spokesman for the Department for Witless Pillocks said “the disparity in perceptions” of ageing showed “the potential for age stereotypes to be applied in very inconsistent ways".


Who pays for this bollocks in this age of austerity-oh yes; we do....


All over our brown and muddy land 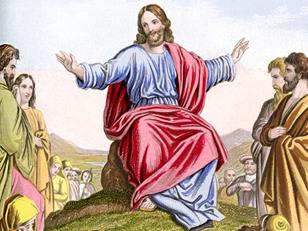 Film classification chiefs have seen "a spike" in the number of people complaining about a controversial film portraying Jesus and his disciples as gay men - even though it does not exist.
The British Board of Film Classification's (BBFC) senior examiner Craig Lapper said there was a "constant issue" with rumours that a movie version had been made of a controversial play called Corpus Christi.
The play, by Terrence McNally, is set in modern-day America and deals with issues including gay marriage but has never been made into a film.
Mr Lapper said: "I think it was a bit of an internet hoax several years ago suggesting a film was being made of the play in which Jesus and his disciples were portrayed as homosexuals, and I can remember replying to people concerned about this blasphemous film back in the late 1990s.
"And this year again, for whatever reason, there was another spike in people writing to us to insist that we ban this terrible blasphemous film. We just had to write back and say, 'This film doesn't exist'."


The BBFC received six complaints about it in 2011 and another two queries this year, with complainants often asking them to ban the film on the grounds it is blasphemous and offensive.


Left to the home of cheap Leccy and the land of bright sparks
US basement hacker Rob Flickenger has “invented” a 20,000-volt Tesla coil lightning-blasting Nerf gun.
After brushing up on his physics using online MIT courses, Flickenger, through trial and error, setup the interior circuits.
"I'd switch it on, and nothing would happen, so I'd switch it off. Then I'd switch it on again and set something on fire," he told Popsci.com. In the end he used the transformer from an old television -- the current from an 18-volt lithium-ion battery flows through a circuit series over and over again, doubling the power each time. It then flows into a Cornell Dubilier capacitor bank, which stores it until it reaches 20,000 volts -- at this point, the current can jump between two tungsten wires, creating a spark (this part is housed in porcelain and a computer fan is fixed nearby to make sure it doesn't get too hot). The current jumps from one wire to the next, then feeds through to one coil (insulated high-voltage wire), then the next (plumbing pipe wrapped in copper wire). This process induces a magnetic field, which in turn creates an electrical field at the gun's nose and finally, the bursts of electric blue lightening.
It took him nine months to build and was made using cheap everyday objects like old cans, an old TV and a lithium-ion battery from a drill. The total cost came to around $800 (£500) and, after nine long months tinkering away at it, Flickenger debuted the lightning bolt gun at his wedding reception.


Back in up Norf-ish Blighty 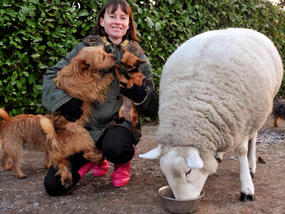 Timmy the sheep thinks he’s a dog. He even sleeps in a kennel and goes for walkies.
Timmy was rescued by farmers Samantha and Eric Perry after being orphaned when he was just few days old.

He bonded instantly with the couple’s dogs while being bottle-fed at their home in Aston-on-Trent, Derbyshire.
Samantha, 42, said: “Timmy definitely thinks he’s a dog – he always has.

“His favourite food is dog biscuits. When we take the dogs for a walk, he thinks nothing of coming along with us.”

Now weighing 200lb, he has a new pal, Pandora, a tiny Chihuahua.

Samantha said: “He is great with her and all the other dogs. The fact that he thinks he’s a dog just adds a little eccentricity.”


Back to the left quite a way 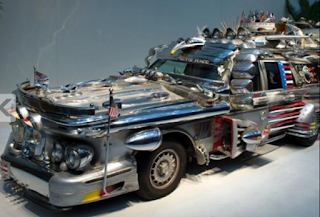 According to the owner,  this pile of bits is worth a million Dollars, Antti Rahko's scrap metal stretch limo, the Finnjet, was insured for a million for its trip to star in the recent Essen Motor Show in Germany - and will likely have a similar asking price when it goes up for sale shortly.
Rahko, a former chauffer from Finland now living in the US state of Florida, spent 10 years building the Finnjet from scrap parts grafted onto a platform from two Mercedes-Benz 300TD station wagons.
It stretches over eight metres long and weighing in at 2.78 tonnes - and just in case that size isn't enough to catch your eye - the bizarre behemoth sports 86 lights, 36 mirrors and two natty jet engine housings containing the exhausts.

It ain’t what you ask for it-it’s what you get for it that counts...


That’s it: I’m orf to find a Giant Panda (just in case the toofache comes back) 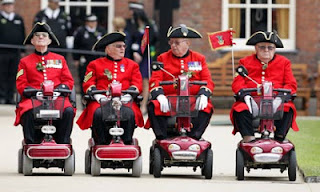 
Warmish, wettish and a whimsy of mist at the Castle this morn, the foreign flu is still around a smidge-I have this urge to make a silent film and I have just returned from Tesco on the stale bread, gruel and his Maj’s food run. 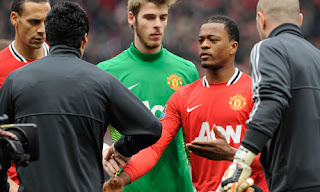 I see that while Blighty sinks into the west along with its economy U-Turn Cam is to hold a summit on racism in something called football in an attempt to ensure that the sport is not dragged back to the "bad old days" by recent race controversies, Jeremy Hunt, the culture secretary, said on Sunday.
The event will take place this month and, although details have not been finalised, it is expected to include player representatives and senior figures from bodies including the Football Association and the Premier League.


How to buy UK citizenship 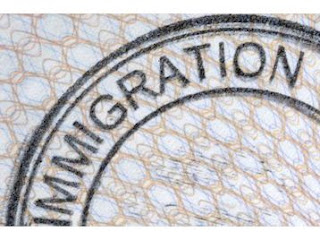 The number of wealthy foreign nationals granted investor visas to stay in the UK has risen six-fold since they were introduced three years ago. In 2011, 320 visas were issued to individuals with £1m in capital, according to the commercial law firm McGrigors.
The biggest growth is among applicants from Russia and former Soviet states, who account for a third of investment visas, which are seen as a fast track to UK citizenship. Yuri Botiuk, a partner at McGrigors, said that Russian investors continued to see Britain as a place of stability in which to invest their cash.
Fifteen per cent of investment visas are now allocated to Chinese citizens who make up the second main national group.

Be a Blightyite-if you are rich....

Want some patients to be kept alive solely so they can become organ donors as part of an urgent medical and ethical revolution to ease Britain’s chronic shortage of organs, doctors’ leaders say today.
A new BMA report also suggests hearts could be taken from newborn babies for the first time and body parts could be used from high -risk donors.
The BMA wants a debate about the use of an ethically contentious practice called “elective ventilation”, in which patients diagnosed as dead – such as those who have suffered a massive stroke – are kept alive purely to enable organ retrieval.

Nice to see that the NHS is “patient led”...


Right a bit to the land of pasta and posh motors 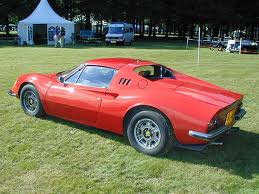 Italy's crackdown on tax cheats has many well-heeled drivers spurning their hot wheels for more prosaic cars to avoid unwelcome attention.
"Since December about 30 people have come to return their cars as they fear intense tax raids," a luxury car dealer said in Milan. 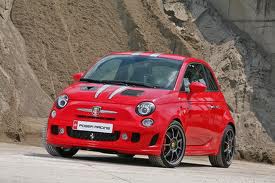 Domenico Minervini from the financial police in the central Emilia-Romagna region, added: "The tax office has begun to spread fear.
"Many citizens are bringing back their prestigious motors evoking the financial crisis but in reality they are scared and want to hone down their taxpayer profile as their declared revenues have been very low until now." 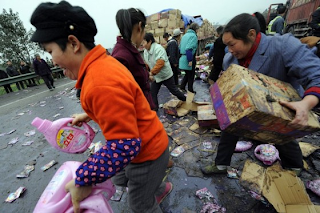 A large cargo truck carrying laundry detergent worth millions blew out a tyre in Qijiang county of Chongqing, drove through the centre divider, and stopped on the other side of the road, the cargo on the truck scattered all over the ground. After the villagers near the highway found out, one after another they rushed onto the highway to loot the scattered goods. 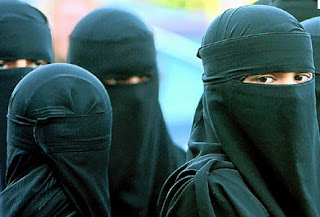 The Islamic Women's Welfare Association wants new migrants to get taxpayer subsidies to visit overseas relatives, and Australia should consider how to "facilitate the purchase of homes for new migrants".

In a submission to a federal multicultural inquiry, the association has urged the Government to give tax deductions to newly arrived migrants so they can visit relatives in their homelands.

"Migrants face a lot of sacrifices such as having to travel long distances to visit relatives, spending on communication costs, missing out on some events occurring in native countries etc," the submission said.

"This loss should be compensated by the Government in one way or the other to retain migrants in their country of adoption."

If you don’t like where you live fuck orf home-is that racist? 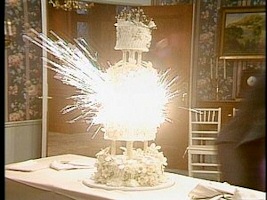 Food artists Bompas & Parr are launching a food explosion service for weddings where for a fee a trained explosives technician will lay charges within your wedding cake ready for you to detonate.

A spokesperson for the firm said: "Traditional wedding cakes are a triumph of spectacle over taste. Bompas & Parr’s food explosion service pushes this ethos to its ultimate conclusion.

"The ritual of cutting the cake is significantly enhanced through the explosion, the sense of occasion heightened by the blast and your guests are spared eating flavourless fruitcake."

The service starts from £800 and includes a risk assessment and an explosive technician liaising with your cake provider to tell them how their creation will be destroyed.


That’s it; I’m orf to substitute some metal 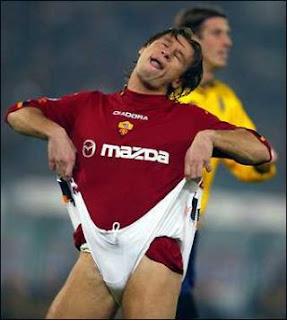 Where to keep your brains.