Benefits of Blighty: Motoring poverty: Lambo Veneno: Best jobs in the world: Shit IKEA cakes and the latest advice from the Government.

Spring sprung and then buggered orf at the Castle this morn, immense lack of warm, sod all solar stuff, a whimsy of atmospheric movement and not a drop of skywater, still it was nice while it lasted.


The Irritable Bowel Twins are not very happy 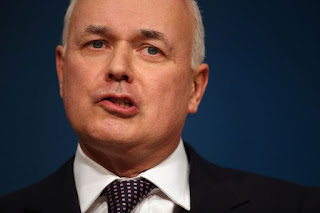 Corporal Jones has nothing on the top dick at the Dept of Witless Pillocks (DWP) when it comes to running around like a headless ‘Orse bemoaning the fact that he ignored the up and coming influx of EU foreign nationals coming to the UK to claim benefits for the last couple of years.
But of course it isn’t the IBS twins fault apparently "he has been fighting a rearguard action over what was left to me by the last government."
And "The reality is that it is all right for [Labour] to moan but let's put the facts as they are - I inherited a habitual residency test which simply isn't fit for purpose. We are trying to tighten that up dramatically and I am being infracted at the moment by the European Union for doing that.


And you should be infracted you tosser, mind you being a LibDem you are probably used to it.


And according to her Maj’s Automobile Club 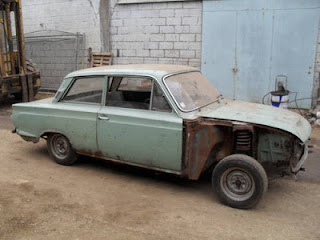 Nearly a million households are spending more than a quarter of their income running a car; the RAC Foundation has used data from ONS, the Government’s statistical service, to expose the extent of "motoring poverty".

It estimates there are 800,000 families trying to run a car with a disposable weekly income of no more than £167.

According to the Foundation’s calculations £44 – equivalent to 27 per cent of the total – is being spent on motoring costs.

Road tax accounts for £2.50 a week; and maintenance £4.80, with motorists having to allow £10 for the cost of buying the car and depreciation.


Thanks to, Dave, What’s his name, George, and the rest of the Piss Poor Policies Millionaires Club Coalition...


And talking of cheap old motors 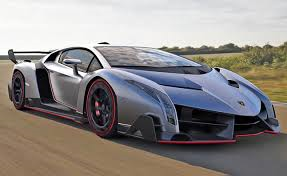 Lamborghini is showing what it calls a street-legal supercar, the Veneno – of which only three will be sold, each costing £2.6 million plus tax – at the 2013 Geneva motor show.
According to Lamborghini, its design is focused on maximum aerodynamic efficiency. The Veneno is based on the Aventador supercar, and shares its 6.5-litre V12 engine although in the Veneno it develops 50bhp more, at 750bhp. That, combined with a wind-cheating shape, should mean a top speed of 221mph.
The Veneno shown at Geneva is Lamborghini's development car, featuring red, white and green accents on the flanks to symbolise the Italian flag. The three customer cars will only have highlights in one of these colours.


Must check the bank balance-just in case 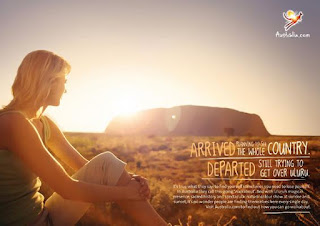 Tourism Australia has launched a search to find six lucky applicants to fill what it says are the best jobs in the world.
The six month positions each offer the chance to be paid good money to live in some of the most beautiful parts of Australia.
Jobs on offer include Chief Funster (New South Wales), Outback Adventurer (Northern Territory), Park Ranger (Queensland), Wildlife Caretaker (South Australia), Lifestyle Photographer (Melbourne), and Taste Master (Western Australia).
It is part of a campaign to promote tourism opportunities provided by Australia's Working Holiday Maker programme.
It targets travellers between 18 and 30 years of age, especially those from countries eligible for Australian working holiday visas, including the UK and Ireland.

That’s me stuffed then... They have now withdrawn almond cakes from its restaurants in 23 countries after bacteria normally found in faecal matter was discovered.
The group confirmed it was investigating claims that Chinese authorities had found "an excessive level" of coliform bacteria in two batches of the cake made by a Swedish supplier. The product remains on sale in its 19 branches in UK and Ireland, which are not supplied by the company under investigation.
Ikea said 1,800 Tarta Chokladkrokant cakes – described as an almond cake layered with chocolate, butter cream and butterscotch – were destroyed in December after being intercepted by Chinese customs officials. It said it was carrying out a full investigation with the supplier to ensure it would not happen again.


And of course Ikea said in a statement: "There is no health risk associated with consuming this product. The production batches have, as per safety and quality routines, been tested for bacteria that can cause health issues, such as E coli, and none of these pathogen bacteria have been found. However, since the product does not comply with our strict food quality standards we have decided to withdraw the concerned production batches from sale in the 23 affected countries. The UK and Ireland are not affected."

So as well as making cheap nasty furniture they sell balls made of ‘Orse and cakes made of shit.


The Government has issued some new signs


One for the Border Force 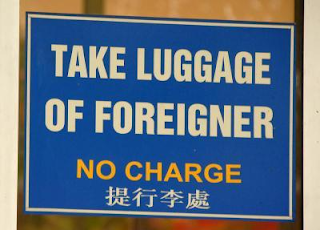 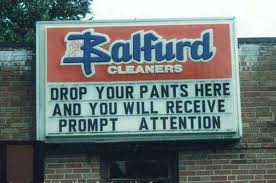 And one for House of Commons visitors 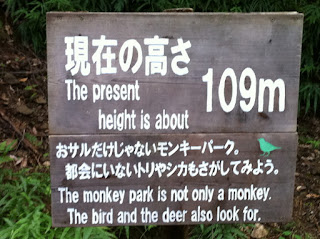 That’s it: I’m orf to find the secrets of my left handed brain cell


And today’s thought:
Not funny really, is it 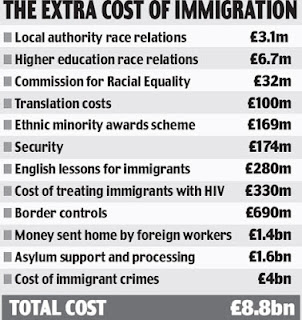