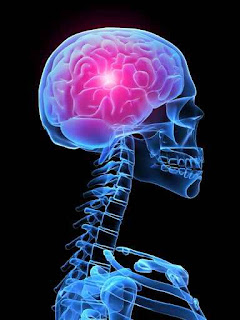 How to cure a headache:

From the Telegraph A Chinese woman suffering from chronic headaches discovered she had had a bullet lodged in her face for 42 years.

Huo Guoying complained to doctors about an on-going agonising headache and was taken into a local hospital for an X-ray.

The images revealed a 3.3cm long bullet had become lodged in the side of her face next to her ear.

When doctors showed the 65-year-old the pictures she told them she had no idea how the bullet could have got there.

Then she recalled being injured during China's cultural revolution in 1967 when someone fired a pistol next to her head during a protest.

She said the wound healed and she never suspected anything was wrong.

Miss Guoying, a housewife, underwent surgery to remove the bullet, and is now recovering at home in Chongqing, China.


Lucky she didn’t get lead poisoning. 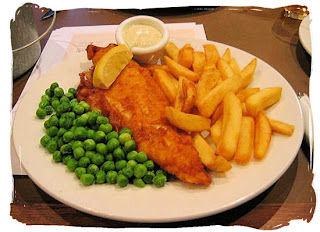 A grandfather was banned from buying fish and chips for friends in his sheltered housing block, after wardens ruled that the food might pose a health and safety risk if it got cold.
George Pretty, 72, was ordered to stop his weekly lunch run for fellow residents at the sheltered housing complex, even though the drive back from the local fish shop only took him five minutes.
Managers at the council-run Lakenfields centre in Norwich decided to suspend the long-running Wednesday lunch club after attending a food hygiene course.
The decision disappointed pensioners at the centre who have been forced to go without their traditional British treat.
Mr Pretty, who sits on the centre's social committee and has been buying the fish and chips for months, accused staff of "going over the top" and said he had never received complaints about the temperature of the food.
Even Norwich City Council has conceded that the ban was an overreaction and should be repealed.
"This is all part of this suing culture, like not allowing children to play conkers in case they hurt themselves. It's bureaucracy and the world gone mad," Mr Pretty said.

A little knowledge is a dangerous thing. 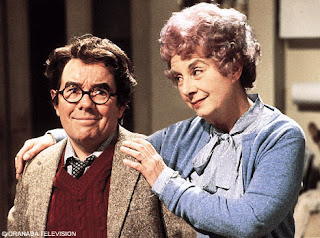 Mother fits teenage son with GPS tracking device on gap year Rachel Wilder, 53, has ordered her 19-year-old son Harry to carry a credit-card sized tracker while he travels across Australia, Thailand and South Africa in his gap year.
She can track him to within 15ft of his exact location and the system can even send her a text message alert if he goes anywhere he shouldn't.
Mrs Wilder keeps tabs on his movements by logging on to a website at the family home in Wallingford, Oxfordshire, every day.
Mrs Wilder, an inventory clerk, said: "I feel like I am sort of with Harry on his travels which gives me peace of mind and means he doesn't have to check in with a phone call.
"I have no way of knowing if a street in Australia is dangerous but if he was in Bangkok, for example, I could see if he walks in an area which might not be safe and ring or text him.
Just a little bit of advice Rachel: if you are so bloody interested get off your arse and go yourself. 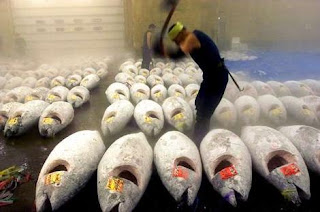 How to shoot yourself in the foot the renowned restaurant Nobu is warning diners against eating the bluefin tuna dish on its own menu because it is endangered.

The Japanese chain, popular with celebrities including Brad Pitt and Kate Moss, has added advice on menus at its London restaurants warning customers that the fish, served for up to £32 a time, is "environmentally challenged".
It adds: "Please ask your server for an alternative."
The bizarre move follows a five-year campaign against Nobu's refusal to stop stocking the bluefin, which is on the brink of extinction.
Its status as a threatened fish is widely-known and most restaurateurs avoid serving it.
Nobu's two restaurants in Mayfair, in Berkeley Street and Old Park Lane, serve a variety of bluefin, including sushi and sashimi dinners for £32.50. Toto tartar with caviar is on the menu for £17.50 and seared toro with yuzo miso and jalapeno salsa costs £19.50.
Do as I say? 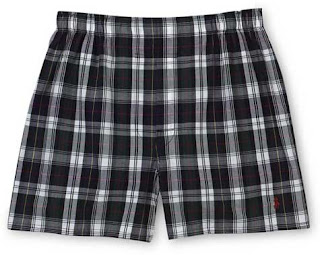 Next recalls underwear after complaints over 'Hitler image' - Telegraph
A customer complained that the image on the underwear resembled the Nazi leader saluting as planes passed overhead.
Next said that it had investigated the complaint and found the image, among a series of cartoons, was inspired by a picture of Lenin, the former Soviet leader.
But a spokesman told The Sun it was withdrawing the remaining 5,200 pairs of the underwear anyway. He said: "The complaint came in today and by the end of the day all 5,200 will be withdrawn.
"We have checked with the designer who confirmed the image was inspired by Lenin.
Nonetheless, if even one customer is offended or upset we are happy to withdraw the range."
The customer who complained, Ben Radomski, said he was happy the product had now been withdrawn.
Take a look at the picture, if you have the fashion sense to wear them does it matter what is printed on them?
And I suppose the vegetable holder is onlyhalf the size.

“When force of circumstance upsets your equanimity, lose no time in recovering your self-control, and do not remain out of tune longer than you can help. Habitual recurrence to the harmony will increase your mastery of it.”- Marcus Aurelius