Captive electorate: Infected NHS: Moving Museum: Drunk in Dubuque: Cupid stuntman: and a Sandwich and a bit-and a bit more-and even more...

Sunny, dry, calm and not very cool at the Castle this morn; and yes after only one day of solar stuff I am having a moan about the heat, had to sleep on top of the duvet last dark thing which his Maj took as an invite to attack my feet all night.
Still at least it isn’t raining....
I have sorted out the “router” problem by moving it up the spiral staircase and attaching it to my new Bluray/internet player-works a treat....

The European Court of ‘uman wrongs 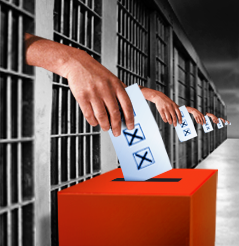 Has decided that those who are banged up have the right to decide which of the members of the palace of Westminster will represent them.
Blighty has been given six months to lift its blanket ban on inmates voting despite that no balls David Cameron has said it makes him "physically ill" to contemplate such a move.
However the Piss Poor Policies Millionaires Club Coalition has won some concessions as the ECHR agreed with its argument that "each state has a wide discretion" as to how to regulate the ban and what type of offence should lead to disenfranchisement.

So the vote will only go to those who profess their total innocence-which is about 99%...

And all across the NHS

There is finally some good news-a drop in rates of the superbug MRSA and C. Difficile; unfortunately the bad news is that infections by salmonella and E.coli are on the rise.
Over the last five years, there has been a 35% increase in reports of E. coli blood infections, but apparently the ‘Orspitals aren’t to blame, it seems that a fifth of HCAIs (Health Care Acquired Infections) were present on admission to hospital.

That means that four fifths weren’t....

East to the land which invented everything 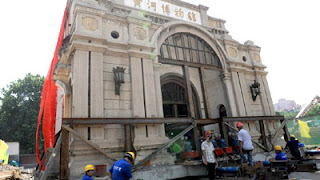 A museum is being moved lock, stock and barrel in China - on hundreds of steel wheel - 100 metres down the road.
The Yellow River Museum in Zhengzhou, Henan province was in the way of a new underground railway station.
But the building was considered too important to demolish for the city's new tube transport system.
So conservationists built a special track to wheel the 400 tonne building, centimetre by centimetre, on more than 300 steel wheels to its new site.
Inside, a steel framework supports the building to stop it collapsing in on itself as it moves.
Architect Zheng Jiatai explained: "The building is a mixture of Chinese and old Soviet Union styles which is unique.
"We could have taken it down brick by brick and rebuilt it, but the character would have changed forever."

Still be faster than Virgin trains... 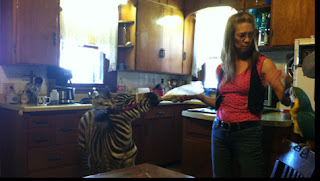 And the punch line is-An Iowa man stopped outside a Dubuque bar with a small zebra and a parrot in his truck has been charged with drunken driving.
Officers arrested 56-year-old Jerald Reiter of Cascade on Sunday in the parking lot of the Dog House bar, where people had been taking photos of the animals.
Reiter says the zebra and macaw parrot are pets and like riding in the truck. Reiter claims he sometimes takes the animals into the bar, but the owner says they're not allowed inside.
Officers gave Reiter a field sobriety test and charged him with drunken driving. Reiter disputes the arrest. He says he was about to let a passenger, a person, begin driving.

The parrot probably has a higher IQ than “Jerald”....


And talking of cupid stunts 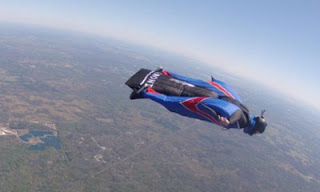 A stuntman will attempt to make aviation history later by becoming the first skydiver in the world to land without the use of a parachute.
Gary Connery, 42, from Oxfordshire, will leap from a helicopter a mile above Henley then glide towards a field using a specially adapted wing suit which will allow him to fly.
Moments before reaching the ground he will "flare" his suit to slow his descent to land safely on a "runway" of 18,000 cardboard boxes.
Mr Connery will approach his target at a glide-ratio of two-to-one - for every metre he falls, he flies forward two metres.
The landing strip will be 350ft-long, 40ft-wide and 12ft-deep. If he miscalculates his approach he will have a split second to abort the jump and deploy an emergency parachute.
If the jump goes wrong and he fails to react in time, he will miss the boxes and hit the ground. But Mr Connery insists he will be successful. 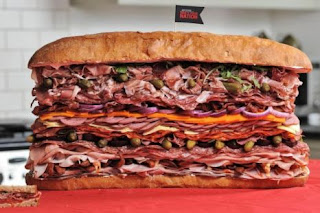 Weighing more than two stone and crammed with over 40 different cuts of meat, this carnivore's dream has been dubbed the world's meatiest sandwich.
Standing 1.2ft high and spanning 24 inches wide, it's estimated that it would take anyone hungry enough to take on the challenge over 10 hours to devour.
It contains 1.4kg of ham, 2kg of salami, turkey and bacon, 1kg of sausages, 720g of chorizo and just a sprinkling of salad.
The recipe for the meat creation is now available online for anyone wanting to take on the challenge themselves.
The monster meat masterpiece took chef Tristan Welch over four hours to create to mark the launch of reality TV programme Man vs. Food Nation on Food Network UK.
The food programme, which sees host Adam Richman taking on a series of outrageous eating challenges, has received a cult following since its launch in 2008.

Best advert for a diet I have seen...

That’s it: I’m orf to memorise some atoms


And today’s thought:
Roll on the Olympics-again 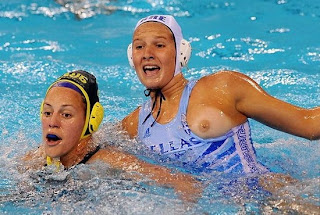