Same old at the Castle this morn, the liquid metal sweatometer gauge is up to dehydration levels, no moving atmosphere, no sky water, no energy, no money, no hope...
His Maj is too hot to discover any new ambush tricks, the Honda is so yellow that I think it has jaundice and I am still humping the watering can around the grounds. 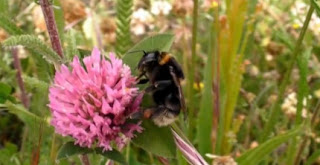 But it seems that half of them have evaded immigration and vanished....

Fed up with Leccy prices? 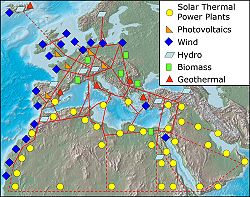 Worry not, the knobs have a cunning plan- the Supergrid, connect up the electricity supply networks of half a dozen countries or more, and you can shunt the current around, from where it is in surplus to where it is badly needed. In particular, you can do it with electricity provided from renewable sources, such as wind, solar and tidal power.
Using big electricity cables or "interconnectors" on the seabed between Blighty and our neighbours to tackle all three priorities of UK energy policy: security of supply (keeping the lights on under all circumstances), social justice (making sure that energy prices don't rise unacceptably high), and tackling climate change (a new priority, added over the past decade).
Apparently the European Supergrid has been under active development for a couple of years – David Cameron gave it his public backing in January 2011 – but has risen up the agenda after the Government expressed an interest in the longest connection of all, with Iceland, to tap into that volcanic nation's supplies of geothermal energy, provided by the natural heat of the Earth.
A proposed connection with Norway may be able to tap into the hydroelectric power in which Norway specialises, and connections to the Continent may be able to link up with solar power projects in France or even Africa.

Yeah right, I won’t hold my breath for “priority two”...


Want to know where you stand in the global salaries tables 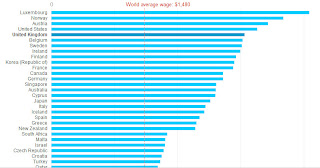 Auntie BEEB has this super duper calculator where you can find out.

Across the big wavy, salty thing on the left 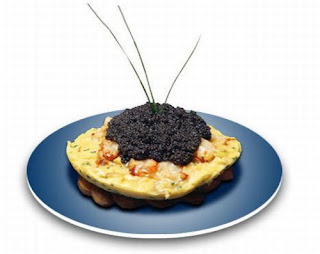 A New York hotel has the world's most expensive omelette on its menu, which will set you back 1,000 dollars (about £2.50 at today’s exchange rate).

Packed with lobster and caviar, the Zillion Dollar Lobster Frittata, is featured on the menu at Norma's restaurant in Manhattan's Le Parker Meridien Hotel.

The 10ounces of American Sturgeon caviar piled on top of the omelette ordinarily retails for about 65 dollars an ounce.

With 650 dollars worth of caviar sitting atop the expensive omelette, the extra 350 dollars is made up of one whole lobster, eggs, cream and chives, the dish's main ingredients, and then the hotel's overheads.
"We actually don't make much money on it, we sell it at about cost," the Daily Mail quoted Marisa Zafran, Parker Meridien's director of public relations, as saying. 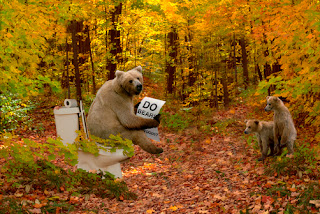 A Winnipeg man was rudely interrupted when he was dragged from an outhouse by a ferocious bear.
The victim, 65-year-old Gord Shurvell, only survived thanks to a quick-thinking friend who shot the animal, the Canadian Broadcasting Corporation reported Wednesday.
Shurvell was camping and fishing with his friend, Daniel Alexander, at a cabin by Dunbar Lake in eastern Ontario when the black bear went for him Saturday.
Shurvell told the CBC he was "sitting on the throne" in the outhouse with the door wide open so he could enjoy the view when the bear attacked, grabbing his pants.
He said the animal started dragging him through the bush by his arm and "I know if he gets me back there and I pass out, my buddy won't know ... it would take too long to find me. So I'm trying to get a tree to slow him down."
Alexander, who heard Shurvell screaming, grabbed a gun and found the pair in the bush. When the bear dropped Shurvell and turned, Alexander fired, killing it.
Shurvell escaped with scratches on his head, neck and arms along with a puncture to the back of his head, the CBC said.

So it’s not only bears that shit in the woods then....

Still over the briny but back dahn a fair way

A fruit drink developed by NASA to protect astronauts from radiation can rejuvenate the skin.
A groundbreaking study has shown that the concoction, known as AS10, dramatically reduces wrinkles, blemishes and sun damage after four months.
AS10 was developed as a nutritional supplement for astronauts to protect them from the damaging effects of high levels of radiation outside the Earth’s atmosphere.
The drink contains a blend of fruits including cupuacu (a Brazilian fruit from the cacao plant family), acai, acerola, prickly pear and yumberry, which all provide vitamins and phytochemicals – compounds known to block the harmful effects of radiation. Other ingredients are grape, green tea, pomegranate and vegetables.
Radiation particles alter oxygen molecules in the body to create reactive oxygen species (ROS) – so-called ‘free radicals’ which damage cells in a process known as oxidative stress. This process has been linked to diseases such as cancer and Alzheimer’s. The toxic molecules are also thought to play a role in the skin ageing process.
ROS are created naturally within the body as cells generate energy, but also through environmental factors such as chemicals and ultraviolet light from the sun – the strongest stress to skin. Mobile phone radiation, cigarette smoke and alcohol also generate ROS.
AS10 is thought to improve skin condition because the drink’s large quantities of antioxidants ward off oxidative stress, allowing the skin to heal naturally. Antioxidants attach themselves to ROS and neutralise them before they cause damage.

And the snag is the cost- £30 per 750ml bottle, or daily use of sunscreen with UVB/UVA sun protection factor of 50+ could deliver results on a par with AS10.
Allegedly it is more likely to protect the skin, resulting in reductions in redness and pigmentation and a subtle reduction in wrinkles.’

Personally I find a 5mm layer of Polly-filler works just as well, if you can find a Polly to extract it from.....

That’s it: I’m orf to trap a rainbow 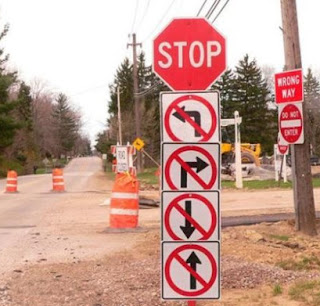