A blonde moment, A Numpty, A Grand nose, A Nanpty and A Twatter

Back to “normal” this weekend, no dry politics or other “proper” news, just an assortment of “interesting” items.

The weather in ‘Ampshire is sunny but cold, and I refuse to put the heating on in September, which has upset the Rat Faced Bat Cat who is now in constant need of a lap, so we have come to a compromise, I have put a hot water bottle under her duvet and I sit in the cold, but it does keep her quiet and allow me to get stuff done. 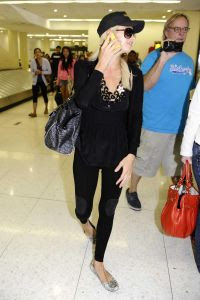 The world has lost its reason, the Oxford book of quotations has lost its mind, you may ask why, and I will tell you.

Paris Hilton is listed in the latest version of the 65-year-old dictionary, released this week, alongside the likes of Confucius, Oscar Wilde and Stephen Hawking.

Her contribution? "Dress cute wherever you go - life is too short to blend in."

Hilton, 28, was delighted to be featured in the book, which is a renowned list of memorable sayings.

"So cool that I have a quote in the dictionary," she wrote on her Twitter page.

But it gets worse, Sarah Palin has an entry:

The former vice-presidential candidate makes the cut for her most famous quip: "What's the difference between a hockey mom and a pit-bull? Lipstick."

You have heard of Daniel in the lions’ den, meet Charlie in the lion’s cage, this Numpty entered the said lion’s abode and proceeded to treat him like a moggy, and as you also know if you annoy a cat enough they will sink four paws worth of claws plus teeth into the nearest part of your anatomy.
And Lo! Such it was with this Pussy, who decided that Charlie wasn’t his darling and attacked him, watch the video, and wonder as I did what sort of “person” is stupid enough to attempt this stunt, or in Charlie’s case a Cupid Stunt.
NB: I will be doing the Cupid stunt awards next month; this guy is certainly a contender.
A Grand Road for nose 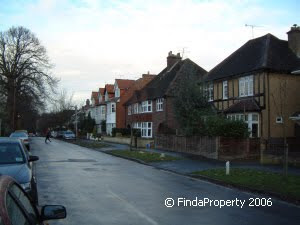 This one caught the attention of my brain cell because Camberley is just down the road.

Grand Avenue in Camberley, Surrey, has been named as the street with the nosiest neighbours in England.
People who live there are guilty of checking up on the house prices of other residents on the street more than householders anywhere else in the entire country.
Research carried out by property price comparison website Zoopla.co.uk found that home owners on Grand Avenue, where the average house is £342,421, seem to be more interested in checking on the value of their neighbours' homes than their own.
Alex Chesterman, co-founder of Zoopla, said that because visitors to his site have to enter their address before searching for prices of other properties, it made it easy to spot who was using the site to become a "virtual curtain-twitcher".
“As a nation, we’re obsessed with the value of our homes, but, as house prices have fallen it seems it’s not only our own houses that are under the spotlight.
"Home owners are increasingly monitoring their neighbour’s house values either looking for reassurance that their own property’s value hasn’t fallen by as much or taking some comfort in the knowledge that they are not alone... misery loves company,” he said.
People in London and the south east are four times more likely to check up on property prices than those in the north east, which researchers found was the least nosy region of England.
The top five nosiest streets are:
1 – Grand Avenue GU15 Camberley, Surrey
The average price of a house on the Grand Avenue is £342,421
2 – Albert Road KT21 Ashtead, Surrey
The average price of a house on the Albert Road is £222,806
3 – Ballsdown GU8 Godalming, Surrey
The average price of a house on the Ballsdown is £806,238
4 – Monkville Avenue NW11 Barnet
The average price of a house on the Monkville is £504,888
5 – Wickerwood Drive NG17 Kirkby-in-Ashfield, Nottinghamshire
The average price of a house on the Wickerwood Drive is £151,572

And the price of houses in Aldershot average about £1.50
12 grand in the bin 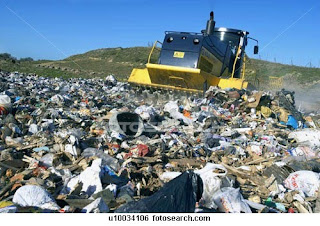 I have invented a new word for this item-Nanpty, which describes the elderly woman who has lost her life savings after accidentally throwing away £12,000 into her wheelie bin, which then ended up being buried in landfill in West Sussex.
After her daughter raised the alarm, bosses immediately closed the water transfer site for about an hour while the search was carried find the bundles of £50 notes that had been dumped in nearby Worthing.
When waste strategy manager Paul Willis questioned the owner, he discovered the missing money had been actually dumped six days earlier.
"By now the money will be sitting under a couple of hundred tons of waste at the landfill so any rubbish-sifting was futile," he said.
"Unfortunately, there is no hope - the chances of finding it at landfill are zilch.
"Obviously the staff wanted to help the lady and they did the best they could."
He added: "Some of the waste they searched through was pretty unpleasant. We gave it out best shot."
Mr Willis warned anyone thinking about hunting for the cash to stay away from the site.
"The waste for the whole of West Sussex goes there," he said.
"We send about 100 tons a day but there will be a couple of hundred tons of waste there by now.
"There is security there and people won't be able to get past. There is also lots of heavy, dangerous machinery."
No trace was ever found, with the money, thrown away in a navy blue re-usable shopping bag, believed to have been lost under tons of rubbish at a landfill site in Warnham near Horsham in West Sussex.
A team of 14 binmen spent 45 minutes searching through 25 tons of rubbish at the waste transfer facility in Lancing in a desperate bid to find the un-named woman's money.

They weren’t that desperate if they only searched for 45 minutes. 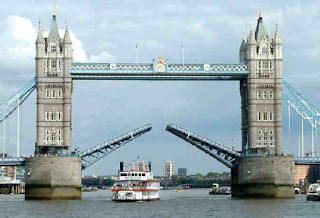 It seems that the bridges in London have twitter accounts.
Tower Bridge is being teased relentlessly by its neighbour London Bridge for the tedium and pomposity of its updates, while the Severn Bridge and Bristol's Clifton Suspension Bridge have fallen out over tolls.
The surreal online squabbles began shortly after the managers of Tower Bridge set up an official Twitter account to alert Londoners every time it is raised to let ships pass.
Its repetitive updates ("I am opening for the SB Lady Daphne, which is passing upstream", "I am closing after the SB Lady Daphne has passed upstream") were ripe for parody, and soon someone set up a rival account under the name "I'm London Bridge".
The bridge's first words on the site made its intention clear: "Certain other bridges in London think they're so cool getting a Twitter account. Well they're not. I'm the coolest bridge in London. Official."
London Bridge's attempts to get a reaction from its more admired rival have so far proved unsuccessful, but the taunting continues:
If you took a film of @towerbridge and speeded it up, it would look like the world's least exciting pinball machine. Without any balls.
Hey @towerbridge. When are you going to do something again? You're even more boring when you're just sitting there. Yawn.
Coo-ee @towerbridge. When are you going to do your impersonation of the fourth guy from the Village People again? I simply can't wait.
London Bridge's witticisms have attracted a decent audience - it has 1,400 followers, compared to Tower Bridge's 1,900 - and spawned a host of imitators.