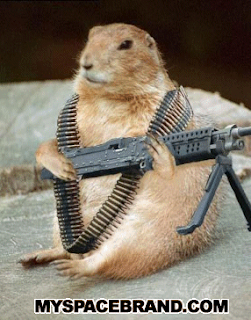 Home office officials are forging ahead with the überdatabase, although legislation won’t be put to Parliament until 2010.

The government maintains that no decisions have been taken over IMP

“In fact, the IMP team has been expanded and stepped up its contact with communications providers in the last few months, according to sources familiar with its operations. Some £1bn has was allocated for early procurement and development in 2007”

Even geoff Hoon the rick parfitt lookalike and Transport Minister has got involved. Saying on BBCs Question Time “as the panel discussed the forthcoming Communication Data Bill and the Interception Modernisation Programme, an intelligence services-led project to collect details of every call, text, email web chat and web browsing session.” That the database would “stop terrorists killing people in our society quite a long way, actually”

He also said after Jacqui Smith's call for "a well-informed debate”. "The biggest civil liberty of all is not to be killed by a terrorist,"

Which is why he is Transport Minister and not the Home Office Minister.

Because the Biggest Civil Liberty of all is not to have some wan, bespectacled, spotty nerd sitting in Cheltenham listening in to our phone calls and reading our emails.

This is obviously an MI5 and GCHQ led initiative, and for all we know they are doing it now, because the Security Services are a law unto themselves, and although they have web sites most of us don’t have a clue what they are up to, the BBCs “Spooks” is not a definitive documentary, if it were it would never have been allowed to be broadcast.

So, if “they” are reading this I have a few words for them.