Not bad at the Castle this morn, cloudyish, coldish, dryish and calmish, study-empty, his Maj-still bonkers, been out for a drive while the roads are quiet, and hopefully the bonfire bollix is over so that me and my pussy can get a bit of peace. 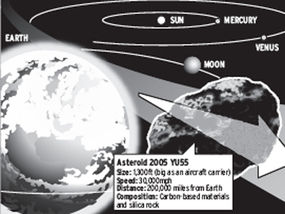 Apparently an asteroid bigger than an aircraft carrier will dart between the Earth and Moon on Tuesday the closest encounter by such a huge space rock in 35 years.
Scientists say this one will not threaten to destroy Earth.
“We’re 100 per cent confident that this is not a threat,” said the manager of NASA’s Near Earth Object Programme, Don Yeomans.
The asteroid, named 2005 YU55, is a quarter-mile across and is being watched by ground antennas in California and Puerto Rico as it approaches from the direction of the Sun. The closest point will occur at 11.28pm on Tuesday when the asteroid passes within 202,000 miles of Earth and 150,000 miles from the Moon. Both the Earth and Moon are safe “this time”, said Jay Melosh, professor of Earth and atmospheric sciences at Purdue University in Indiana.
If 2005 YU55 was to hit earth, it would blast out a crater four miles across and 1,700ft deep, says Professor Melosh. This would mean an earthquake magnitude of 7 and 70ft waves – twice the height of the 2004 Indian Ocean tsunami, which killed 230,000 people in 14 countries.

Bigger than an aircraft carrier-how big is that, as we don’t have any I need a point of reference. 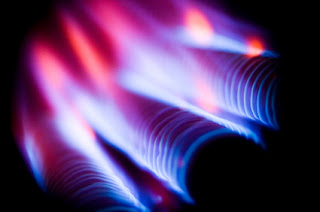 And yet again-hard pressed households will see their gas and electricity bills rise by 30 per cent within the next five years, according to a senior industry watchdog.
That comes on top of the 21 per cent rise in energy prices over the past 12 months that has left families and pensioners struggling to find, on average, an extra £224 for heating and with a bitterly cold winter said to be on the way, rising energy prices will have “dangerous consequences” and put people’s health at risk, says Ann Robinson, director of consumer policy at price comparison website uSwitch.
Research by uSwitch found that 23 million households, or 89 per cent of the population, will ration their energy usage this winter, either by keeping their heating on low or turning it off altogether to save on fuel bills.
Given current trends, she believes that energy prices will have risen by nearly a third by 2016.

Just a guess then... 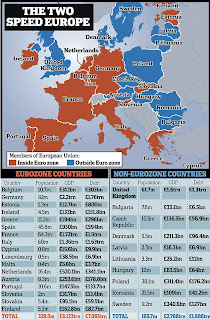 Allegedly Britain will be marooned inside a "permanent minority" in European Union decision making in just three years' times after rule changes kick in on member states' voting powers, according to a new report.
The document seen by The Sunday Telegraph shows that under changes already agreed to in the Lisbon Treaty, eurozone countries voting as a "caucus" will have a permanent in-built majority in the EU's Council of Ministers - its main decision-making body - from November 2014.
Britain will be unable to block a plethora of new laws even it if it joins together with other countries not in the eurozone - risking severe damage, in particular, to the City of London.

Yet another reason to get the hell out....

Over in the land of onions and the odd basilica 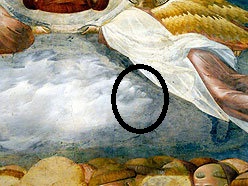 Art restorers have discovered the figure of a devil hidden in the clouds of one of the most famous frescos by Giotto in the Basilica of St Francis in Assisi, church officials said on Saturday.
The devil was hidden in the details of clouds at the top of fresco number 20 in the cycle of the scenes in the life and death of St Francis painted by Giotto in the 13th century.
The discovery was made by Italian art historian Chiara Frugone. It shows a profile of a figure with a hooked nose, a sly smile, and dark horns hidden among the clouds in the panel of the scene depicting the death of St Francis.
The figure is difficult to see from the floor of the basilica but emerges clearly in close-up photography.

A devil: How many are there then?

Still in the land of smelly cars and Vino 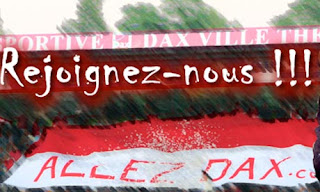 A fan site for a French rugby union team is recovering after hackers mistook it for the website of the German stock exchange and launched an attack.
The allezdax.com website for second division Dax in rugby-loving southwest France was shut down for two weeks after its usual 700 daily page hits -- 1,200 on match days -- skyrocketed to 80,000 because of the attack.
"Our defences were certainly inadequate," one of the site's administrators who gave his name as Stephane told the France Bleu Gascogne radio station.
He said the hackers had "insulted us copiously in German" thinking they were something to do with the DAX, Germany's blue-chip stock market index. 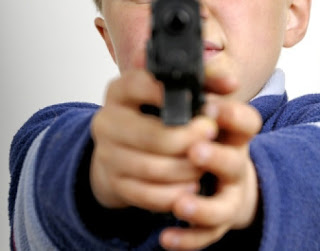 South Carolina officials say a 10-year-old trick-or-treater pulled a handgun on a woman who joked that she'd steal his Halloween candy.
The Augusta Chronicle reported today a 28-year-old woman told authorities she recognized some youngsters Monday evening and she joked she'd take their candy.
Aiken Public Safety Lt. David Turno says a 10-year-old in the group said "no" and pointed the handgun at her.
Turno says the gun wasn't loaded but the boy had a clip of ammunition. He was taken to the police station and was turned over to his parents.
Turno said the boy's brother, who is also 10, told officials he also had a gun and both weapons were recovered by police. Turno says the boys got them from their grandfather without his permission.


Think I would rather have the treat....


Still in the land of submarine motors

An 86-year-old woman in America is recovering after accidentally driving her car into a swimming pool.
It happened when Mary Lee Fine, who lives in a retirement home in Austin, Texas, tried to get into her car through the passenger seat because the driver's side was blocked by another car.
After starting the car, it unexpectedly went into drive, reversed and hit another vehicle.
It then sped through the parking area, hitting a fence and finally landing in the pool.
"In pushing myself to get over, I either hit the key or the gear shift, I don't know what happened, but the car backed up - wooo whoom," she said.
Mrs Fine's car started filling with water but it was propped up by a garden chair that was knocked into the pool during the incident.
It stopped the car from sinking, allowing Mrs Fine to remain safe until her neighbour was able to wade into the pool and rescue her.
Luckily, she said, the water was warm.
She added she may take a taxi the next time she goes shopping.

That’s it: I’m orf to Charlie’s place in Falmouth


And today’s thought: George Osborne should resign, as there isn’t any money left in the treasury he's got nothing to do.