Pilot peril, But is it art? Hotel leavings, Bang and it’s gone and funny hedgehog joke (not)

The water is back on at full pressure, I have been able to finally have a hot shower, so people as far away as Somerset and France can take the pegs off their noses.


Try explaining that on your insurance claim 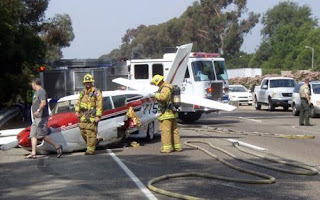 The Piper PA-24 Comanche with two people on board was bound for Santa Barbara Airport on Sunday when the pilot told air traffic controllers he had no fuel remaining.

Forced to land, he touched ground on the south bound side of US highway 101, about one mile north-east of the airport, said Federal Aviation Administration spokesman Ian Gregor says.

Three cars were unable to avoid the plane and crashed into it, said James Richards, a California Highway Patrol Officer.

No one was injured in the crash.

Mr. Richards says traffic briefly backed up for miles while crews shut down the motorway to remove the plane.


Another Numpty pilot (remember the golf course crash) that ran out of fuel. 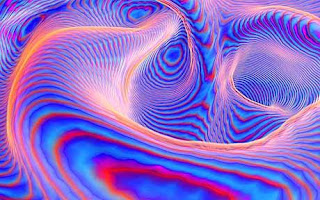 A radiologist has turned scans of his patients' hearts, teeth and other body parts into works of art.

After feeding the data into a computer, he adds colour to his works using a method he invented called the 'rainbow technique'. But he makes no other alterations, preferring a pure picture of what body parts really look like.

He said: "The pictures I create are generated directly from the medical 3D workstation, representing what I see on it. I do not use software such as Adobe Photoshop to further change the image.

"My aim is to preserve the direct relationship between the data and the artwork.

"It is a true integration of art, science and technology and can be studied both scientifically and enjoyed as a visual art.

"The imagery is packed with information. Each line or point represents specific anatomical structures in the body in normal or diseased state. It creates an unusual perspective."

Since he started producing his works at Pamela Youde Nethersole Easter Hospital in Hong Kong they have been shown in galleries across the world.

Proceeds from sales of his pieces are donated to charity.

Nice thought but personally I would prefer a radiologist who looks for disease rather than how my scan would look hung on a wall. 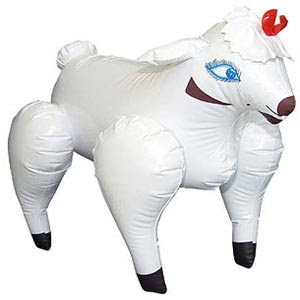 I did a post a while ago about things that students leave behind.

A blow-up sheep and a false leg are among thousands of items left in hotel rooms across the country, according to a survey.

A printer, crutches and dentures were also mislaid by absent-minded guests, a survey by Holiday Inn and Holiday Inn Express hotels found.

Other items recovered from rooms have included £2,000 in cash, a Gucci watch, and a monk fancy dress outfit.

Hotel managers reported that around £2.5 million worth of items are left behind each year, with phone chargers and underwear the most-recovered things.

Here are some of the things left in Hotel rooms:


"Most items are not re-claimed and after six months we donate anything of value to local charities."

So if you need any of the above, phone your local hotel and ask them.


I wondered where I left the blow up sheep, but where are my wellies? 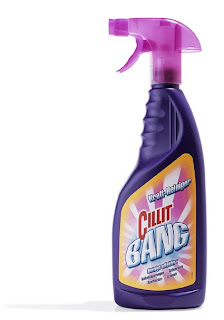 The site in Caithness is in the process of being decommissioned but workers found their normal cleaning fluid was slowing down the job of dismantling an experimental chemical plant used in the 1980s to recycle plutonium liquor.

One of the team suggested £1.99 Cillit Bang after watching a television advertisement that shows dirt being stripped from a 10p coin.

The four-storey chemical plant consists of a series of vessels, pipes and boxes made from steel and toughened glass. The solutions which ran through it left the steel stained with plutonium, creating a hazard for the team taking it apart.

David Hanson, project manager with Dounreay Site Restoration Ltd, said the efficacy of Cillit Bang was helping drive down the £2.6 billion cost of demolishing the site.

He said: "We need to decontaminate as much of the surfaces as possible before we can cut them up. The normal agents we'd use on steel and glass need time to dry and this slowed us down.

"The acids that had been used years ago also created problems. It meant we had to think carefully about the most effective way to wipe the plutonium from the steelwork before we could cut it up.

"One of the guys suggested Cillit Bang. He remembered seeing it dissolve the grime on a coin in an advert on TV and thought it was worth looking at. I'm very glad we did. We tested it and found it very effective."

The 15-strong clean-up team wear whole-body plastic suits with their own oxygen supply and often need four or even five layers of gloves to protect them from radiation.

Mr. Manson added: "The ductwork is stainless steel and contamination levels have been significantly reduced following spray and wipe down with Cillit Bang."

Bosses at the Sellafield nuclear site in Cumbria, which is also being decommissioned, are among those who have been in touch to learn more about the discovery.


If it will do that to Plutonium what the hell is it doing to your worktops?


No joke from Edinburgh 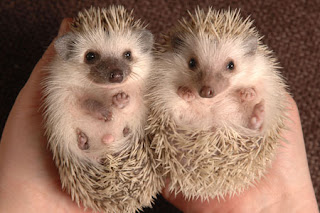 The funniest joke at this year's Edinburgh Festival Fringe has been picked by a panel of critics.

''Hedgehogs. Why can't they just share the hedge?'' won the accolade for London comic Dan Antopolski, 36, who is known for his surreal stand up routines.

Nine comedy critics sifted through more than 3,600 minutes of material to find the winner of the Dave Award for the Funniest Joke of the Fringe.

Other “jokes” in the running were:

''A brunette, a red-head and a blonde break out of Holloway Prison.

''They hide in a barn from the police and get into some sacks.

''The police come in and feel the sack with the brunette in it - she goes 'miaow'!

Finally they feel the sack with the blonde in it. The blonde shouts: potatoes!''

''I've just split up from my girlfriend, which is a shame, because it was a long-standing arrangement. Perhaps if we'd sat down a bit more...''


Is it me or do I need a humour transplant?