Bucket loads of skywater, barmy amounts of lack of warm, bits and pieces of atmospheric movement and bugger all solar stuff at the Castle this morn, the elbow is still misbehaving, the butler is still gathering fat, carbon neutral teenagers and his Maj has discovered the joy of teleportation (at least I think that is what he does). 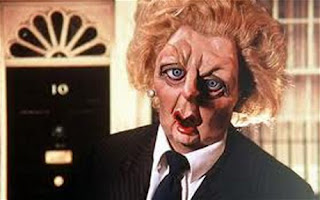 It seems that some demented old fart has popped her (?) clogs in a rundahn area of the Smoke known as the Ritz Hotel; the octogenarian was once allegedly the first and last female (?) Prime Monster who managed to set the precedent of selling orf all and sundry to fund tax cuts for the rich, she (?) also managed to sell orf many, many council houses and took the money for tax cuts for the rich instead of allowing councils to build replacements, she (?) destroyed heavy industry, the car building sector, coal production, the chuff-chuff network, phone line supplies, water delivery, leccy lines and gas guzzling, using the dosh raised to give tax cuts to the rich.


She (?) put millions on the dole knackered the NHS, and set up the groundwork for the financial debacle which we now enjoy and kept us in the EU (sound familiar).


And apparently she (?) gave the Thatcherites the wonderful moral direction of “take what you want, take it know and sod everyone else” which survives to this day.


Allegedly she (?) will have a “state funeral” with soldiers and everything which will cost more than a few bob.


All I can hope for is that Him/Her upstairs will pronounce sentence on the old bag and give her the afterlife she (?) deserves.


Enough of all this bollocks:


High above the big salty thing on the left

Allegedly flights across the North Atlantic could get a lot bumpier in the future if the climate changes as scientists expect.
Planes are already encountering stronger winds, and could now face more turbulence, according to research led from Reading University, UK.
The study, published in Nature Climate Change, suggests that by mid-century passengers will be bounced around more frequently and more strongly.
The zone in the North Atlantic affected by turbulence could also increase.
Reading's Dr Paul Williams said comfort was not the only consideration; there were financial consequences of bumpier airspace as well.
"It's certainly plausible that if flights get diverted more to fly around turbulence rather than through it then the amount of fuel that needs to be burnt will increase," he told BBC News.
"Fuel costs money, which airlines have to pay, and ultimately it could of course be passengers buying their tickets who see the prices go up."

Left to the Big Apple-ish 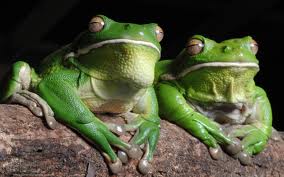 Pauli Marinaccio Sr. traces his fear of frogs to a childhood incident in Italy when a man holding bullfrogs chased him away after he'd wandered from the vineyard where his parents worked.
Decades later, he found himself describing his phobia to a jury, calling himself "a prisoner in my own home" after runoff water from a nearby development turned his 40-acre property into wetlands and inundated it with frogs.
"I am petrified. I go home at night and I can't get in my garage because of the frogs," Mr Marinaccio testified in 2009. "They're right in front of the damn door, OK?"
It was part of a seven-year legal fight involving Mr Marinaccio, the town of Clarence in upstate New York, and a developer that, according to The Buffalo News, finally ended last month when the state's highest court ruled that Mr Marinaccio, who was awarded $US1.6 million ($1.54 million) in compensation after the 2009 trial, is not entitled to an additional $250,000 in punitive damages.

You could have moved you twat.....

Quantum entanglement is a quantum mechanical phenomenon in which the quantum states of two or more objects have to be described with reference to each other, even though the individual objects may be spatially separated.
This leads to correlations between observable physical properties of the systems.
For example, it is possible to prepare two particles in a single quantum state such that when one is observed to be spin-up, the other one will always be observed to be spin-down and vice versa, this despite the fact that it is impossible to predict, according to quantum mechanics, which set of measurements will be observed.
As a result, measurements performed on one system seem to be instantaneously influencing other systems entangled with it.
But quantum entanglement does not enable the transmission of classical information faster than the speed of light. Quantum entanglement has applications in the emerging technologies of quantum computing and quantum cryptography, and has been used to realize quantum teleportation experimentally.
At the same time, it prompts some of the more philosophically oriented discussions concerning quantum theory.


The correlations predicted by quantum mechanics, and observed in experiment; reject the principle of local realism, which is that information about the state of a system should only be mediated by interactions in its immediate surroundings.
Different views of what is actually occurring in the process of quantum entanglement can be related to different interpretations of quantum mechanics.


East a bit to the land of Germanic stuff 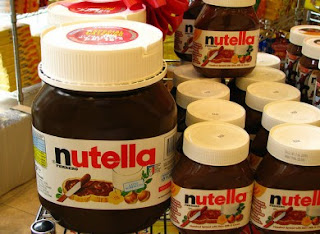 Police in Germany are on the lookout for some thieves who made off with 5.5 tonnes of Nutella.
The jars of chocolate-y spread were in a parked trailer in the centre of the town of Bad Hersfeld, the U.K. Express said, citing a report Monday from German news agency dpa
The haul, taken some time over the weekend, is valued at approximately 15,000 Euros.
Police aren't sure how many culprits they are looking for, but it is believed the same thieves stole a truckload of Red Bull from the same location a few weeks ago, and then about $40,000 worth of coffee two weeks ago.


They are obviously going to open a breakfast bar....

That’s it: I’m orf to find out how we live 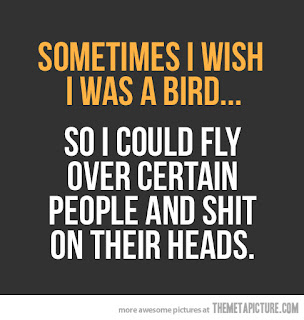