Not quite as much lack of warm bit more atmospheric movement, nary a drop of skywater and sod all solar stuff at the Castle this morn, the butler is happily feeding fat, carbon neutral teenagers onto the furnace conveyer belt and his Maj has discovered the joy of ambush from under the cover on the garden table and chairs. 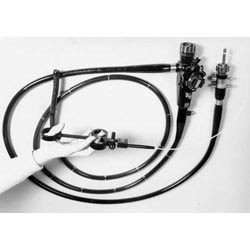 Has finally admitted that piss poor “treatment” in our ‘Orspitals is killing and maiming the not so well.
The Prime Monster reckons that there is still a "long way to go" to raise standards of care in the NHS in England, and that he wanted to make improving care one of his top priorities for 2012 plus one.
But he insisted progress was being made, pointing to initiatives that were being rolled out.
He highlighted a new "friends and family" test starting in April and the extra ward rounds being put in place.
The "friends and family" test, which has already been announced, involves all hospital patients being asked whether they would recommend the place they were treated in.
Mr Cameron described it as a "flashing light" to alert hospitals if fewer people started replying positively to the test.

Which is total bollocks of course because when you are lying there in a piss soaked bed with tubes in most orifices you are not going to tell the “medics” that are “treating” you how badly they are doing as they stand there holding an eight foot tube ready to shove it up your rear exit.


All across backed up Blighty 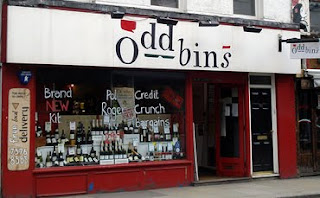 Every weekend in January, one of these five groups will receive 10pc off full-price bottles at Oddbins.
According to the company blog  "The 'cap' on maternity and paternity pay is just an innovative use of a three letter word beginning with 'c' which sounds different but still means 'cut'," the group writes. "With inflation almost tripling the capped figure, the net result is that mums and their families will be even worse off in 2013.

"On top of which, on Monday the government will be removing or reducing child benefit for approximately 15pc of families... Why can’t our politicians provide a childcare system that doesn’t strong-arm a hugely important part of the county’s workforce into making a choice between their career and children?"

From January 11 until January 13 it's the turn of bankers and journalists. Urging the public to focus on the "good things that banks do", Oddbins bemoans the fact that the word "banker" has "become a derogatory term used to refer to only a select group of rogue investment bankers".


The following weekend (January 18-20) Angela Merkel could grab a bargain. On top of praising the German Chancellor for steering her country through the financial crisis and striving to bring fellow eurozone countries back into line, Oddbins also says it's time the UK moved on from the Second World War.


Lastly, Oddbins is aiming to break "the final taboo" and embrace redheads. "We love your hair and think 2013 should be the year we all put this nonsense behind us," the company states.

No wonder it is called “Odd Bins”; just what we need- a bunch of German, red headed, journalistic, banker mothers staggering about pissed as farts...

Transport across the world 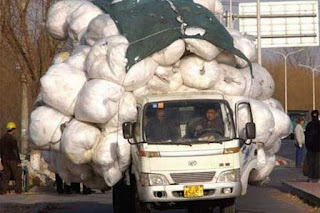 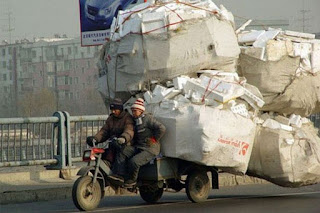 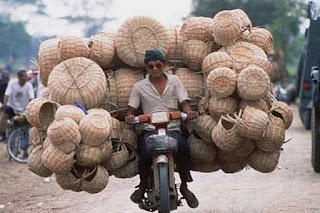 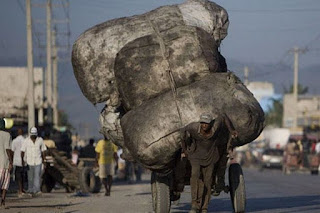 Thank him/her upstairs for the AA.

East a bit to the land of red headed banker mothers 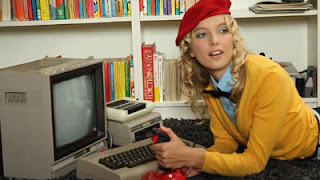 A calendar for nerds who find old computers a turn on has been created by technology fans in Germany.
The Nerd Calendar features ancient technology being fondled by models dressed as gorgeous geeks.

One blonde is seen lovingly caressing the joystick of a classic Atari games computer during the photo session in Frankfurt.

Other models get to grips with 1970s and 80s computers like the original Apple Macs, Commodores, and the Sinclair ZX81.

Classic computer fan Jan Kaufmann - who dreamed up the calendar - explained: "I just wanted to make the kind of calendar I'd always dreamed about when I was a boy."

Get a fucking life Herr twat....


East a bit more to a state within a country 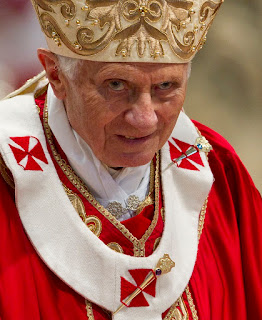 Visitors to the home of the Ex-Nazi El Papa can only pay by cash after card payments for museum tickets, souvenirs and other services were blocked by Italy's central bank over money laundering fears.
The tiny city-state can no longer use electronic payments because the Holy See has not complied with European Union safeguards against money laundering.
As a result, Deutsche Bank Italia, which has provided the Vatican with the electronic payment services for 15 years, had its authorisation halted on December 31.
Highlights of the Vatican Museums include the Sistine Chapel
The Vatican says it is working to rectify the situation affecting thousands of tourists that flock to the Vatican Museums, which include highlights like the Sistine Chapel.
The museums, and tours of the Vatican’s ancient underground paces, with their entrance fees and popular souvenir shops, are a big money-maker for the Vatican.
Tourists have complained about the inconvenience. Fluger William Hunter, an American tourist, said: "A lot of tourists don't have cash on them, so they have to get Euros and don't know where to get them."
The central bank said a routine inspection found that Deutsche Bank Italia had not sought authorisation when it first started providing services at the Vatican, according to the Corriere della Sera newspaper.


Somewhere in a physiotherapy dept at a Norovirus infected NHS ‘Orspital 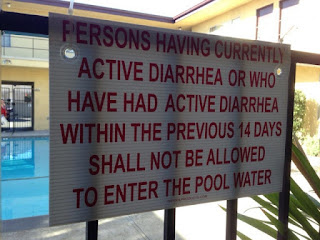 And today’s thought:
So how much discount did you get at Oddbins.... 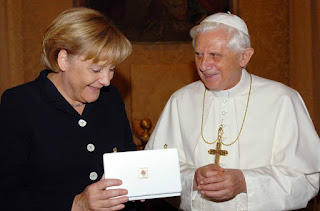