à sens unique- both ways, No arms no money, see yu Jonnie and No chance

You may have noticed a new link above this post, it is the Gosport War Memorial Cover up site, and they need support, so if you can go to the web page and get involved.

Angus is getting old: Yesterday I ventured out to the “pet city” or whatever it is called nowadays to buy cat litter for the RFBC, I buy the very large 30litre bag which is made of woodpellets-green and easy to empty.

I look forward to my next visit. 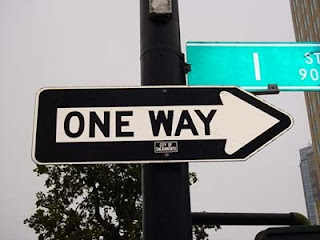 Two feuding mayors of neighbouring Paris suburbs took their spat to surreal lengths by each declaring the same street one-way, but in opposite directions.

On Monday, Patrick Balkany, the conservative mayor of Levallois-Perret, northwest of Paris, made the D909 one-way to cut the commuter traffic flowing through his district.

But Gilles Catoire, the Socialist mayor of neighbouring Clichy-la-Garenne, complained this increased congestion in his area.

So he declared his section of the road one-way, but in the opposite direction.

With the contradictory road-signs in place, the unsurprising result was commuter chaos, road rage and gridlock. Municipal and national police were called in to direct traffic away from the area.

"What Clichy has done is not a long-term solution, but it is a response to a unilateral decision by the town of Levallois," Clichy's deputy mayor, Alain Fournier said.

But Mr Balkany insisted: "The mayor of Clichy has taken a position that is unreasonable and is hurting his own constituents."

In a Solomonesque ruling yesterday, the governor, or prefect, of the Hauts-de-Seine departement decided that Mr Balkany was in the right.

Patrick Strzoda said that Levallois' plan was "coherent" and a study showed that there would be "no notable" rise in traffic in neighbouring towns.


Le Concorde or not as the case may be. 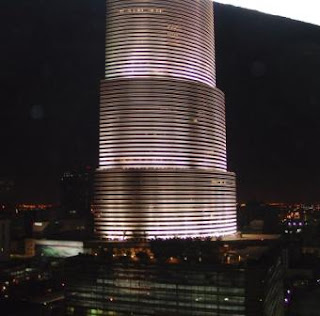 From over the pond in Miami: TAMPA, Florida - A Florida man born without arms says a Tampa bank would not let him cash a check because he couldn't provide a thumbprint.
Steve Valdez didn't have an account at a Bank of America location in downtown Tampa, where he tried to cash a check from his wife last week. However, Valdez has prosthetic arms and is unable to provide a thumbprint. He says he presented two forms of identification but was still denied.
He tells the St. Petersburg Times a bank manager told him he could either come back to the bank with his wife or open an account himself.
Bank of America spokeswoman Nicole Nastacie says the bank has apologized to Valdez. Nastacie says the bank should have "offered alternative requirements if an individual is not able to give a thumbprint."

Are they taking the piss or what? 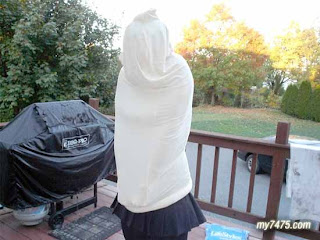 Scottish men buy larger condoms than their counterparts south of the border.

Supermarket giant Tesco today reported that more of its extra-large condoms had been bought in Glasgow than anywhere else in the UK.The new condoms – 10mm longer and 1mm wider than the standard version – went on sale at Tesco earlier this month

And the retailer's sales map of its new condom – the first to be sold in the UK – showed most were sold in Glasgow.Edinburgh saw the seventh-highest sale figures in the UK, beating Sandhurst, Hatfield and Chester in a top 10 league.Strong sales were also recorded in Cambridge, Manchester, Cardiff and Bristol, Tesco said.Nicola Evans, Tesco's healthcare buyer, said: "Demand for extra-large condoms has been a success, especially in Scotland."In the last year there has been a very strong demand for a larger-sized condom and the sales prove that there is a market for them in the UK."At the moment they are on sale in 430 stores across the UK but we hope that they'll be on sale in more stores in the near future."The extra-large condoms, made by Durex, are sold in packs of 12 costing £9.53.The top 10 places for the extra-large condom sales are:
1.Glasgow
2. Cambridge
3. Manchester
4. Cardiff
5. New Malden
6. Bristol
7. Edinburgh
8. Hatfield
9. Chester
10. Sandhurst

And as Tesco would say “every little helps”
And finally: 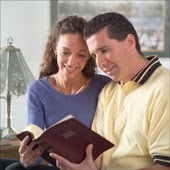 The London-based Catholic Truth Society, are encouraging couples to say a special prayer together before having sex.
The specially-composed Prayer Before Making Love is aimed at 'purifying their intentions' so the act is not about selfishness or hedonism.
It appears in the 64-page Prayer Book for Spouses which has been published by the London-based Catholic Truth Society, reports the Daily Mail.
The prayer implores God 'to place within us love that truly gives, tenderness that truly unites, self-offering that tells the truth and does not deceive, forgiveness that truly receives, loving physical union that welcomes'.
It adds: "Open our hearts to you, to each other and to the goodness of your will."
The group has close links to the Catholic Bishops' Conference of England and Wales.
The Rt Rev Paul Hendricks, who is the Auxiliary Bishop of Southwark and sits on the charity's board, said he thought the prayer's inclusion was 'brave but good'.
"I suppose it is a bit idealistic but it is recognising that God is at the heart of the marriage relationship between husband and wife," he said.
The book contains prayers for every stage of marriage and family life, including engagement, planning for parenthood, pregnancy and caring for children and elderly parents.

I suppose most men might say a prayer afterwards, but a prayer before is hardly my idea of foreplay.