A touch of frost, more than a whimsy of wind and a smidge of cloud at the Castle this morn, the stock of fat teenagers for the furnace is running low and I am still catching up on sleep. 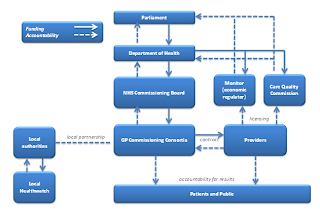 Is still under attack; this time by “an influential group of MPs”; their main concern seems to be that the plan to restructure the NHS in England and devolve more power to GPs was making it more difficult to achieve the target of £20bn efficiency savings by 2014-15.
And that it more often creates disruption and distraction that hinders the ability of organisations to consider truly effective ways of reforming service delivery and releasing savings."


Not a mention of patients....


But pop over to Jobbing Doctor’s blog it seems that the sleeping GPs have finally received the kiss of the Prince and are realising just what a balls up this is making of the dear old lady, have a read it will make you think...


Staying on the health-ish thing 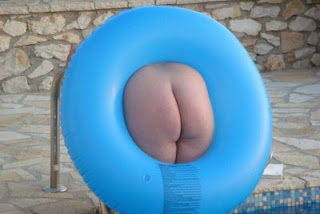 Scientists have found that the ankle is the most satisfying spot to scratch, according to a research team who claim they are the first to compare the sensation of scratching on different areas of skin.
In the study, reported in the British Journal of Dermatology, healthy male and female volunteers aged 22 to 59 were made to itch by rubbing them with cowhage, a plant with tiny hairs that irritate the skin.
The itches were induced on three parts of the body – forearm, ankle and back. For five minutes participants were banned from scratching, while being asked to record how itchy they felt at each spot.
Then the researchers scratched each location themselves with a laboratory brush, to ensure a consistent technique. The volunteers were asked how pleasurable the sensation was.
Results showed that the itch was felt most intensely at the ankle, and that was also the spot where the pleasure of scratching was felt most keenly and persisted longest.


They obviously haven’t discovered the ring around Uranus.... 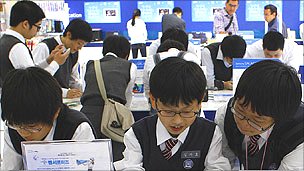 South Korea, one of the world's highest-rated education systems, aims to consolidate its position by digitising its entire curriculum.
By 2015, it wants to be able to deliver all its curriculum materials in a digital form through computers. The information that would once have been in paper textbooks will be delivered on screen.
South Korea's Minister of Education, Science and Technology, Ju-Ho Lee, said that his department was preparing a promotion strategy for "Smart Education", focusing on customised learning and teaching.
The project, launched during the summer, will involve wireless networks in all schools to allow students to learn "whenever and wherever", as well as an education information system that can run in a variety of devices including PCs, laptops, tablets and internet-connected TVs.

It would never work in Blighty, especially with BTs damp damaged network....

And Kate Middleton’s mummy and daddy 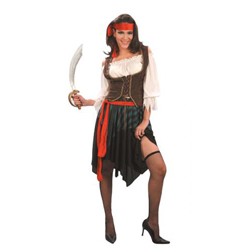 Have launched a range of outfits for "adult occasions" on their party goods website according to a British tabloid.
The Party Pieces firm, owned by the Duchess of Cambridge's parents Michael and Carole Middleton, offers a mini-skirted French maid outfit and a female pirate fancy dress costume under a section entitled adult occasions.
The site (www.partypieces.co.uk) shows pictures of the pirate outfit with stockings and a slit skirt and also advertises a short spotted "ladybug" dress and Superman outfit.
There is also a blow-up Sumo outfit described as "the funniest fancy dress costume you can find," the Flailing Sail reported.

Is that Pippa modelling the pirate outfit?


Over to the left and up a fair way 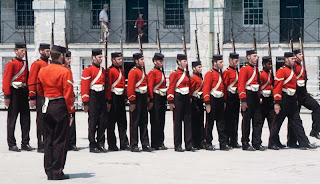 Canada's military -- facing belt-tightening, a spy scandal and having recently completed a nine-year combat mission in Afghanistan -- on Friday ordered 20,000 stress balls.
It says it needs the malleable, hand-squeezable toys designed to relieve stress by the end of March, before the start of a new fiscal year, according to a website that advertises government contracts.
Little other information about the stress ball order was provided, except that the rubber balls must be "orange."

Won’t that clash with the uniforms....?

Across to Pussy land and down a few fathoms 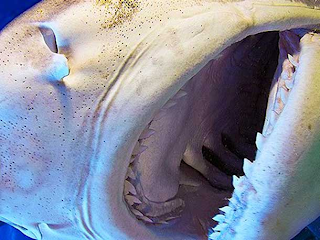 Russell Easton was snapping a Tiger shark in the Bahamas when it took a snap at him. “I was looking through the viewfinder of the camera when I suddenly saw this huge mouth and teeth,” said the 42-year-old conservationist.

“Sharks bite because that is how they find out what something is.

“It had its mouth wide open and was about to bite me, but bit the camera ­instead. That gave me a few vital seconds to swim away.”

Despite his lucky escape Russell, from ­Newcastle upon Tyne, is aiming to return to Cat Island to photograph more sharks

Left a bit and down a smidge 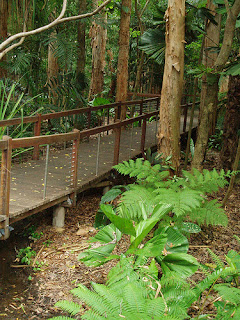 There are plans afoot to build a science centre and six-mile (9.6km) walkway through the rainforest in the heart of the Amazon, with the British organisers hopeful that "Avatar" director James Cameron will come on board the eco-project.
The $10 million site will serve as a meeting point for scientists from the Royal Botanic Gardens and universities, as well as a tourist attraction, The (London) Sunday Times reported.
It will also provide jobs for local Brazilian tribes who will take an estimated two years to construct the centre and walkway in Roraima, an isolated province in northeast Brazil.
"This will be the first scientific research centre to be built in the jungle proper," Robert Pasley-Tyler, from the Amazon Charitable Trust, which is backing the scheme, said.
The site will be designed by Marks Barfield Architects, the firm behind the London Eye and the treetops walkway in the UK's Royal Botanic Gardens.

Very bleedin eco-carving a six mile “road” through the forest...

That’s it: I’m orf to check out climate change hedgehogs. 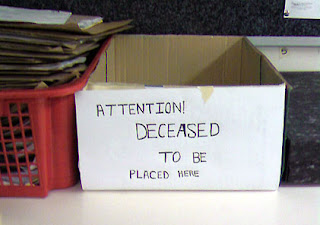