Bit late today, had to go for a fasting blood test and stock up on food for the cat as the mare will only eat fresh chicken and kitten food in gravy (although she is 12). 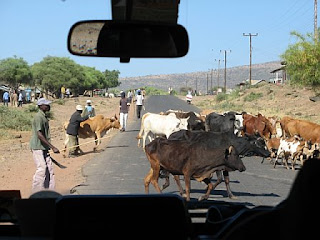 Two bulls and a heifer broke free and strayed onto the motorway after the horse box they were being transported in overturned on the anticlockwise carriageway.

Police and Highways Agency traffic officers rushed to the scene between junctions 5 and 6 near Sevenoaks, Surrey, and closed the road in both directions at 7pm on Monday.

Which stopped the traffic from Moooving. 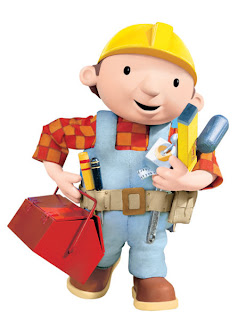 The Telegraph has this- Can he fix it-god knows! Young boys are developing closer bonds with television characters such as Bob the Builder than with their own, time-pressed parents, leading child expert Sue Palmer has warned.
Miss Palmer says that while children will always become attached to a favourite toy or story character, marketers are now exploiting this trait by creating a whole industry around it of DVDs, books and toys.
She believes that if parents use such pastimes as a substitute for spending time with their offspring, they could suffer from emotional and communication problems and struggle to form good human relationships in later life.
"The danger is that the child will be more fascinated by the things they see on screen, and not learn and be fascinated by real-life human beings and real-life play."
While Miss Palmer concedes that children of both sexes are increasingly in thrall to technology, boys seem to succumb more to the "unholy alliance between technology and consumerism", and are more susceptible to the need for "toy consumption".
Kids have always been the same, I was fascinated by muffin the mule but I turned out OK……..what? 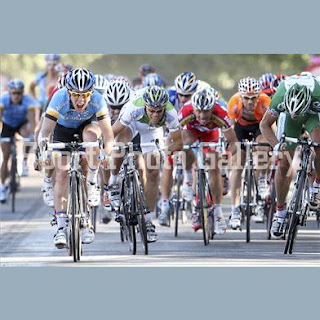 Close to 200 prisoners will take to the open roads as they cycle around France next month in the first penal version of the Tour de France, though they will be accompanied by scores of guards on bicycles.
The 196 prisoners will cycle in a pack and breakaway sprints will not be allowed.
They will be accompanied by 124 guards and prison sports instructors.

And the point of this is? 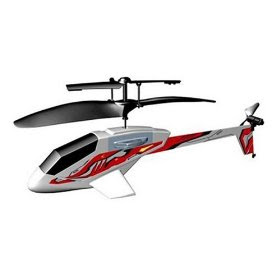 Four suspects were arrested late on Sunday outside a maximum security facility in the southern town of Presidente Venceslau in Brazil's Sao Paulo state after the mini-chopper, 14 mobile telephones and the equivalent of 500 dollars in cash were found in their rented car, according to reports in local media.
They had been stopped for a routine inspection because of their proximity to the prison, which holds organised crime bosses and other dangerous inmates.
Brazil's criminals often continue illicit activities while serving time, relying on mobile phones that are smuggled inside using increasingly creative methods. In the past, carrier pigeons and doctored Bibles have been used.

So, what were the guards doing while this helicopter was buzzing about coming and going? 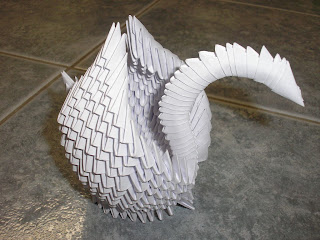 Artist creates pictures by folding paper
Artist Simon Schubert has created an extraordinary collection of pictures - made up of hundreds of tiny folds in paper.

At first glance the elaborate pictures, which sell for up to £3,800, seem to have been created with pencil or paint but they are actually composed of tiny folds in the paper.
Mr Schubert spent two years perfecting the art of folding paper into his elaborate designs.
Mr Schubert, who lives in Cologne, Germany, with his wife Cosima, 37, and their twin children Lilith and Kilian, two, said he often had to convince people his pictures aren't painted.
He said: "Most of the people who see the work are surprised that the pictures are created by folding paper, they don't believe it when I tell them.

I’ve heard about this, isn’t it called Origami?


“Disbelief in magic can force a poor soul into believing in government and business.”-Tom Robbins