Le invasion: Back to the 1950’s: Copper a load of this: Drink a Blowfish: Parker scooter: and a playing Panda .

More white crusty stuff than you could shake a stick at around the Castle this morn, I think the liquid metal in the gauge has emigrated to somewhere warm; the dungeon is bursting with fat teenagers for the furnace, the study is nicely nestled with non number crunchers and his Maj is still clinging to the radiator in the kitchen. 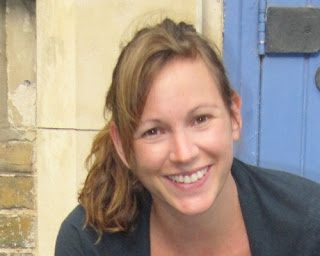 From next June, for the first time, a French MP will take his or her seat as representative for a new constituency stretching from Dublin to Riga, with its heart in London. The winning candidate will have a seat in Paris's national assembly and will represent the interests of French nationals based in northern Europe, the largest proportion of whom live in the UK capital, where there are thought to be as many as 400,000.
One of the leading candidates for the northern Europe seat is Axelle Lemaire, the head of the Socialist Party in London. Ms Lemaire, 36, has lived in Britain for the past 10 years and currently works as a researcher in the House of Commons. Last night she said there was a strong bond between the countries that she hoped would survive the current diplomatic storm. 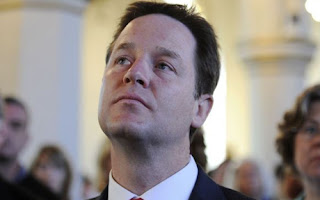 Is to step up his warning against Tory plans for tax breaks for married couples - accusing ministers of seeking a return to the 1950s.
Tory backbenchers are pressing for an election pledge to introduce transferable tax allowances worth up to £150 a year to be implemented within this parliament.
What’s his name will use his "open society" speech to distance his party from the Tories on a range of social issues and will single out the marriage plans.
"We should not take a particular version of the family institution, such as the 1950s model of suit-wearing, bread-winning dad and apron wearing, home-making mother - and try and preserve it in aspic," he will tell the Demos think tank.

Right a smidge to the land of ABBA 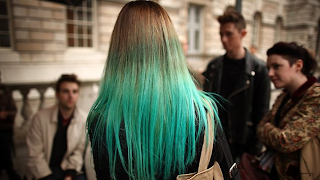 Several blonde residents of a southern Swedish town were left with green hair after an unusual reaction between the water supply and the shower system of a number of new homes.
Authorities began investigating when a number of inhabitants of Anderslov complained that their hair suddenly turned green, Swedish newspaper Skanskan reported.
They tested the water supply in several homes to see if there was a high level of copper - known to turn hair green - but recorded only normal levels of the metal.
However, when hot water was left in the houses' water systems overnight, the amount of copper in it was found to increase to five or 10 times the normal amount.
Investigators concluded that the hot water must have peeled copper from the pipes and water heaters. The copper then was absorbed into the water, causing the shock hair colour change when residents showered.
The problem was found to be worst in new homes, where pipes lacked coatings.
Residents were told wash their hair in cold water or live in an older house to avoid the problem


Very helpful, but are they “real” blondes. 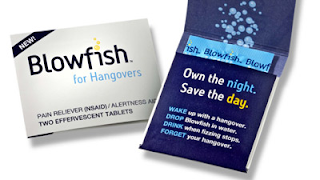 A former finance worker claims to have created the 'ultimate hangover cure' which obliterates the symptoms of excess in just 15 minutes.
Blowfish contains a whopping 1,000 milligrams of aspirin, 120 milligrams of caffeine and an antacid to soothe upset stomachs.
The magic formula isn't the work of scientists, but was discovered by Brenna Haysom, who stumbled across the recipe after trying hundreds of hangover cures.
Now Blowfish has become the first remedy specifically designed for hangovers to be recognised by America's Food and Drug Administration (FDA).
It hit the US market this month and could officially be launched in Britain as early as next year. 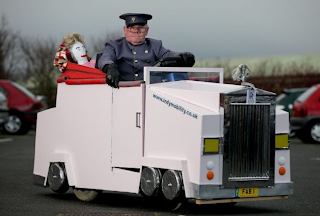 A granddad who is obsessed with Thunderbirds has built his own version of Lady Penelope's Rolls Royce, complete with a homemade doll in the back seat.
Brian Vann, a 74-year-old retired construction worker from Evesham, Worcestershire, pimped his 10mph scooter to emulate the car from his favourite television show of the 1960s.


Using cardboard and tin foil, Vann carefully crafted the model around his scooter, painting the wood and even using a Barbie doll to create his own version of the Rolls Royce emblem on the front.

The idea for the transformation came after Mr Vann's wife passed away in 2010, and he decided to design it to compete in a cancer charity race.


Now to get around town, Mr Vann cruises in his Thunderbirds-inspired 'Royce' with a model of his Lady Penelope in the back seat.

'I have always loved the Thunderbirds show when it was on the telly and have harboured an ambition to drive around Lady Penelope,' said Mr Vann.

Two giant pandas, Hua'ao and Qingfeng stretched their chubby limbs, played and even ate the snow as it blanketed Nanshan Park.

"They get particularly excited when they see snow,' said Ma Rong who works at Nanshan Park.
"Sometimes they like to roll a snow-house and hide inside. They also lump the snow together until they make small snowballs. Then they eat the snowballs as if they're having ice cream."
Snow is nothing new for the endangered animals, which live in cold areas at an altitude of about 2,000 metres above sea level.

Bless...
That’s it: I’m orf to spread nanoparticles on my clothes.
And today’s thought: 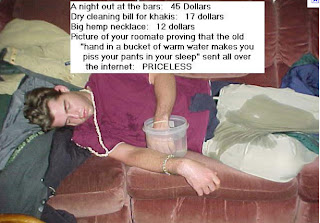