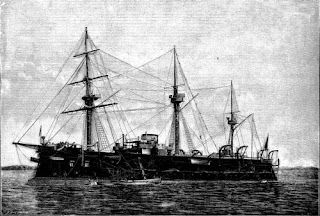 WIND POWERED WARSHIP A Royal Navy captain has banned Brussels sprouts from his warship, HMS Bulwark, because he loathes them so much.

His orders mean no-one on board – including his 390-strong team of sailors and Royal Marines – are allowed to eat them.

Capt Keble disclosed details his ban after he was asked to confirm reports he had banned fried foods from his ship.

And this guy is in charge of an Albion-class landing platform dock the UK's newest class of amphibious assault warship. 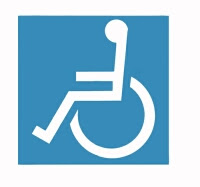 Talking of miserable people: A traffic warden slapped a £75 tcket on a car because the disabled parking badge was upside down, Ron Padwick, 76, a great grandfather, placed the parking permit on his dashboard with all the details visible, but accidentally left the card facing the driver's seat.

He had a cup of tea with a friend and returned 15 minutes later to find a penalty notice stuck on the windscreen of his blue BMW, which had been parked in a disabled bay in Leominster, Worcester.

The witless warden also left a note on the windscreen saying that his badge was not “displayed in the correct manner”.

Herefordshire Council have refused to back down on the fine because they say the rules on its display are clearly laid out on issue.

A spokesperson said: "All blue badge holders are requested to display their badge the right way around so that the expiry date is visible.

"Instructions on how to display the badge are clearly laid out in the terms and conditions of use issued with the pass.

"If it is not displayed properly, this may result in a penalty notice being issued.

"Regarding the case under discussion, the badge was displayed the wrong way around, which is why a penalty notice was issued." 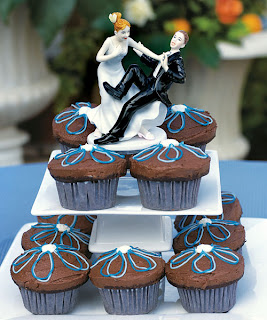 Now Haylie has called her vicar to cancel the wedding.

She said: "There was no way I could marry an adult film star."

She told a magazine she found he was a romantic, thoughtful and passionate lover and six months after meeting he moved into her flat in Bristol.

Jason, who regularly bought her flowers and jewellery, often went away at weekends, telling her he was training clients in a gym.

After eight months, he proposed and bought her a diamond engagement ring.

But Jason's secret emerged when Haylie's friend Lisa tried to book a stripper for a hen party.
Lisa stumbled across a movie clip in which the male star looked like Jason.

Haylie checked the website - and realised it was Jason.

He added that he would be honest with women in future relationships. 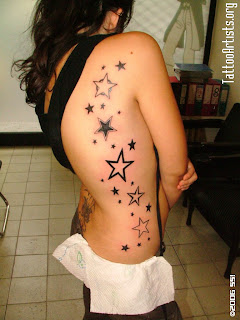 Starry starry night A Belgian teenager is suing a tattooist for £10,000 after claiming she woke up with 56 stars on her face.

Kimberley Vlaminck, 18, claims Rouslan Toumaniantz spoke such bad English and French that he misunderstood her at the Tattoo Boy studio in Courtrai, Belgium.

She claims she fell asleep while the tattooist went to work and woke up to find 56 stars on her face.

"It is horrible," sobbed Kimberley. "He has turned me into a freak. I can't go out on the street now without people looking at me."

However, Mr Toumaniantz insists she "got what she wanted" - and only complained when her dad got angry and her boyfriend dumped her.

Miss Vlaminch wants compensation to undergo laser treatment to remove the tattoos, but even after the treatment - that will cost upwards of 10,000 Euros, she is likely to be left with scars for life.

How the hell can you fall asleep having a tattoo done, let alone 56?


Star struck or what. 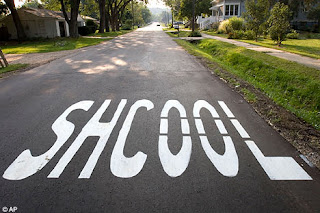 Spilling mistaks The most commonly misspelt word in English is 'definitely' with many of us incorrectly writing it as 'definately', says a study.

Other problem words include sacrilegious, indict and bureaucracy, reports the Daily Mirror.
More than 30% of those polled blamed text messaging for the mistakes while 42% think poor spellers are "thick".

OnePoll.com, which polled 5,000 people, said: "Technology is contributing to our inability to spell."

And if you are a relly bad speller, here is a quiz-Correct the spelling mistake quiz

Angus Dei-NHS-THE OTHER SIDE
Posted by Angus Dei at 07:44 4 comments