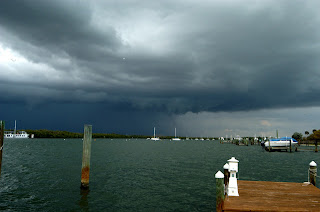 Shall I compare thee to a summer's day? Wet, windy and cold.


We wish you a quiet lunch 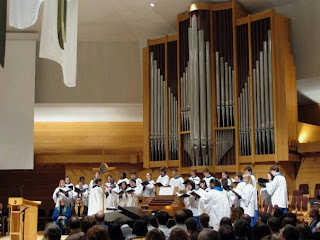 Authorities at the Palace of Westminster have decided that choirs from his Hemel Hempstead will no longer be allowed to sing in Portcullis House at Christmas because they have been putting MPs off their lunch.

Tory Mike Penning raised a point of order with the Speaker: "For the last four years in the run-up to Christmas, choirs from my constituency have entertained in Portcullis House over lunch parliamentarians and staff and other members of the Commons authorities.

"Last week, out of the blue, an email arrived in my office saying this would be banned in the future as it was inconveniencing members of the House during their lunch.”

Mr Bercow said he was "not previously conscious" of the ruling and would investigate.

He told Mr Penning: "On the face of it, you and your constituents have reason to be disconcerted and I will certainly look into the matter."

What a bunch of miserable munchers. 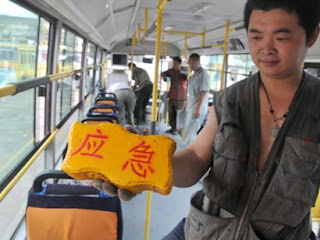 Bricks are be used in Chinese busses for passengers to use to break windows in an emergency.

The bricks, painted yellow with "emergency use" written on both sides, are stored under the driver's seat and under a rear seat.

"It's easy for passengers to spot them, and use them to break the window if something happened," said a spokesman for the Harbin Public Transport Company.

The company had stopped providing passengers with safety hammers to break windows as they were always being stolen.

"We don't think anybody will be interested in stealing bricks," the spokesman added.

Bricks have so far been installed on several bus routes in a pilot scheme in Harbin, the capital of Heilongjiang province, reports Northeast Network.


Funny that, in the UK we have busses with a thing called an “emergency escape door”.

Watch out, Watch out there’s a Heffer about

An American couple have survived unscathed after their minivan was crushed - by a Falling Cow, Charles and Linda Everson were driving back to their hotel when Michelle, a 600lb rodeo cow, landed on their bonnet.

Amazingly, the beast had fallen 200ft from a cliff.

Chelan County fire chief Arnold Bake said the couple missed being killed by a matter of inches in the accident near Manson in Washington State.

The pair, who were visiting the area to celebrate their first wedding anniversary, were taken to hospital but later released.

Unfortunately, Michelle was not so lucky. She had to be put down. 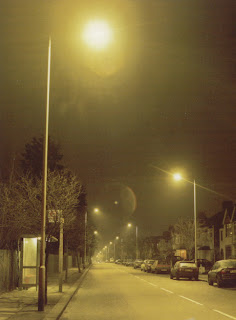 The City of York Council to turn off street lights Paul Thackray, the council's head of highway infrastructure, says it would minimise the use of natural resources, cut the energy used to power lights, and reduce light pollution.

His report says Essex County Council last year agreed a similar scheme to turn off many street lights between midnight and 5am.

The idea is part of a 'sustainable street lighting strategy' to be considered by City of York Council's ruling executive, says the York Press.


Stumbling in the dark. 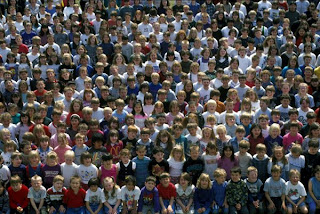 Ministers have been asked to consider closing schools this autumn to help curb the number of swine flu infections.

Amid predictions that the number of cases will soar as the school holidays come to an end, two infection experts have argued that a school closure programme could "break the chains of transmission" and buy time to produce a vaccine.

Professor Neil Ferguson and Dr Simon Cauchemez, from the department of infectious disease epidemiology at Imperial College London, also cited studies showing that closing schools at the height of a flu pandemic could cut the number of cases by up to 45%.

The report said as children appeared to be more susceptible to the current bug than adults; there could be "strong arguments" for ministers to revisit their policy on school closures.

"It is... hoped that closure of schools during the pandemic might break the chains of transmission, with the following potential benefits: reducing the total number of cases; slowing the epidemic to give more time for vaccine production; and reducing the incidence of cases at the peak of the epidemic, limiting both the stress on healthcare systems and peak absenteeism in the general population, and thus increasing community-wide resilience," the researchers said.

Schools Secretary Ed (scary eyes) Balls told The Guardian that there was "no longer" a case for closing schools to contain the infection's spread as the virus was already established in the community.


And kids never get together, or go to crowded shopping centres in the holidays do they?


Let loose the dogs of war! It is summer holiday time.

Angus Dei-NHS-THE OTHER SIDE
Posted by Angus Dei at 08:25 5 comments

A BIT OF PROPER(ISH) NEWS 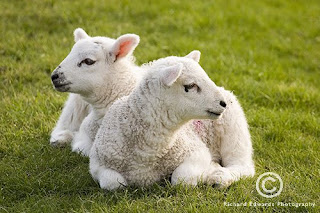 And you may well ask why-the answer is that producing 2.2. lbs of lamb puts 37ld of Carbon dioxide into the atmosphere, whereas tomatoes only produce 20lbs and potatoes 1lb for each 2.2 lbs.


Lamb produces so much carbon dioxide because sheep belch so much methane, which is a potent greenhouse gas. Cows are also damaging, releasing the equivalent of 35lbs of CO2 per 2.2lbs. Previous studies have shown that a herd of 200 cows can produce annual emissions of methane - roughly equivalent to driving a family car more than 100,000 miles on more than four gallons of petrol.

The study also found that alcoholic drinks contribute significantly to emissions, with the growing and processing of hops and malt into beer and whisky producing 1.5 per cent of Britain's greenhouse gas.


More than a third of all methane emissions in the country is produced by farm animals. By volume, methane is 20 times more powerful at trapping solar energy than carbon dioxide.


Yep and more than 90% of all greenhouse gasses are produced by the bullshit coming from the Houses of Parliament. 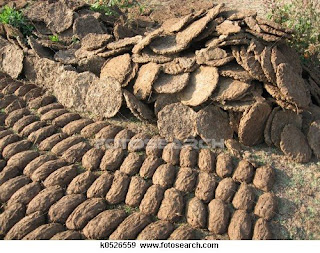 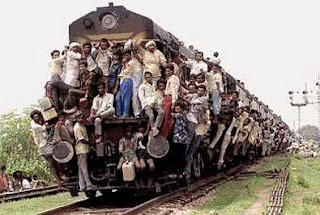 And talking of bullshit the government has spent £500,000 of our money on research to discover that commuters want……trains to run on time.
“The report for the RSSB, which is funded by the Department for Transport to the tune of £12million every year, discovered that passengers are likely to be in a "positive emotional state" if their train is punctual and announcements are audible and comprehensible, and in a "negative" frame of mind if the service is late and no one tells them why.”
Rail users were lumped into bizarre categories in the document. "Snipers" hover next to an occupied seat, ready to take it when it becomes vacant, while "Sentinels" lean against a partition, thought to be the most tolerable standing spot.
"Blockers" hold the grab rail, making it impossible for others to pass. "Heroes" fight through the crowd in search of an aisle space or seat.
And “Tossers” run the railways. 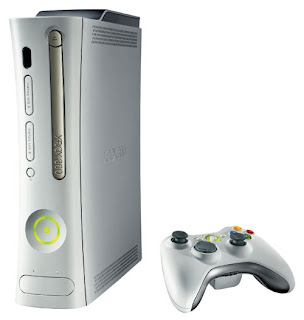 Microsoft have come up with a game which needs no controllers, the movement of the players is detected by the games console instead.
The Xbox 360 system, which is expected to be launched next month, means people can drive a virtual car, kick a computer-generated football and dance with an on-screen partner simply by moving in the correct way. A gun can be fired by pulling an imaginary trigger and a fighter plane flown by holding an invisible joystick.
The machine, which uses infra-red light to monitor movements in three dimensions, is designed to end the dominance of the Nintendo Wii, which has revolutionised computer gaming by using the players' own movements to control the action. However it uses motion-sensitive hand or foot controls.

It is expected to be launched as early as next month at the E3 video game conference in Los Angeles.

Just a hint to Microsoft-instead of spending millions on new games, GET THE FIRKIN OPERATING SYSTEMS SORTED OUT ON COMPUTERS FIRST! 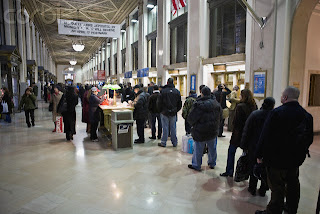 Please go to barman five-Drinkers in Oldham will have to queue at bars and buy no more than two beers at a time in an attempt to curb violence and binge-drinking.
Customers will be encouraged to stand behind rope barriers similar to those used in banks and post offices as they wait to be served, while drinking in the queue will also be discouraged, under new proposals.
The new rules have been put in place by Oldham Council in all 22 pubs in the town centre. The 2003 Licensing Act allows police and trading standards to apply for variations in a pub licence if these is concern about alcohol-related violence.
Critics, however, have branded the new plans "unnecessary".
"We have no problem with tackling problem drinking but this is not the way to go about it," said Mark Hastings, of the British Beer and Pub Association.
"These measures are costly, unnecessary and totally disproportionate at a time when around 40 pubs are closing every week.
"People aren't going to want to drink if they have to queue up as if they're in the post office."
Here’s a novel idea to reduce binge drinking, bring back the licensing hours. 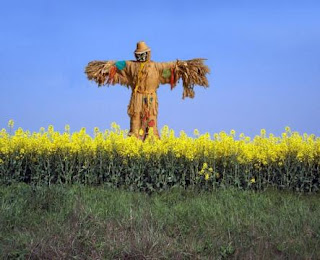 And finally:
The village where Jamie Oliver lives has some new inhabitants, A scarecrow poking fun at money-grabbing MPs is one of nearly 70 which have sprung up in Jamie Oliver's home village.

The figure is part of an invasion of novelty bird-scarers, including Darth Vader, the Village People and Margaret Thatcher, which have popped up all over the tiny rural idyll of Clavering, Essex.
But one enterprising resident saw an opportunity to make a dig at scandal-hit politicians who have been exposed by the Daily Telegraph's investigation into MPs expenses.
The scarecrow of a gardener pushing a lawnmower has popped up outside a pretty thatched cottage in the village.
Signs offering 'moat clearing', 'removals organised for flipping' and stating 'Invoices can be sent direct to Westminster if desired' have also been errected.
Local MP for Saffron Walden Alan Hazlehurst spent £12,000 on gardening costs over five years.
Farmer Peter Balaam, who made the effigy, said he was not pointing the finger at him but at MPs in general.
Organisers of the fete have been astounded by the response to their idea after 67 figures appeared on grass verges, in gardens and on benches in the pretty village.
Among the more inventive are four seven foot "Village People" doing the YMCA, an effigy of Margaret Thatcher climbing a roof and Darth Vader sitting by the village pond.
There is also a bride, a scene from The Wizard of Oz and Little Miss Muffet.
Mrs Cook, 39, said: "It's just gone mad. We expected a dozen at most but there has been an invasion in the village.
"There is a man in a bowler hat left on the bench, who looks like he is waiting for a lift and a cleaner was left next to the village sign.
Maybe they should put the scarecrows up for election, they couldn’t do any worse, and they would.t need expenses, apart from the odd bale of straw.

“Nothing travels faster than light, with the possible exception of bad news, which follows its own rules”-Douglas Adams