Exceedingly wet, warm and wibbly at the Castle this morn, his Maj (minus his crown jewels) was collected from the vets yesterday pm, had some food and promptly fell asleep, he hasn’t stopped purring since he got home, the vet described the “op” as a chip and snip, which means that wherever he may roam he is on the database.
The study is half fullish of busted bloody computers, and I have just returned from the stale bread, gruel and pussy food run at Tesco. 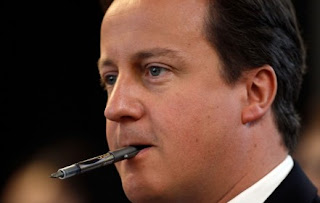 Ex smoker David Cameron has admitted to a change of heart about the smoking ban, saying he now considered it a success.
Speaking at Prime Minister's Questions, he said: "As a former smoker and someone who believes strongly in liberties and someone who did not support it at the time, it has worked."
He was responding to a Labour backbencher's question about a smoking ban in cars when children were present.
On that issue, the prime minister said, he would have a "serious think".
Stockton North MP Alex Cunningham, who asked the question, claimed the vast majority of people backed such a ban, and asked the government to support his Bill criminalising it.


Too many fags at public school... 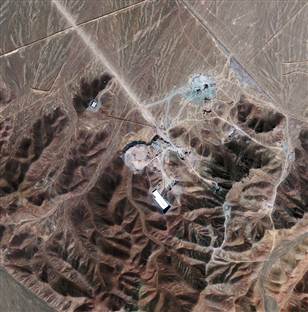 Allegedly British armed forces are stepping up preparations for potential military strikes on Iran as the country triples its nuclear enrichment programme.
In anticipation of a potential attack, military planners are reported to be examining where best to deploy Royal Navy ships and submarines over the coming months as part of what would be an air- and sea-launched campaign led by the US.
The RAF could also provide air-to-air refuelling and some surveillance capability, should it be required.
The Ministry of Defence has played down strike preparations, saying they have been in place for some time.
It said they were secondary to a dual track strategy of pressure and engagement for a ‘negotiated solution’ in order to avoid a regional conflict.

Something to look forward to... 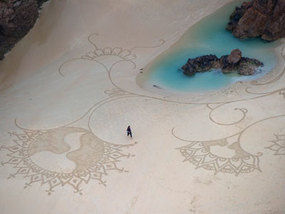 French artist Sam Dougados's designs of parallel lines within concentric circles transformed a beach from a plain seaside image into a fantastic display.

His award-winning design, which took a number of hours to create, was one of many in the World Beach Art Championships held in Jersey, sponsored by MyMemory.com.


The beach art was created by dragging a broom-like instrument across the sand.
So that would be a broom then...

Up to the proper bit of Blighty 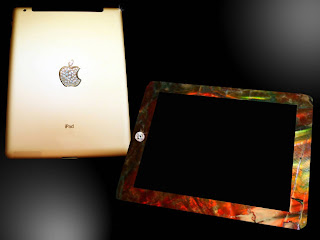 An iPad customised with gold, diamonds and shavings of Tyrannosaurus rex bone has been billed as the world's most expensive gadget.
The £5m device is being promoted by British luxury goods specialist Stuart Hughes.


The iPad 2 is encrusted with 12.5-carat diamonds and has 53 separate gems forming the iconic Apple logo.
The back section has been formed in 24-carat gold and weighs two kilogram’s.
But the most expensive part is actually the main front frame which is made from the oldest rock the world has to offer - Ammolite.
Sourced from Canada, the stone is more than 75 million years old.
Just to cap off the unique design, part of a T-rex thigh bone dating back 65 million years is claimed to have been shaved into the stone.
The final touch is a single-cut 8.5-carat flawless diamond inlaid in platinum surrounded by 12 satellite gems.

East a touch to what is left of the Eurozone 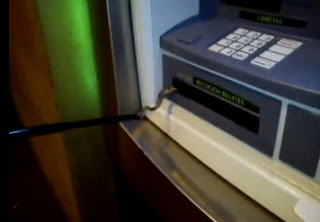 A Spanish man had a shock when he went to withdraw some money - and a snake came slithering out of the cash machine.
The man had stopped to get some cash from a branch of the Caja Madrid bank in Llodio, Alava, at 8am on his way to work.
The middle-aged man managed to grab hold of his money despite the snake attempting to attack him, reports Euro Weekly News.
He then alerted the police, who arrived on the scene, and with the help of the bank manager, discovered that the snake was trapped by the mechanism of the cash point.
The manager activated it from the inside, freeing the snake, which was put in a box and taken to a shelter.
Police say they have not ruled out the possibility that someone may have put it there for a prank.
However, they say that it is a rural area so it's possible the snake got there of its own accord


That’s one way to cut spending...

Just to get the old grey cells moving: 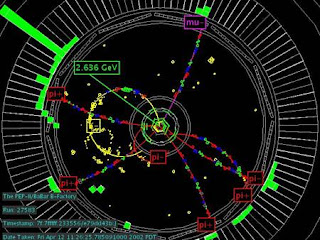 A quiz on Particle Physics.


1.      Which sentence best describes the known dimensions of physics?


3.      Fundamental or elementary particles are particles that aren't made up of smaller particles. What is the most common type of fundamental particle in the universe?


7.      Why are scientists looking for the so-called God particle or Higgs boson?


9.      Which of the following sentences about antimatter is NOT true:


All answers to Stephen Hawking, well it will give him something to do while he sits a bout on his arse all day.


And today’s thought: Computers are not intelligent. They only think they are.