Cop that: Stocking up at Crimbo: Sick of travelling: Ride ‘em fat boy: and the Eden pasty.

Cold, wet, windy and more than wobbly at the Castle this morn, the furnace is firing nicely on fat teenagers and his Maj has discovered the joy of hiding in the washing machine and then attacking when I pass by.
I’m orf to Tesco on the stale bread, gruel and pussy food run when they finally open their doors, and after that a lot of cleaning of the upstairs-that should make it snow... 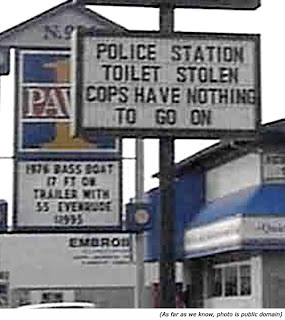 Apparently while the plod is out hiding behind anything large enough to disguise their nice warm BMW’s and Volvos, naughty persons are raiding the empty nicks.
Hundreds of thousands of pounds worth of equipment and personal belongings have been stolen from police stations across Britain, it has been revealed.
Thefts in the past five years include handcuffs, uniforms, speed guns, dogs, riot shields, and even patrol cars.
The list was revealed as a result of freedom of information requests by the Press Association.


Greater Manchester Police was the worst hit, with thieves taking a £10,000 patrol car and £30,000 private vehicle.
Among the more unusual stolen items were a small fridge from Dunstable, CCTV footage and a TV from West Oxfordshire, a packet of crumpets from Priory Road police station in Hull and a fern and plastic plant pot from Lancashire Police.
A £20 mannequin was stolen from Essex Police's kennels at Epping, a 20-pack of toilet rolls vanished from West Mercia, while at Pontefract police station, in West Yorkshire, a thief made off with a £48 tea float.
A terrier and a lurcher were taken from a police station in Blackburn in Lancashire and on Merseyside seized pit bulls were taken.
Amongst the low-value items were coffee worth £2.50 from Byker police station in Newcastle, a cap badge from an officer's hat in Widnes and a copy of an antiques guide worth £5 from Basildon in Essex.
Six pints of semi-skimmed milk were stolen from Cambridgeshire Police HQ in Huntington, and a £1 cereal bowl and empty lunchbox worth £3 from Hucknall police station in Nottinghamshire.
In Devon and Cornwall, items included a betting slip, bail sheet, unwritten parking ticket and a Peter Storm fleece jacket worth £60.

I’d check the boots of the nice warm BMWs and Volvos if I were in charge. 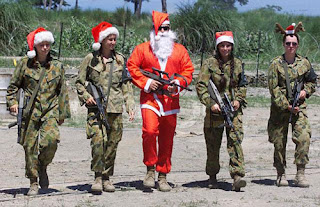 It seems that the bestest Crimbo pressie is a gun.
According to the FBI, over 1.5 million background checks on customers were requested by gun dealers to the National Instant Criminal Background Check System in December. Nearly 500,000 of those were in the six days before Christmas.
On Dec 23 alone there were 102,222 background checks, making it the second busiest single day for buying guns in history.
The actual number of guns bought may have been even higher if individual customers took home more than one each.

Ah; the season of peace and goodwill, as long as you are armed....


In the skies over everywhere 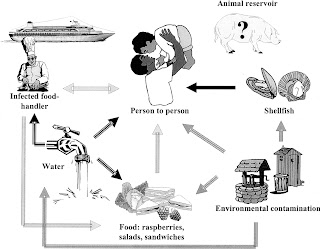 Recent studies have shown how easily the infamous cruise ship bug, norovirus, can be transmitted on planes.
After a passenger puked on an Air New Zealand flight, crew members tidied up then clocked out after the plane landed. “Not only did the crew that cleaned up the mess get sick, but on every successive flight at least one or more crew members got sick with typical symptoms of norovirus.”  Said David Freedman, of the University of Alabama at Birmingham, at the recent meeting of the American Society of Tropical Medicine and Hygiene.
In fact, almost half of all crew members that worked the plane over the next five days picked up the virus. Planes aren’t scrubbed thoroughly between flights, and norovirus can linger on surfaces for days. But “in looking at the typical disinfectants that are used by airlines, none of the routine disinfectants would be considered effective against norovirus.”

So, when travelling, wash your hands often, keep your fingers and legs crossed, and keep a carrier bag to hand.

Back over to the land of the bow backed horse 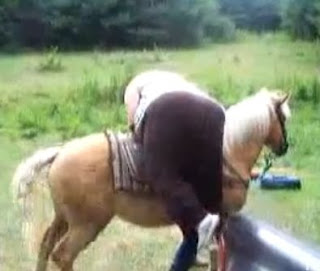 In a sign of America's growing girth, dude ranches and hunting camps in the Northern Rockies are adding heavyweight horses and super-large saddles to seat swelling numbers of outsized clients.
With the Centres for Disease Control and Prevention reporting that a third of U.S. adults and 17 percent of children are obese, Western wranglers and outfitters say they are doing all they can to accommodate the widening of waistlines and other anatomical areas.
"To put it bluntly, we call them the big-butt saddles," said Lee Hart, owner of Broken Hart Ranch in Montana. The business near Yellowstone National Park seasonally provides trail rides and guided hunting by horseback to nearly 2,000 people from across the country.
Hart and others said the 18-plus-inch saddles they now stock were all but nonexistent 30 years ago, when just 15 percent of American adults were considered obese. At that time, a 16.5-inch saddle would have been considered ample enough for a stout rider.
Guest ranches and outfitting operations also are bulking up on riding stock crossbred with draft horses -- weighing in at roughly 1,500 pounds -- to fit their super-sized customers.
"We have to seat 400 fat people every summer," said B.J. Hill, co-owner of Swift Creek Outfitters and Teton Horseback Adventures in Jackson Hole, Wyoming.
The operation has established a weight limit of 275 pounds for trail rides and pack trips in an effort to prevent injury to both horse and rider.
The extra-large animals and saddles come as other U.S. industries, including airlines and healthcare companies, have in recent years adopted policies or retrofitted equipment to address the rising ranks of plus-size people.

At least they are trying to get a bit of exercise....


Dahn to the bottom bit of Blighty 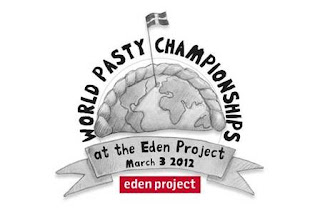 Cooks from around the world will head to Cornwall in March for the first World Pasty Championships.
The event will be held at the Eden Project, St Austell, to celebrate the popular local delicacy, which was given protected status under EU law earlier in 2011.
The Cornish Pasty Association, which is backing the event, hopes people locally and across the world will take part.
It will be held on 3 March, the Saturday before St Piran's Day.
Families in Cornwall have passed down the recipe for a Cornish pasty through the generations.
Phil Ugalde of the Cornish Pasty Association said: "If you know anything about Cornwall, you know that pasty-making is a very emotive subject.
"People feel very proud of it - this was the original fast food."
Gaynor Coley, managing director of the Eden Project, said: "The pasty is one of the great icons of Cornwall and also one of its best exports, carried in the hands of all those hardy mining families who left this coast and who took their skills - and their favourite food - across the world."
Judges will be looking for the best Cornish pasty made to the traditional recipe.


The Oxford English Dictionary suggests the pasty was first identified around 1300.

Yep. That’s the one I had last time I travelled on a chuff-chuff.

That’s it: I’m orf to deliver my mail. 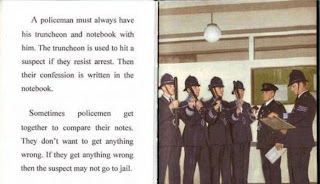