Not sure about the meteorology at the Castle this morn-too dark to see, but I can tell that there is a lot of fast moving air about.


But the good news is that it is warm-ish.

Up to where the non elected government is this week 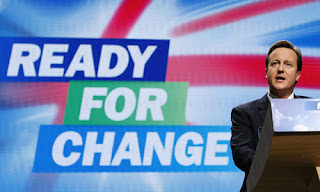 Apparently David Cameron will today warn the British public that turning round the economy will be a long haul but he will insist that the country should not be "paralysed by gloom and fear".
In his closing speech to the Conservative Party conference in Manchester, he will concede that the flat lining economy is in a worse condition than he expected when he became Prime Minister last year. But he will argue that the pain will be worth it, and end on an optimistic note about the future.


Mr Cameron will say: "The only way out of a debt crisis is to deal with your debts. That means households – all of us – paying off the credit card and store card bills. It means banks getting their books in order." 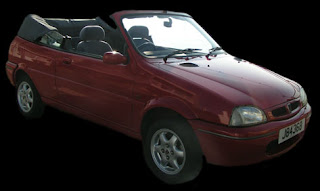 A couple were forced to allow fire-fighters to cut off the roof of their undamaged Rover after inviting the victim of a car crash to take refuge in their vehicle.
Natalie Brain and her boyfriend leapt to the rescue of the female driver after seeing her clamber out of the wreckage of her overturned Mini.
Fearing the car would catch fire, they invited the shocked woman to sit in their own vehicle while they dialled 999.
But when emergency services arrived at the scene, paramedics decided the driver had possible spinal injuries and insisted she could not be lifted out through the car door.
The incident happened following the crash in Blackwater, Surrey, during the evening of September 25.
Miss Brain, a carer from nearby Yateley, was heading home when she spotted the overturned BMW Mini and realised the driver needed help. 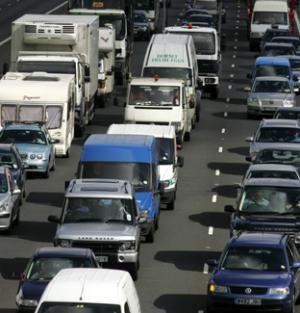 A motorist was caught driving while using a laptop, writing down the answers to a quiz on the radio and drinking coffee all at the same time, police said today.
The behaviour was observed during a crackdown on distracted drivers by Hampshire police, with other offences including a man eating a pear with a knife while driving and motorists using mobile phones.
The force hired an unmarked HGV cab for the initiative in order to get a good viewpoint from which they could observe and video offenders.
As well as the Scania lorry cab, police used two marked cars and a marked motorcycle for the crackdown, called Operation Tramline.
Sergeant Paul Diamond said: "This should send a very loud message out to motorists. If you are caught using your mobile phone whilst driving you will face a £60 fine and three points on your licence.
"Should you crash whilst driving distracted or on your phone, causing death by careless driving is punishable by 14 years in prison and we will seek to robustly prosecute anyone committing these offences

Must have been a woman-well men can’t multi-task can they....... 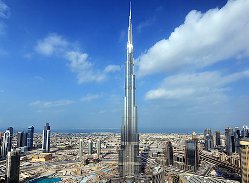 A Dubai restaurant has earned the world record for being the highest from ground level.
At.mosphere received a plaque Tuesday from Guinness World Records for the achievement.
The restaurant is located on Level 122 of Burj Khalifa -- the tallest building in the world. At.mosphere is 442 metres above the ground.
The restaurant boasts a grill, lounge setting and "outstanding views of the Arabian Gulf." 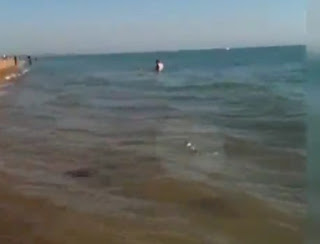 Day-trippers enjoying the heat wave on a Hampshire beach were stunned to spot a lost penguin frolicking in the waves.
Visitors to Southsea beach, near Portsmouth, filmed the penguin diving in and out of the waves.
Joanne Gordon, 35, of Aldershot, said: "I couldn't believe it when I saw it swimming around away just six feet from me."
Earlier, the bird is said to have been seen waddling around the harbour to the surprise of onlookers.
It's believed it was a jackass penguin which normally makes its home in South Africa, 6,000 miles away, reports The Sun. 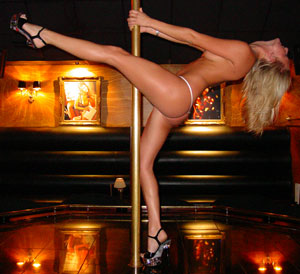 The boss of lap dancing company Spearmint Rhino has suggested hard-up students should consider stripping as a way to pay for university tuition fees.
John Specht, UK vice president of the company, said female students could earn good money while having "fun" working in lap dancing clubs.
His comments have sparked fierce criticism from student leaders who blame the government for forcing undergraduates into stripping to make ends meet.
Mr Specht said: "These girls earn a lot. Some of these girls are on their own and their parents can't help them or are unable to help them.


Wonder if they are looking for daft old farts?


And today’s thought: Do you have trouble making up your mind? Well, yes or no?