Still knackered, but the sinus pain is easing and the headaches have gone-Tamiflu side effects? But I took my veggies in hand and ventured down to the smash and grab (Tesco) at 11am yesterday, absolute mayhem, managed to find a parking space after queuing for ten minutes, the place was packed with psychotic shoppers snatching goods in a frenzy, semi-comatose “people” rooted to the spot and internet robots blocking the aisles, now I remember why I go down there as early as I can. 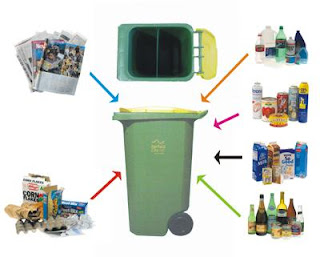 If they win the next election the Tories will reward householders for recycling in order to reduce global warming.

Don’t really think that is a vote winner, after the revelation yesterday re: the “tweaking” of the “proof”, and anyway we all know that it goes into holes in the ground despite all our efforts.

Post still a bit abridged but longer than Monday’s. 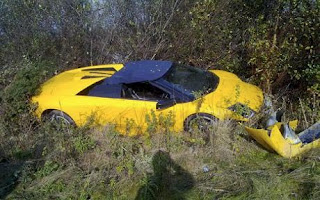 But he lost control of the 220mph yellow supercar on a roundabout just one hour before the ceremony.

The Lamborghini hit the grass verge before smashing into a fence and flipping 360 degrees through the air.

But Mr Gallucci away from the wreckage with nothing more than bruising.

The limited edition Lamborghini - one of just a few hundred in the world - sustained £160,000 of damage and was written off.

Company director Mr Gallucci, who lives with his wife in Baildon, Yorks. said: ''When the car rolled up my drive I was in a state of sheer shock.

''Neighbours were coming out in awe of the thing - it is so rare you'd be lucky to even see one in Britain.

''I was in tears down the phone to Abi, thanking her for the gift. My dream has always been to own a sports car but this is in a different league.

''I was driving it to the wedding when the back end skipped out while I was going around the roundabout.

''The car mounted the grass verge, hit the fence and flipped a full 360 degrees. The next thing I knew I was in a ditch.''

The crash happened on November 7 as Mr Gallucci and best man Warwick French made the 15-minute drive to the wedding at Hollins Hall Country Club, near Bradford, Yorks.

The force of the crash ripped the Murciélago's front bumper off and caused £160,000 of damage to the bodywork, suspension and wheels.

After waiting for police to arrive Mr Gallucci phoned Abi claiming he had broken down and got a friend to pick him up and take him to the wedding in his Range Rover.

He waited until after he had exchanged vows to break the news to his bride.

Yeah I bet he did, could have been the shortest marriage in history, high speed Numpty.
Get your crayons out 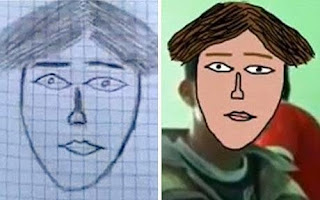 Bolivian police managed to track down a man wanted for murder even though they were working from what has been described as the world's worst photo-fit.

A taxi driver, named in Bolivian media as Rafael Vargas, was murdered in what police said was either a drugs-related hit or a crime of passion.

In March, police found his body, which had been stabbed 11 times before being burnt.

Officials issued an appeal for help, and one neighbour drew a picture of what she believed the suspect looked like - though many other people have said her drawing resembles nothing more than the scarecrow from the Wizard of Oz.

The picture, more reminiscent of a child's school drawing than a piece of forensic evidence, consists of a pair of eyes, lopsided lips, a broomstick-shaped nose, and straight eyebrows topped with hair resembling a thatched roof.

A newsreader presenting the image on Bolivian television has become a Youtube sensation.

And while viewers have ridiculed the crudely-drawn image, it reportedly helped police arrest a suspect.

At least one suspect was arrested following the release of the photo-fit. Though, in keeping with Bolivian laws, he could not be identified. Instead, media sites blocked his face with images of the bizarre photo-fit.

Rough sketch.
Take from the rich 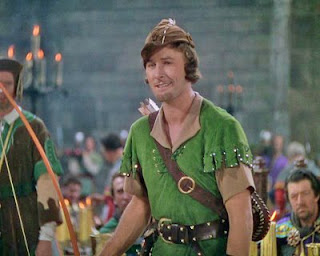 A German bank manager who secretly transferred money from rich clients to heavily indebted customers has been sentenced to a 22-month suspended jail term.

Her altruistic aim was to prevent clients from seeing their accounts closed for want of funds.

As a rule, she transferred the money back when the indebted clients were solvent again, but 1.1 million Euros were lost when certain customers were unable to pay their debts.

The court, in the western city of Bonn, took a lenient view of the fraud as she owned up immediately and took none of the money for herself.

They also judged she had suffered enough after losing her job and paying compensation.

According to press reports, she now lives off a tiny pension.

I suppose it is the thought that counts. 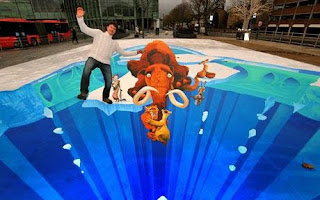 He beat his own world record by covering an area of 330 square metres with a wintry scene to coincide with the DVD launch of Ice Age 3: Dawn of the Dinosaurs.

"Children – and adults – around the world are blown away by Edgar's eye-popping landscapes, and he truly deserves a place in the record books taking the art of pavement of drawing to stratospheric new levels."

Mueller, 41, who has been street painting since he was 16, said: "I used to use chalk and pastels but as my paintings got bigger and bigger I had to use wall paint in case of heavy rain. I also want people to interact with the painting.

I am a great fan of Edgar Mueller and have posted some of his pavement art before, so here is some more. 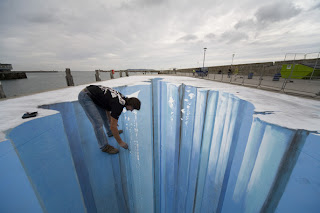 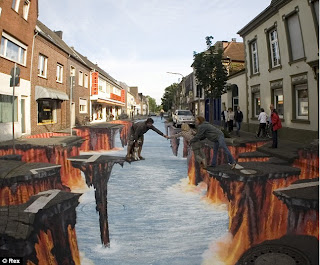 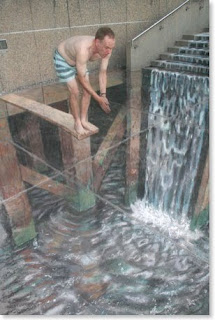 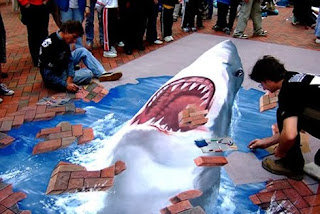