Not my normal offering today, but more of a plethora of subjects, some will say too many, but sometimes excess is good.

You may have noticed that my posts are not planned. And I try not to step on the toes of other bloggers, but I am sure CherryPie won’t mind too much regarding the photos, I would put a link but it seems that Cherie’s place has server problems.

We do have some of the usual subjects-Jobsworths etc, but there are some “interesting” subjects. 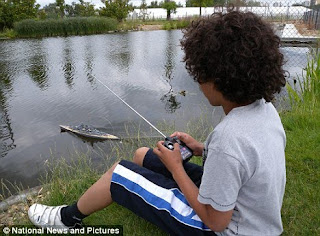 Nine year old Noah Bailey looked forward to his trips to a local pond with his Grandfather at the weekends to sail his model boat, until the Jobsworths struck.

A security man complete with the ever present walkie-talkie approached and asked them what they were doing, he then proceeded (in a westerly fashion) to tell them that the business park had rules (Which they hadn’t bothered to display) forbidding toy boats and paddling dogs.

And the reason for forbidding this dangerous sport? It frightens the fish.

So Granddad took the weeping Noah home, the “management” said "‘we have had quite a few people come to the lake to use their model speedboats which is unacceptable.’We have even had people paddling in the lake. Anything to do with the lake, we try to nip in the bud. 'However, if this toy boat didn't have a motor engine I can't see a problem. Personally, I don't see anything wrong with it.

'It seems a bit pathetic.'

Got it in one you Numpty. 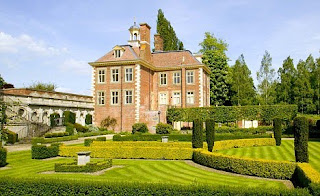 It seems that there is no recession; especially where ex prime Minister’s wives are concerned, Cherie Blair is has apparently spent £250,000 on antique furniture for her country “cottage” (see above).
According to auction house insiders, Cherie has spent the past year and a half collecting Georgian and Regency furniture for the £5.75m home she shares with her husband, the former prime minister. The grade I-listed house in Wotton Underwood, near Chequers, was built in 1704 and previously owned by Sir John Gielgud, the actor. It has seven bedrooms, a 52ft double-height drawing room and ornamental gardens.
Last year she attended a private viewing of antiques and artworks owned by Charles Plante, an American art dealer. She took a particular interest in Regency and William IV period furniture, including a £25,000 pair of rosewood bergère chairs.
Since leaving office Tony Blair is estimated to have signed deals worth at least £10m, including a £5m advance on his memoirs. The Blair’s now have six properties — with two houses in London, two flats in Bristol and a home in Durham.

And I thought they were cutting back on “buy to let”.
Photographs that changed photography 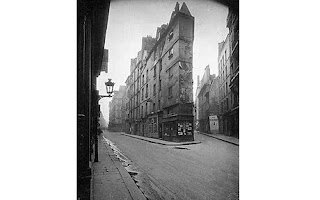 170 years ago, in the summer of 1839, Louis Daguerre convinced the government of France to purchase his invention on behalf of the people of France. On 13 September 1839, the daguerreotype was first exhibited in Piccadilly, London.
Take a look, and while you are at it take a look at Ten photographs that changed the world there are pictures of 1972 Kim Phuc in a napalm attack in South Vietnam by Nick Ut, the Hiroshima Bomb, 1989 Tiananmen Square protest by Jeff Widener and others.
Interesting.
Used cars-be afraid be very afraid 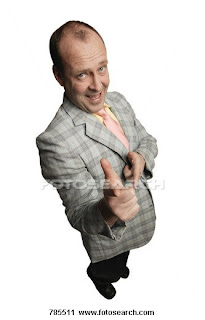 Tens of thousands of used-car buyers have unwittingly bought former rental vehicles from the official dealerships of leading manufacturers.
Some have paid thousands of pounds over the odds after being told that their vehicles had “one previous owner” when they were rented to multiple drivers.
Two of Britain’s biggest hire firms have used a “front” company and an abbreviated company name to register vehicles, meaning buyers didn’t recognise the previous owner on the registration documents.
Other buyers were told that cars were “fleet” vehicles, or owned by manufacturers, only to discover later that they were among the 400,000 ex-rental cars sold on each year.
The Office of Fair Trading (OFT) is carrying out an extensive investigation into the £35 billion used car market, which is focusing on dealerships. It is preparing to publish fresh guidance on when firms should be prosecuted for misleading buyers.
The Liberal Democrats last night called for legal action over “shady trading”. They said new regulations were needed to ensure every ex-rental vehicle was clearly labelled.
Motoring experts warned that consumers should keep an attitude of “buyer beware” and demand to know details of the car’s past before handing over money.
The most controversial cases involve cars that were previously hired out by National Car Rental, which is owned by Europcar, Britain's biggest car hire company, which has a fleet totalling 54,000.
The company registered vehicles in the name of Provincial Securities Ltd, a company it owns that did no business.

Bus lane fines could be illegal 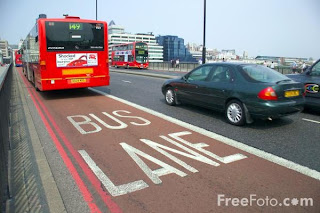 Tens of thousands of motorists fined for straying into bus lanes could have their money refunded as a result of a High Court test case next month.
It has been triggered by an independent adjudicator finding in favour of Shaun Duffy, a motorist from Kenilworth, Warwickshire, who received a £60 penalty charge notice for the offence.
Mr Duffy was one of more than 10,000 motorists caught straying into the bus lane in the heart of Oxford, earning the council £635,435 in fines.
However he complained that the lane was not clearly marked and his appeal was upheld by the Chief Bus Lane Adjudicator, Caroline Sheppard.
His appeal, in turn, has been challenged by Oxfordshire County Council and the High Court will give a "swift clarification" on the where the law stands.
The case revolves on how such lanes should be indicated. Normally the lanes are painted a different colour or the road clearly marked to show drivers where only buses are permitted.
But in some cities bus lanes are only indicated by signs, causing confusion among motorists and their plight was recognised by Caroline Sheppard in her most recent annual report.
"Adjudicators have commented in a number of cases that in a busy city centre drivers are all too easily distracted by the need to be alert to the movement of traffic and pedestrians and are then faced with a multitude of signs."
Announcing his decision to fast track the case, Mr Justice Blake, said: "It seems to me this case should be given priority, since it has potentially wide implications".
His final ruling is likely to affect motorists caught using bus lanes in a number of cities apart from Oxford, including parts of Brighton, Nottingham, Sheffield and Manchester.
The adjudicator's position was backed by the AA. "This ruling is an important victory concerning local authority enforcement of moving traffic offences which is spreading across the UK," a spokesman said.