Chucking it dahn, many, many knots of atmospheric movement, quite a pile of lack of warm and not even a glimpse of solar stuff at the Castle this morn, just returned from the stale bread, gruel and his Maj’s food run dahn Tesco, the place was almost empty apart from the interweb robots and the odd old fart. 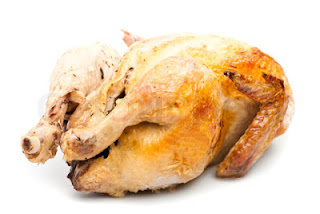 I see that the Mayans got it wrong-again and we have all survived the apocalypse, but I did watch Her Maj in 2D and enjoyed a nice Crimbo dinner with His Maj, had a chicken salad on Wednesday a chicken curry is ready for tonight and tomorrow I might have a change and have chicken soup.
The annual Crimbo toof-ache has arrived and I am orf to see the toof doctor at 11.20 of the am.


I see that our shit for brains Prime Monster 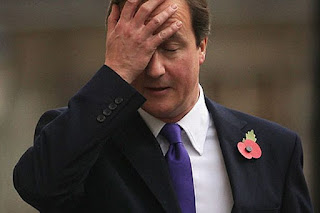 Has decided that the majority of voters in buggered up Blighty are no longer of interest to him, and he thinks that the ConTories need more black and Asian Conservative parliamentary candidates.
U-Turn Cam reckons that he regards building support among voters from immigrant backgrounds as the biggest challenge facing the Tories in their quest to "detoxify" their image among large sections of the community.
And that the ConTories unpopularity among ethnic minorities could spell disaster at the next election.

Worry not tosspot Cam; it won’t be the lack of ethnic minorities that will scupper your chances..... 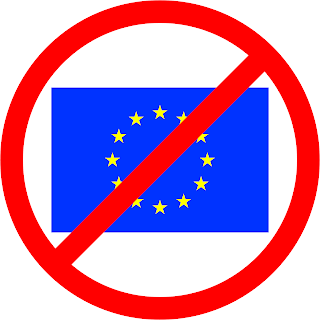 Most people now want Britain to leave the EU, allegedly 51% would vote to take Britain out of the European Union, against 40% who wanted to stay in.
They mark a slight increase in euro-scepticism since autumn 2011, when 49% wanted to leave the EU. There has been a significant shift since 2001, when a poll showed that the public wanted to remain in Europe by a margin of 68% to 19%.
When asked to provide a “school report grade” type rating for the EU, voters gave it a D+, diverging somewhat from the Nobel committee which earlier this year awarded the institution its peace prize.
Britons appear to take an increasingly dim view of the continent’s bureaucracy, as it struggles to contain the single currency crisis.
Earlier this month, the Prime Minister told MPs that while he did not want Britain to leave the EU, an exit was “imaginable”. 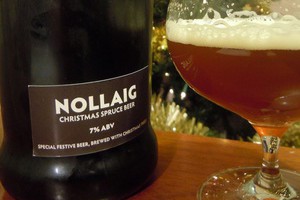 A Scottish brewer has taken the concept of the traditional festive beer to its logical conclusion by creating a drink from the tips of spruce trees.
Based on a Viking recipe, the Alloa-based Williams Brothers Brewing Company has produced Nollaig Festive Ale, which incorporates parts of the Christmas tree to give it a suitably Yuletide flavour.
The ale has proved so popular - all 800 bottles have sold out despite a hefty £13 price tag - that next year Williams Brothers will increase production to 10,000 bottles.
Brewery chairman Scott Williams said that the idea came from their interest in recreating ancient brewing techniques - most famously with their heather ale.
The spruce ale uses the tips of the tree, picked in spring when the growth appears, before brewing begins in April.
“It’s used as a spice,” Williams said. “Imagine you’re making a stew and the  malted barley is the meat and gravy, the spicing usually from the hops. Here it’s the hops and the spruce. It goes into the boil and all the resins and flavours are extracted from the tips which are then fermented.

East to the land of recession and no radiation whatsoever
Comes the perfect pressie for those who just can’t be arsed. 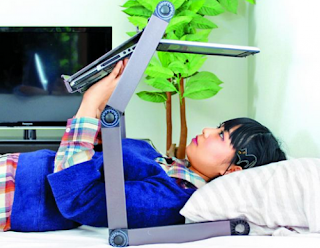 Back in tropical Blighty 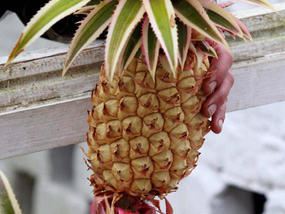 A pineapple nurtured over two years using traditional Victorian techniques at the Lost Gardens of Heligan, near St Austell, Cornwall has been hailed the world’s most expensive piece of fruit – worth a whopping £10,000.
A team of gardeners led by Nicola Bradley created tropical conditions using small greenhouses heated by a chemical reaction between 30 tons of manure plus horse urine and straw.
The gardens have been growing pineapples the same way since the 19th century – when they were rented out to wealthy families as a dinner table decoration.
Eight pineapples are growing at a cost £1,200 each. But the one now ready could fetch £10,000 at auction because of its rarity, although it is set to be eaten by staff.

They are only a squid dahn Tesco....


Well now you may be able to have one or thousands; according to Stephen Hawking, Michio Kaku and Neil Turok, all of whom are responsible for life-changing breakthroughs in the field of quantum physics,and  have all suggested the existence of multiple universes.


And Burt Goldman has hypothesized that you could be living out their lives in an alternate universe.


Apparently if you think about all the decisions you’ve made that led to who you are today. If all these decisions caused a split in your reality, each time creating a new version of yourself in a parallel universe who also goes on to make a certain set of choices thereby splitting their reality, you can begin to imagine the infinite versions of yourself that exist.


Now imagine what you could accomplish if you could somehow tap into these alternate universes to meet and learn from these alternate versions of yourself. Imagine the wisdom you’d learn. The opportunities you’d recognize, the skills you’d acquire, and the pitfalls you’d know to avoid.


By meeting these alternate selves, you’d essentially be tapping into a sea of knowledge and experience. But how, might you be asking, does one access these alternate realities? That’s where Quantum Jumping comes in.


Or total bollocks as it is known in non scientific circles.


That’s it: I’m orf to use some plastic electronics 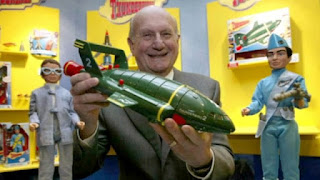