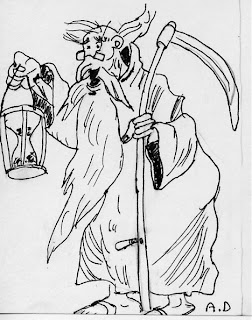 I suppose this is the time of year when reviews are written.

Being me I would like to do a review of things that didn’t happen, and should have.

Get out of Iraq
Get out of Afghanistan
Protect BabyP, and all the other kids being abused and being ignored by the Social Services.
Stop terminally ill patients from having a few more months with their families because of NICE and the cost of drugs.
The Government preventing the “Crash”.
Reduce poverty in this country.
Protect the mortgage holders who were sold houses at inflated prices and are now unable to keep up the payments.
Protect the sick, disabled and mentally ill people on benefits, who are going to be forced to “prepare for work”.
Force the people responsible for the “crash” including Bankers, stock traders, and Government Ministers to get the hell out of their jobs (you know who you are).
Stop the knobs at the Health service from vomiting endless, useless edicts that don’t improve treatment, but only increases the “look at me” attitude of the said knobs.
Protect the pensions of millions of people who are going to suffer, or have to keep working while spending £37 BILLION on the banks.
Get out of the EU.
Allow GPs to decide the treatment of their patients, and not the administrators.
Dump the policy to “regulate” bloggers and online journalists.
Kick the arses of the Energy companies and make them reduce the hyper-inflated cost of Gas and Electricity.
Stop protecting the wealthy and the powerful, and actually do something for the majority.

There are probably many more, if you can think of any let me know.

I know that some of the changes will come into effect next year but as usual with our useless Government and “brains” too little too late.