Not even a plan A (part Cinq): Council Tax celebs: Rock on Tyrol: There’s a hole in my warehouse: Chicken bunny: and I bet that hurts.

Coldish, moistish and calmish at the Castle this morn, the study is still suffering from a lack of lackadaisical logic machines, the elbow is hurting again and his Maj is still bringing me worms.

U-Turn Cam has done it again. 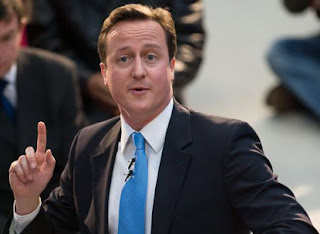 According to the free press, our beloved Prime Monster will put the urgent need to secure a rescue deal for the euro ahead of demands by Conservative MPs for Britain to grab back powers from Brussels.
U-Turn’s position is recognition that he has limited bargaining power because the UK is outside the single currency – and that submitting a long shopping list in the talks would get short shrift from the other 26 EU members. 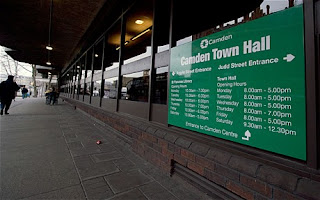 Camden Council has paid thousands of pounds to celebrities to appear at its functions, Alexei Sayle and Simon Amstell, and writer Giles Coren, are among those to have been paid for one-off events over a five-year period.
On another occasion a rapper called Donaeo, real name Ian Greenidge, was given £8,000 to appear at a youth action day at Haverstock School – whose alumni include Labour leader Ed Miliband.


And if you want to see where your money goes across the rest of Blighty click Here and have a butchers. 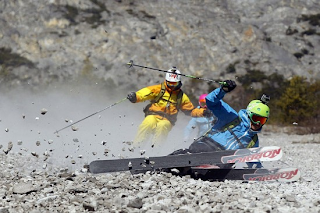 Although the skiing season is officially open, there is no sign of snow in the Tyrol region of Austria.
45 kilometres west of Innsbruck, near the picturesque village of Haiming, skiers have found the perfect place to test out their skiing equipment, even though there’s not one white patch of snow in sight.
The brave Numptys daredevils climb a rock-covered slope on foot and descend on their skis, leaving a cloud of dust behind them. The rocks aren’t as smooth as snow, and they obviously do a lot of damage to their equipment, but the avid skiers don’t seem to mind, as long as they get to practice their favourite sport. Falling of your skies during a descent on the rocky slope of Haiming isn’t what you’d call a pleasurable experience, that’s why only experienced skiers are advised to try their luck here.


Left to the place where things are always bigger 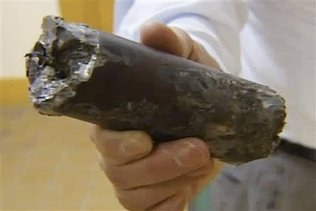 The owners of a furniture warehouse in Plymouth, Mass., want to know the origin of a chunk of metal that plunged through the roof.
No one was hurt when the 6-inch, cylindrical piece of metal weighing about 5 pounds came through the roof Wednesday or Thursday. The chunk punched a small hole in the roof over a closet and scattered ceiling-tile debris.
Federal Aviation Administration inspectors say the piece of metal was broken at both ends and was not an airplane part.
An FAA spokeswoman says the chunk likely came from a piece of heavy machinery, possibly a wood chipper.

Right a lot to the land where snow abounds 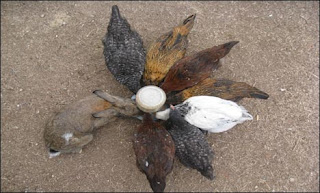 Otto the confused bunny came as a free gift to Ville Kuusinen's home, when he bought nine Silkie hens and a rooster from a farm, the funny bunny likes hatching eggs, scratching around the coop and roosting on a beam with the rest of the hens.
Otto does not like to sit on laps or eat carrots like most pet rabbits. The rabbit that has lived with chickens all his life prefers chicken feed and runs with the chickens outdoors and sometimes plays with them by jumping over them.


I bet that hurts. 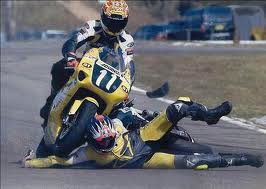 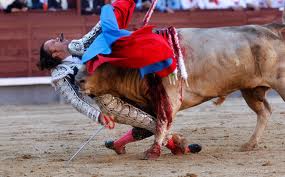 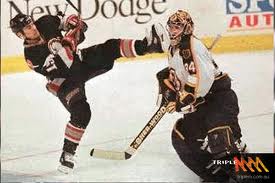 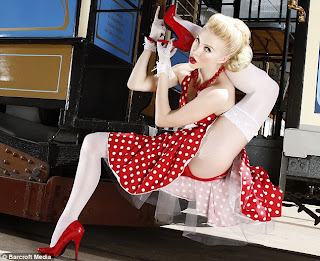 That’s it: I’m orf to find some Flerovium, and maybe a bit of Livermorium. 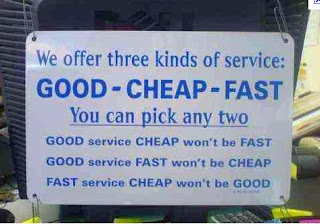