EU blackmail: “Lord” Lipsey has lost it: The Polytron Phone: You only live once in China (unless you have permission): Low-energy nuclear reactor water heater: and Bombing with poison mice.

The merest hint of white fluffy stuff, much more lack of warm, minimal atmospheric movement and not even a glimpse of Dawn’s crack at the Castle this morn, late again, I seem to be going into hibernation mode-going to bed earlier-getting up later, I blame the Government.


According to U-Turn Cam 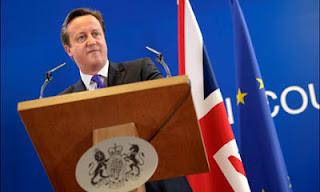 Dahn at Eastleigh in ‘Ampshire he told an audience of by-election voters at the event: "To get an EU referendum you need to vote for a Tory-only government."
Which is of course yet another 180 from the Prime Monster after he pledged at the end of last month's Bloomberg event that a referendum would take place  "if I am prime minister" – whether in coalition or not.


And so the lying, gutless, inept, inbred, arrogant, brain dead, shirt lifting tosser multi millionaire once again takes the piss out of us.

And according to Labour “Lord” Lipsey 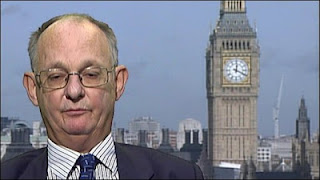 Who is allegedly a member of the House of Lords economic affairs committee Britain's lack of growth is more bearable while unemployment is low in comparison with other recessions.
Writing in The Times, he said the relatively high level of people with jobs is the reason why people are not rising up and rioting.
"The employment figures mean that, whether or not the recession is working, it is not really hurting — at least not really hurting the people who still have jobs and don’t claim benefits," he said. "An unemployment-lite recession has nothing like the social impact of a job-crushing one."
He said it is much better to be poor with a job than without one.


If you can be arsed you can read about the not very poor “Lord” who doesn’t have a clue about real life HERE.


East to the land of Taiwanese 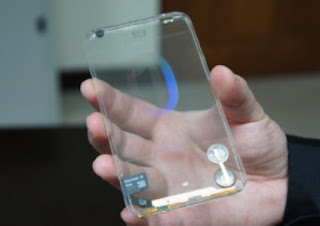 A firm based in Taiwan is hoping to crack the mobile market by launching a transparent phone with functions “similar to a Smartphone”.
• Handset will be able to display images on front and back.
• Touch screen device will be cheaper than iPhone 5.


The lightweight device, which is completely see-through, is made of a toughened glass and can display images on both sides.
The company, which is the Taiwanese division of US-based Polytron Technologies, will put the handset into production this year after six years at the development stage.
The prototype currently shows some items, such as the battery and sim card, as being visible through the glass, though it is thought that part of the handset will be covered up to hide these elements.
Polytron has yet to reveal the price tag for the device but it is reportedly cheaper than the iPhone 5, while the screen is 0.3 inches bigger.
The company are even reportedly looking at ways to make the batteries transparent in the future, and it is hoped the phone will be available later this year.


Over a bit to where copies are even more rife 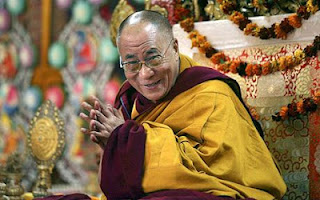 Allegedly China has banned Buddhist monks in Tibet from reincarnating without government permission. According to a statement issued by the State Administration for Religious Affairs, the law, which goes into effect next month and strictly stipulates the procedures by which one is to reincarnate, is "an important move to institutionalize management of reincarnation."
By barring any Buddhist monk living outside China from seeking reincarnation, the law effectively gives Chinese authorities the power to choose the next Dalai Lama, whose soul, by tradition, is reborn as a new human to continue the work of relieving suffering.
At 72, the Dalai Lama, who has lived in India since 1959, is beginning to plan his succession, saying that he refuses to be reborn in Tibet so long as it's under Chinese control.
I’d like to see them enforce that..... 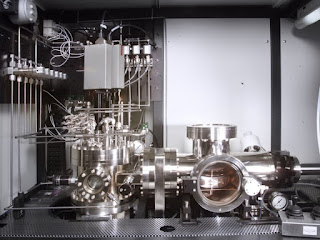 NASA scientist Joseph Zawodny has come up with a device used to test low-energy nuclear reactors .
This reactor does not use fission, the process of splitting atoms into smaller elements employed by every commercial power reactor currently operating on earth.
And it does not use hot fusion, the union of hydrogen atoms into larger elements that powers the sun and stars.
Instead, a low-energy nuclear reactor (LENR) uses common, stable elements like nickel, carbon, and hydrogen to produce stable products like copper or nitrogen, along with heat and electricity.
“It has the demonstrated ability to produce excess amounts of energy, cleanly, without hazardous ionizing radiation, without producing nasty waste,” said Joseph Zawodny, a senior research scientist with NASA’s Langley Research Centre.
“The easiest implementation of this would be for the home,” he said. “You would have a unit that would replace your water heater. And you would have some sort of cycle to derive electrical energy from that.”
The LENR offers a slow-moving neutron to an element – NASA researchers are working with nickel. The nickel absorbs the extra neutron, rendering the nickel unstable. To regain stability, the acquired neutron splits into an electron and a proton.
“So where it once had an extra neutron, making it an unstable isotope of whatever element it was, it now has an extra proton instead, which makes it a more stable isotope of a different element,” Bob Silberg of NASA’s Jet Propulsion Laboratory wrote last week on the agency’s Global Climate Change blog.
“This process releases energy which, hypothetically, can be used to generate electricity.”


With its new proton, the nickel has gained stability as another element: copper.


LENR reactors use common, stable elements like nickel, carbon, and hydrogen and produce stable elements like copper or nitrogen. NASA researchers are leaning on the Widom-Larsen Theory published in 2006 by Boston physicist Allan Widom and Chicago physicist Lewis Larson, who speculates that low energy nuclear reactions are already happening on earth – in lightning, for example. And according to Larson, LENR reactions may be responsible for occasional fires in lithium-ion batteries.
Which underscores that even low-energy nuclear reactors can produce dangerous amounts of energy.


According to Bushnell “Several labs have blown up studying LENR and windows have melted,” “indicating when the conditions are right prodigious amounts of energy can be produced and released.”


Almost Dahn Unda but up a fairway 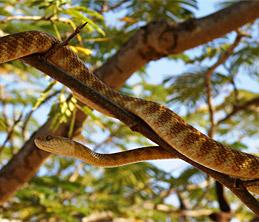 The US is to bomb the tiny territory of Guam with dead mice laced with painkiller in an attempt to kill off the brown tree snakes that have taken over the island.
The reptiles, which can grow to be more than 10ft (3m), have caused misery on the territory for 60 years, since they were unwittingly introduced by US military ships after World War Two.
Now there are serious fears they could slither on to planes at the US military base and hitch a lift to Hawaii, where they would decimate the island's wildlife.
As a result, US government scientists are to drop the poison mice near Guam's sprawling Andersen Air Force Base, which is surrounded by heavy foliage and could offer the snakes a potential ticket off the island.
Scientists calculate there may be two million of the reptiles on Guam, killing wildlife, biting residents and even knocking out electricity by slithering on to power lines.
The mice carcasses are being laced with acetaminophen, the active ingredient in painkillers such as Tylenol.
Unlike most snakes, brown tree snakes are happy to eat prey they did not kill themselves, and they are highly vulnerable to acetaminophen, which is harmless to humans.
To keep the mice bait from dropping all the way to the ground, where it could be eaten by other animals or attract insects as they rot, researchers have developed a flotation device with streamers designed to catch in the branches of the forest foliage, where the snakes live and feed.


Mr Vice said the goal was not to eradicate the snakes, but to control and contain them.


That’s it: I’m orf to decipher the Mysterious Math of the Solar Wind (if I can stay awake long enough)

And today’s thought:
Managed to get out of that one for a while... 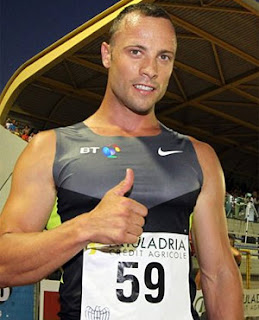