Feeling a bit better today, weather still overcast and a bit chilly, and am waiting for the electrician to come and test my circuits (electrical that is), mind you I think I could do with a re-wire.


How to solve crime 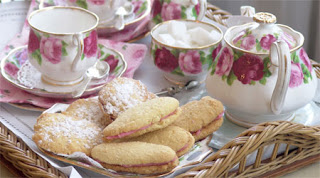 Britain's police forces have spent £3 million on tea and biscuits, figures disclosed under Freedom of Information laws have shown.

The figure was disclosed by 40 of the 57 separate forces across the UK.

Top was Lothian and Borders in Scotland which spent £383,000.

With around 2,600 officers working at the Scottish force, that amounts to £147.31 spent per officer.

Second was Hampshire Constabulary, who got though £308,000 of refreshments.

The Metropolitan police - the biggest in the country - was the biggest biro buyer, purchasing 837,584 pens - or the equivalent of 27 for every officer.

Pete Smyth, chairman of the force's federation, blamed the "poor quality" of the pens for the huge sum - which was more than half the total bought by all forces.

He said: "Most officers will want to carry around three or four with them because it does not look professional if you are trying to take notes and your pen runs out.

"Saying that, a number of officers use their own pens so the number of pens per head is likely to be higher."

He said: "Even though we are supposed to be cutting back on bureaucracy, officers still fill out forms simply because they have to, not because they will be of any use.”

Couldn’t they take flasks with them on patrol? 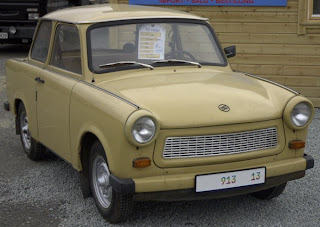 Former East Germany's infamous Trabant was, and still is, a smelly, two-stroke engine car
made out of plastic, cotton and wood. Its top speed is 60mph and under communism even model citizens had to wait an average of 12 years to get one.
“It was the car that gave communism a bad name,” is how commentators summed up the vehicle, universally referred to as the Trabbi.
It still rarely fails to appear on lists featuring the world's worst cars.
Yet now, and on schedule for the 20th anniversary of the fall of the Berlin Wall this November, the Trabbi is due to make a surprise comeback.
However, this time it will be the model German car of the future — both Green and electric. A modernised electric-engined prototype called the “Trabant nT” is to be unveiled at Frankfurt's International motor show next month.
IndyKar, a private company which has developed the new vehicle, aims to attract investors to manufacture them en masse.
There are 50,000 of the original cars still registered in Germany and many take part in organised “Trabbi rallies”. In Berlin tourists hungry for a bit of communist nostalgia can hire them to drive round the city.
IndyKar spokesman Jurgen Schnell insists that the new Trabant will not be a retro car: “It's going to be simple, practical and in the tradition of the original. But it will have the newest technology and be purely electric.”
The new Trabbi has been designed as a city car, equipped with a roof-top solar panel for recharging its battery.
Heresy, I had a Trabant, I bought it for a bet and I can say without doubt that it is the worst car I have ever had, apart from a Vauxhall Viva HB. 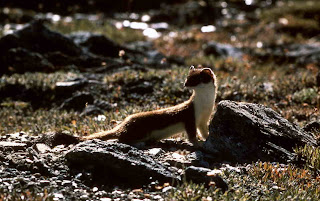 A Chinese man says his family are being harassed by a vengeful weasel after he caught its mate.
Zhang, 28, of Wuchang, eastern China's Hubei province, says the weasel continuously leaves dead mice in his home and poos on his table.
He says it all started when he was awoken one night by weasels in his home, reports the Wuhan Evening Post.
"They had eaten most of the meat I had hung on the wall so I took a stick to beat them. The female was caught in a mouse trap, while the male escaped up the chimney."
Zhang's wife released the female in the mountains the following morning and it was never seen again.
"What I didn't expect is that from the very next night, the escaped male weasel came back to harass us," added Zhang.
"It excretes on tables, and even throws dead mice corpses into our home. The scariest thing was when it jumped onto our bed, screaming. It seems to be protesting at me for catching his wife."

Too fast to plough 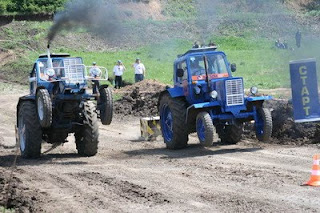 A potato farmer is fighting traffic cops after they claimed to have clocked his tractor speeding - at 76mph.
Thorsten Holck, of Irschenberg, Germany, was baffled when his 24mph farm vehicle received a ticket complete with a speed camera snap supposedly clocking him at twice the speed limit.
He said: "When I got the ticket I thought they'd sent it to the wrong person but I looked at the photo and saw it was my tractor and couldn't believe it.
"I knew it must have been a mistake. I mean, my tractor is fairly modern and got a good motor, but I can guarantee it's no supercar.
"Someone somewhere has made a big mistake and I'm sure when they just take a look at my tractor they'll realise pretty quickly it could never break any speed limits."
Experts believe the camera was out of synch and snapped the tractor after the vehicle that had triggered it had already slipped through.

Mashed up speed camera (think about it) 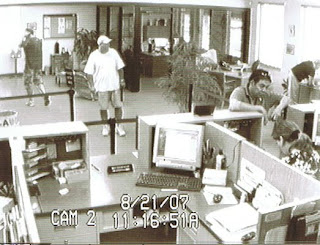 Over the pond in ANCHORAGE, Alaska - A 34-year-old man is in custody after authorities say he gave a teller his account number and showed her his picture ID before robbing an Anchorage bank.
The FBI says Jarell Paul Arnold of Anchorage is being held on federal bank robbery charges.
The FBI alleges Arnold walked into an Alaska USA Federal Credit Union branch Friday and inquired about the balance on his account, according to the Anchorage Daily News. The teller asked for his name, account number and ID, the paper said.
Authorities say he complied, and then handed over a receipt with a note on the back that said he had a gun and demanded money. The FBI says he got away with about $600.
Authorities arrested Arnold on Monday. Court records say Arnold was sentenced to 57 months in prison for bank robbery in 2004.

Numpty of the week.