More than enough solar stuff, not enough lack of cold stuff, too much lack of wet stuff and a dearth of windy stuff at the Castle this morn.
The windows are in need of a clean, the Honda is in need of a polish and his Maj is in need of a door mat to wipe his paws on. 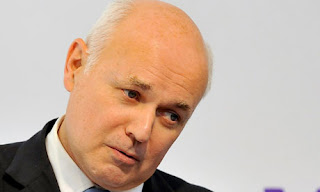 According to the knob at the top of the Dept for Witless Pillocks a “fixation” with giving the poor money to lift them out of poverty is doing nothing to make them take responsibility for their lives.
Unless people’s lifestyles are transformed, they will almost inevitably slip back into poverty, he will say.
And he is calling for the definition of poverty, which is based on a family’s income, to be torn up and replaced with one that takes into account their wider circumstances.

For the first time, factors such as family breakdown and unemployment are expected to be recognised when deciding whether someone is genuinely living in poverty.


And while income is important in determining who is genuinely in need, if it is taken on its own it can distort the picture, he will say in a speech to the Joseph Rowntree Foundation, the social research group.

They still don’t get it do they... He married Elizabeth "Betsy" Fremantle, daughter of the 5th Baron Cottesloe, in 1982. The couple has four children. His wealth is estimated at £1 million much of which has been earned by working as a high end after dinner speaker.

Up in the leaning tower of Westminster 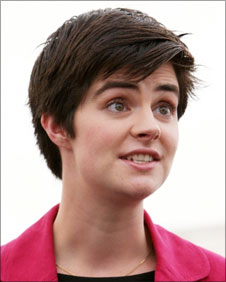 Chloe Smith, the Conservative minister who shot to public prominence for her disastrous attempt to defend George Osborne's petrol duty U-turn on Newsnight, has been appointed minister responsible for lobbying.
She was moved from the Treasury to the Cabinet Office in the recent reshuffle, and yesterday it was announced that she will be taking responsibility for overseeing the Government's preparation of a statutory lobbying register.
According to The PRCA, the professional body that represents UK PR consultancies Smith has joined the Cabinet Office from the Treasury, where she was best known for her poor performance when interviewed by Newsnight's Jeremy Paxman".


No change there then...

In the spirit of the London Olympics, Australia has hosted its own "Outback Games" with events including 'camel' equestrian, 'waterhole' swimming and a flip-flop marathon.
Contenders in the Northern Territory joked that they did Bikram yoga to acclimatise to the extreme temperature and ate garlic to ward off crocodiles.
The event showcased unique home grown sports including sandbar soccer -- football played on an uneven patch of beach -- and 'camel' equestrian involving hobby horses.
"The swimming one requires us swimming with the crocodiles in the waterhole," joked competitor Alison Coulthurst, referring to the fake, inflatable reptiles racers wrangled in the swimming pool.
"We're adopting the Northern Territory approach that, if you lose or you're feeling bad, you just sit back," said competitor Ben Crank.
"Relax and have a beer and it all kind of washes away. It's a great mentality to have as an athlete. If you don't win, don't worry, relax, have a beer. It's all good." 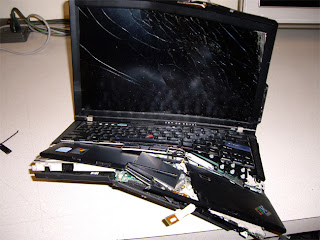 Police in Vermont said a man became stuck on some rock ledges after dropping his computer about 100 feet and attempting to retrieve it.
Colchester police said Randy Lamore, 42, of Winooski dropped his computer while walking along the railroad tracks near the Gorge Road power dam and the device landed about 100 feet down on the bank of the Winooski River, WCAX-TV, Burlington, reported Tuesday.
Police said Lamore, who had been drinking, attempted to climb down to retrieve his computer, but became stuck on ledges in thick underbrush.
The man called 911 on his cell phone and it took about half an hour for rescuers to find him and an hour to execute the rescue.
Police said Lamore was not injured.


East to the place where a syndrome started 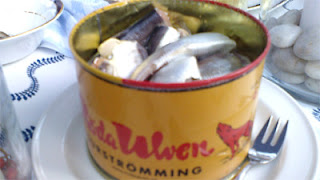 Emergency services rushed to a suburb of Stockholm after reports of a gas leak - only to find a bucket of fermented herring.
Two fire engines, two police cars and an emergency gas leak team all rushed to investigate the reports in Sodermalm, reports The Local.
They had been alerted by concerned neighbours who thought they smelled gas in the stairwell, but it turned out to be something less dangerous.
The strong smell came from fermented herring, or surstromming, a notoriously foul-smelling Swedish delicacy traditionally served at autumn parties.


Over to the Island where there probably aren’t many


Millions and millions of hermit crabs decided to take a walk at Nanny Point near Concordia on one of the Virgin Islands.


Need a lot of lemon garlic butter for that lot...


That’s it: I’m orf to watch a black hole having lunch


And today’s thought:
Paint your wagon. 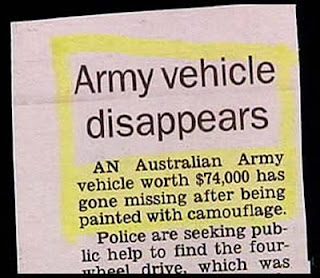