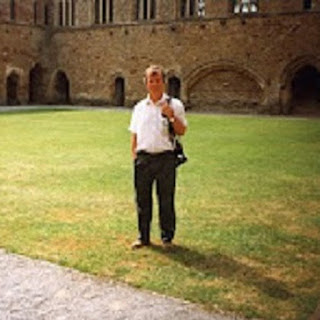 As I sit here in the Castle slowly dissolving into the sofa there is a thought running through what is left of my mind, and that thought is-I am getting more than a tad fed up with being blamed for all the ills in Blighty.
And I suspect that many others of a similar age are of a like mind, because apparently baby boomers are guilty of the state of our once proud nation, we have it seems destroyed the economy, raised taxes so that we can live in luxury on our massive pensions, eliminated growth, executed industry, sent the Eurozone into freefall, brought back whooping cough, invented University fees, euthanized the NHS, demolished the housing sites and thrown the exchequers (our) money into the nearest black hole.

Wrong: What “we” have done is work our arses orf for more decades than those right wingers have been on this buggered up world, paid our taxes, so that they can have free education, free health care and a reasonable-ish life.


Let me enlighten those of you who have been misled so badly by “them”.
And this is not an excuse or a plea for sympathy, just a glimpse into a world you do not know and never will.


Back in post war Blighty there was not a lot of decent food, believe it or not some of us didn’t live in nice detached houses in leafy suburbs, housing was mainly council estates, there were no “luxuries” such as central heating, bathrooms, inside loos, double glazing, phones, cars or bananas, there were a lot of jobs though mainly because some other bunch of right wing lunatics decided to take over the world and managed to kill orf quite a lot of young sons, brothers and husbands who thankfully stopped them.


But we managed, we managed to get our free education, pass our exams and then help the family out by getting orf our arses and getting a job to bring a bit more money into the family.


Many of us didn’t go to “free” university, not because we were dim but because the greater good came before personal gain.

We had an ethic, which we learned from our parents and grandparents to look after the young, the old and the family, to work for what we wanted and if we couldn’t afford it we didn’t get it.
We didn’t think that the world owed us anything we didn’t expect to move straight from school to Oxbridge, get a degree, move into a nice pad, have a well paid job, buy a BMW and sail though life while everyone else did their own thing, it doesn’t work like that.


I admit we have been far too trusting of those we elected to look after our interests. We believed them when they said-“you have never had it so good”, and that they would look after the old, the sick those without work and our young.

But what we ended up with was bunch of thieving, lying, self interested rich gits who voted themselves into power and so far have managed to make things a lot worse.
And no, I didn’t vote for any of them, but we old farts do vote, usually before the pubs close and not always for those we meant to, and they have realised that we have a certain amount of clout-hence the increase in the basic state pension-or maybe not, and the double U-Turn on care for even older old farts.


The truth is that the bankers cocked up the economy (average age well below old fart status), the lying Lib Dems (ditto) brought in university fees, the Tories upped VAT and fuel costs, and someone back in eighties deciding to sell orf a large percentage of council houses which led to the housing “boom”.
The Piss Poor Policies Millionaires Club Coalition is stubbornly set on an economic course that was never going to work (like the 2.6 million unemployed) and is refusing to take a step back and look at the big picture.


So there it is, decades of mismanagement by politicians of all party colours, decades of lying and false promises which has led to dear old Blighty becoming a third world country, and now turning the young against the old, the haves against the have not’s and all against sundry.


Blame the politicians, blame your parents, blame him/her upstairs but don’t blame us old farts because we didn’t do it-whatever “it” is.