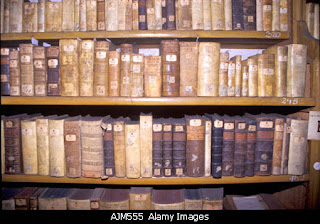 In no way do I profess to be proficient in the “English” language because it isn’t; English that is, it is a hotch potch of Roman, German, French, Gaelic, Norse and any other spoken word you can think of.
It has a way of creeping up on you and biting you in the arse, just when you think you have mastered it, along comes syntax and you are buggered.
Apparently it started with the arrival of three Germanic tribes who invaded Britain during the 5th century AD. These tribes, the Angles, the Saxons and the Jutes, crossed the North Sea from what today is Denmark and northern Germany.

At that time the inhabitants of Britain spoke a Celtic language. But most of the Celtic speakers were pushed west and north by the invaders - mainly into what is now Wales, Scotland and Ireland.

The Angles came from Engla land and their language was called Englisc - from which the words England and English are derived. (Old English)
So “English” isn’t even English, the invading Germanic tribes spoke similar languages to each other, which in Britain developed into what we now call Old English. Old English did not sound or look like English today. Native English speakers now would have great difficulty understanding Old English. Nevertheless, about half of the most commonly used words in Modern English have Old English roots.

The words be, strong and water, for example, derive from Old English. Old English was spoken until around 1100.
Then along came William the conqueror and the Normans, who brought with them a kind of French, which became the language of the Royal Court, and the ruling and business classes. For a period there was a kind of linguistic class division, where the lower classes spoke English and the upper classes spoke French.

In the 14th century English became dominant in Britain again, but with many French words added. This language is called Middle English. It was the language of the great poet Chaucer (c1340-1400).
Modern English:- Towards the end of Middle English, a sudden and distinct change in pronunciation (the Great Vowel Shift) started, with vowels being pronounced shorter and shorter. From the 16th century the British had contact with many peoples from around the world. This, and the Renaissance of Classical learning, meant that many new words and phrases entered the language.

The invention of printing also meant that there was now a common language in print. Books became cheaper and more people learned to read.

Printing also brought standardization to English. Spelling and grammar became fixed, and the dialect of London, where most publishing houses were, became the standard. In 1604 the first English dictionary was published.
There’s nothing like having your vowels shift to make you concentrate.
And finally: Late modern English-The main difference between Early Modern English and Late Modern English is vocabulary. Late Modern English has many more words, arising from two principal factors: firstly, the Industrial Revolution and technology created a need for new words; secondly, the British Empire at its height covered one quarter of the earth's surface, and the English language adopted foreign words from many countries.
Then there is American English-From around 1600, the English colonization of North America resulted in the creation of a distinct American variety of English. Some English pronunciations and words "froze" when they reached America. In some ways, American English is more like the English of Shakespeare than modern British English is.

Some expressions that the British call "Americanisms" are in fact original British expressions that were preserved in the colonies while lost for a time in Britain (for example trash for rubbish, loan as a verb instead of lend, and fall for autumn; another example, frame-up, was re-imported into Britain through Hollywood gangster movies).

Spanish also had an influence on American English (and subsequently British English), with words like canyon, ranch, stampede and vigilante being examples of Spanish words that entered English through the settlement of the American West. French words (through Louisiana) and West African words (through the slave trade) also influenced American English (and so, to an extent, British English).
Today, American English is particularly influential, due to the USA's dominance of cinema, television, popular music, trade and technology (including the Internet).

But there are many other varieties of English around the world, including for example Australian English, New Zealand English, Canadian English, South African English, Indian English and Caribbean English.
Which is a real pain when trying to write, and using the spell checker, because it hops from “English” English to “American” English, like a rabbit on steroids.

So there we are, a potted history of “English”, but I haven’t even started on Antanaclasis (Repetition of a word in two different senses.)
Example:
If we don't hang together, we'll hang separately —Benjamin Franklin

Or Paranomasia- (Using words that sound alike but that differ in meaning (punning).)

Or even Syllepsis -Using a word differently in relation to two or more words that it modifies or governs (sometimes called zeugma).
Example:
There's a certain type of woman that would rather press grapes than clothes — Ad for Peck & Peck suits

Or of course the good old Onomatopoeia
Use of words whose sound correspond with their semantic value.
Examples:

The buzzing of innumerable bees...

'Tis not enough no harshness gives offense,
The sound must seem an echo of the sense:
Soft is the strain when Zephyr gently blows,
And the smooth stream in smoother numbers flows;
but when loud surges lash the sounding shore,
The hoarse, rough verse should like the torrent roar:
When Ajax strives some rock's vast weight to throw,
The line too labors, and the words move slow;
Not so, when swift Camilla scours the plain,Flies o'er the unbending corn, and skims along the main.
(Alexander pope)

And not forgetting Phrasal verbs which consist of a verb and an adverb (particle).

Phrasal verbs are a very important feature of everyday English language. They are used in spoken and informal English, and they are also in written and even formal English.

Understanding and learning to use phrasal verbs, however, is often a problem and there are many reasons for this.

The meaning of the phrasal verb often has no relation to the meaning of either the verb or the particle which is used with it.

This means that phrasal verbs can be difficult both to understand and to remember. Also, many phrasal verbs have several different meanings.

MEANING: 1. When you act something out, you perform it or make it into a play.
2. Express your feelings or ideas.

EXAMPLE: 1. “The script itself is well written and well acted out by the cast”

2. “He has become desperate and is acting out his frustration by behaving like an idiot.”

Add up (1. no object)MEANING: Logically fit together.

EXAMPLE:"His theory is hard to believe, but his research adds up.

"Note: This phrasal verb is often negative."His theory seems, at first, to be plausible, but the facts in his research don't add up."

I could go on but I have a head ache, so I won’t (or should that be will not?).
Suffice it to say, I have found the best way to write “English” is just that write what comes into my head, and sort out the grammar, punctuation, spelling and tenses later, luckily I seem to be able to manage so far.
English-easy peasy No, but a wonderful conglomeration of bits and pieces from across the world, I like to think of it as “liquorice Allsorts” we all have our favourites, but when you see them together in the bag it is difficult to decide where to start.
I have also posted this over on AnglishLit just in case anyone visits.