Chucking it dahn at the Castle this morn, still summer was nice yesterday; I managed to fettle the garden-lawn, hedges, borders and the hanging baskets and pots.

A few pics of: 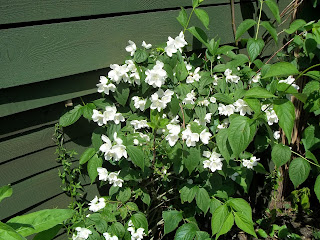 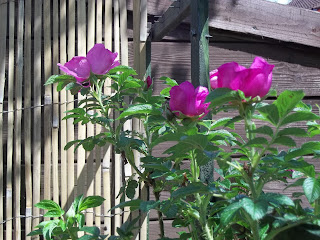 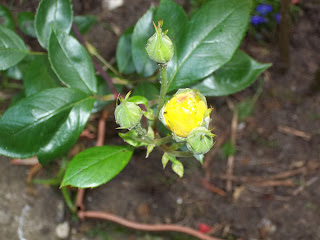 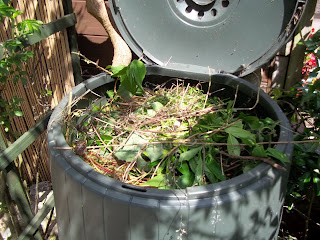 along with some fluffy stuff 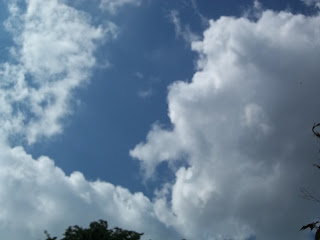 And his Maj deciding whether he wants to ambush someone or take up tightrope walking.


Up in the unelected part of the leaning tower of Westminster (no not the commons, the other bit) 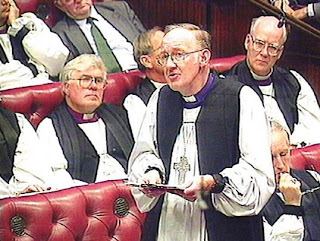 Apparently some Bishops are claiming up to £27,000 a year in fixed-rate allowances to attend sessions of the House of Lords on top of their travel costs.
Under current regulations peers are given the choice of three daily rates to cover their hotel and living expenses in London – £300, £150 or nothing. However they do not have to provide receipts and can also claim travel expenses.

From October 2010 to November 2011:
The Bishop of Chester attended the House on 97 days, claiming £27,600 in attendance allowances and £7,309 in travel expenses.
The Bishop of Liverpool attended on 60 days, claiming £15,600 for attendance and £4,220 in expenses.
Other significant claimers included the Bishop of Exeter (£11,550), the Bishop of Leicester (£8,850) and the Bishop of Wakefield (£10,650).
But a number of bishops regularly attended the House but did not claim any attendance allowances at all. The Bishop of Birmingham attended the House of Lords on 22 occasions but claimed no money. The Archbishop of York attended on 16 occasions and claimed nothing. The Archbishop of Canterbury also made no charge. However, the Archbishop of London claimed £3,750 for attending the Lords on 24 occasions.
Bishops live rent-free in their diocese, and to cover additional costs of running their historic homes they can draw upon allowances covered by the Church Commissioners, who manage the Church's £5 billion property and shares portfolio.
They are provided with official cars for travelling around their diocese, and can claim for entertaining guests, minor repairs to their homes, heating and lighting, gardeners and cleaners.

Nice to see that the Lords help those who help themselves-to our money....


Over to the place that spawned Edward Woodward 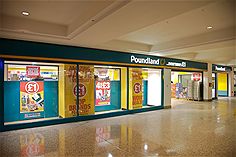 Staff at a Poundland shop in Croydon resealed packets of biscuits with Sellotape and put them back on sale after they were gnawed by mice.

Food inspectors found mouse urine and droppings inside boxes of chocolates on shop shelves, with the contents showing the rodents' teeth marks.


Inside the shop, packets of food had been chewed open and the contents spilled on to shelves littered with mouse droppings.


Prosecutor David McNeill told Croydon magistrates: 'Food that had been gnawed, instead of being disposed of, was resealed with Sellotape and put on sale.


'A dead mouse was also found under one of the shelves and it was obvious the shelves had not been cleaned for some time.’


The bargain shop was fined £24,000 after it admitted a string of food hygiene offences.


The store manager was not disciplined by Poundland but is now assisted by a second manager. The shop is now selling food again.


Without the extras I hope...


Left a whimsy to Welsh Wales 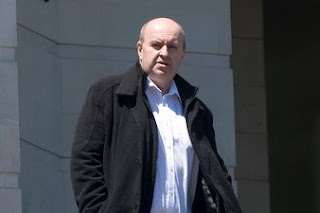 Allegedly “Psychic” Karl Lang told women to strip naked to increase their spiritual powers and send him naked pictures of themselves as it would boost their psychic powers.
He managed to persuade two women to strip naked at séances to enhance their spiritual powers, a court heard yesterday.
The women in their 20s wanted to contact dead relatives and it was alleged Lang, 49, told them they “had to be naked as the spirits are naked”.
It was also claimed that Lang told them to send him naked pictures of themselves and to carry out sexual acts as it would boost their psychic powers.
His first alleged victim, 27, told the jury she wanted to contact her father, who died 10 years ago.
But at their sessions she claimed Lang told her he was the “reincarnation of Jesus Christ”
Prosecutor Matthew Roberts told the jury: “It was a cruel trick. He was a sexual fraudster and he conned them.”
Lang, of Newport denies 12 charges of causing women to engage in sexual activity without consent.
The trial continues

If he was really psychic he would have seen the prosecution coming.....

Left more than a fairway and up a bit 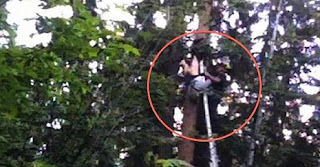 Rescue crews found a 53-year-old man hanging upside-down by one leg about 25 to 30 feet up in a tree next to the old Ice Park site on Phillips Field Road. The man, who the news release did not name, was conscious, alert and uninjured.

The department used its 100-foot platform/ladder truck to bring him down, according to the news release.

Assistant Fire Chief Ernie Misewicz said in an email to the News-Miner that the man was probably upside down for 10 to 15 minutes before rescue crews arrived and an additional 10 minutes during the rescue.

Misewicz said the man said he climbed the tree because “it was something he wanted to do” and that it was for exercise.

The man told rescue workers that he climbed the tree wearing foot spikes and a belly belt, like those used by linemen climbing power poles. He said he had climbed the tree and decided to lean back to rest.

That’s it: I’m orf to update me swipe keyboard

And today’s thought:
And they said sport was good for you Olympics 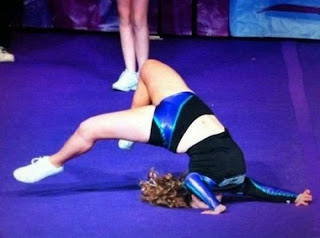