Still knackered, I have already been out to the smash and grab (Tesco) to stock up on gruel and cat food, and of course to infect as many people as possible.

Have to go out again later to stock up on cat litter and chicken for the dear little thing, but at least I will get my bi-weekly glimpse of buns. 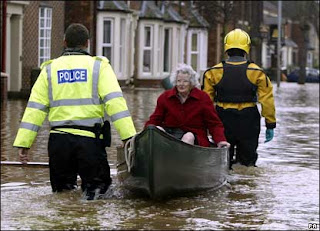 And it’s not as if the water companies have to pay for the raw material, or is it a case of the “wrong kind of rain”

But the good news is that water bills will be reduced slightly over the next five years, regulator Ofwat has announced, great, that’s a whole £0.30 extra I have to pay the gas bill. 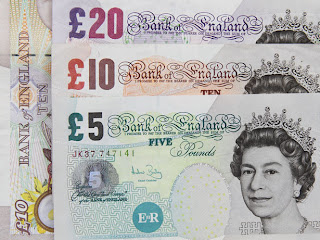 Ali Darling is defending the ‘secret’ loans of £61.6bn last autumn to RBS and HBOS, “in order to keep them afloat”.

Not a problem child 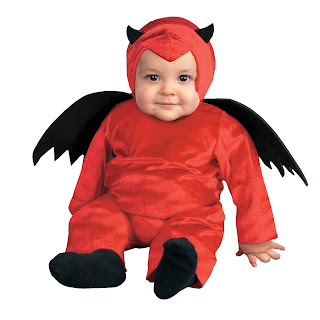 A boy aged four has been expelled just weeks after starting school.

McKenzie Dunkley was kicked out after teachers said he was violent, refused to obey them, disrupted classes, terrorised other pupils and repeatedly tried to run out of class, reports the Daily Mirror.

It came to a head after McKenzie, one of the youngest ever children to be expelled, allegedly assaulted staff for a second time.

The boy, who only started in September at Sacred Heart Catholic Primary in Preston, was sent home four times before he was finally excluded.

His mum Shelley, who agreed her son could be named, yesterday denied he has behavioural problems.

She commented: "They are making him out to be a thug but he never had any violent outbursts at nursery.

"They are saying he won't listen and is disruptive. But he's still only four and getting used to school. There's nothing wrong with him. He does everything I say at home."

The school said in a statement: "At such a young age behaviour that could lead to exclusion needs to be dealt with quickly by appropriate specialists."

Efforts are being made to find McKenzie a new school.

A new school, oh yes they used to call the Borstals didn’t they?

Are you thermally bored? 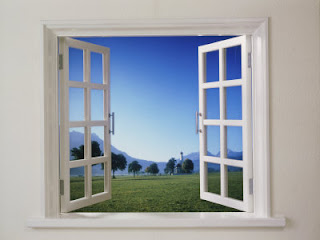 Well open the window then!

From down under: A conference of Australian and international architects and scientists has been told that opening a window can revolutionise the office.

The conference in Tasmania is examining ways to make buildings healthier.

Scott Drake from the University of Melbourne has been studying office buildings that can switch between air conditioning and natural ventilation.

He says people appear to work better if they can get fresh air.

"We're trying to look at ways that we can change offices."

"Having a building completely air-conditioned makes it very easy.

"You don't have any problems with dust and noise and you can control it centrally but we're finding that in those sorts of buildings people suffer from what we call 'thermal boredom'.

"Even though it’s nice for the building to be at a constant temperature people get a bit sick of it and they like to have a break," he said.

His research has also found people work better if they have a lunch room that is not air conditioned.

"They get a bit of exercise when they get up from their desk, they get to breathe some fresh air, they get a drink of water or a cup of tea and then they go back to work."

"So that ability to go somewhere in the building and refresh, we think, is very important.

"It potentially has energy savings as well so that if you're not air conditioning the whole building, you're not using as much energy."

The conference has attracted architects and scientists from Japan, Indonesia, New Zealand, and the United Arab Emirates.

Well I never, opening a window can give you fresh air; I never knew that, that is of course unless you live in the UK where you will be battered by the wind and soaked by the rain. 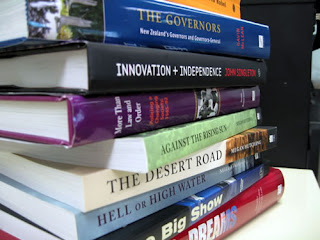 Again from down under: The former Territory minister Alison Anderson has accused the Labour Party of trying to rewrite history after her image and name were removed from more than 50 archived press releases.

The Government has blamed the matter on an "overzealous, young IT worker".

Ms Anderson's photo and name were expunged from the Government's online archive after she quit Labour in August.

The same thing happened to press releases belonging to Marion Scrymgour, who also quit the party before returning.

"[These are] really, really immature steps to take all my photographs and my name off any of the press releases," she said.

The Government's head of communications says a computer technician removed the details to save space on the server.

He says the names and images were reinstated after it was brought to his attention.

Only because they were caught out. 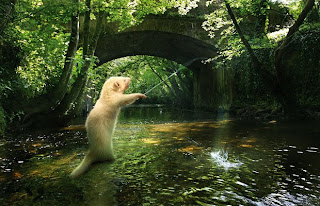 Next years Ferret Calendar is now available, it is titled “Ferrets go fishing”, I must rush out and buy one; mind you the backgrounds are stunning, shame about the Ferrets in the foregrounds.

All thirteen photos can be seen here.


Have a good one.