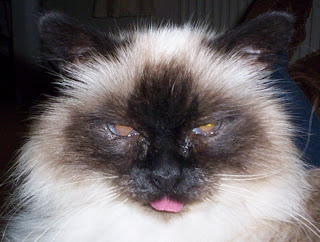 Strange start to the day, there was a power cut at six, which lasted fifteen minutes, the Rat faced Bat cat has finally lost it (see above), the weather is dark and dingy, and I have had to reset all the “electronics” in the house. 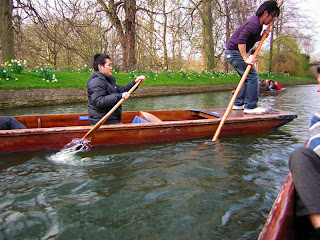 Two thieves who raided a boatyard but failed to steal a car instead used a punt as a getaway vehicle with predictable results.
On a "drunken night" James Parkinson, 26, and Khushmet Bardell, 24, broke into 18 boats moored in a boatyard and stole various items including two TV monitors, an electric generator and an assortment of alcohol, Huntingdon Magistrates' Court was told.
After a failed attempt to steal a car the pair and two accomplices loaded their hoard on to a nearby punt and tried to make an escape down a river, but were spotted by a police officer using night vision goggles.
The officer tracked the men until they pulled the punt to the side of the river and began unloading the stolen goods, when they were arrested by police, in the early hours of Friday July 3.
Parkinson and Bardell both admitted three counts of theft and three of criminal damage at Jones Boatyard on Low Road, St Ives, Cambridgeshire.
Their two accomplices, a 17-year-old youth and a 19-year-old woman, have been sentenced separately, Sylvia Cundell, prosecuting, said the four involved had been drinking and swimming in a lock near the boatyard.
As time went on they all got drunk and decided to steal from nearby boats which were moored on the riverbank and on the jetty.
Samantha Jewell, mitigating, said: "All parties consumed far too much alcohol and have been very foolish and wrong in their actions. The alcohol acted as a disinhibitor and unfortunately things seemed to get out of hand. They are both very remorseful for their actions."
Magistrates jailed Bardell, of The Crescent, St Ives, for six months for each of the three theft counts and two months for each of the three criminal damage charges, to be served concurrently.
Parkinson, of Thames Road, Huntingdon, was remanded in custody and will be sentenced at Peterborough Crown Court at a later date.

I suppose their time “inside” will go really slowly.
Porky protection 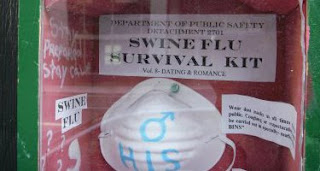 NEW YORK, NY – A new piece in Consumer Reports gives a list for how people can create their own swine flu survival kit.

The idea is that if the spread of the flu becomes so severe that citizens are confined to their homes, these are a list of things one “should” have on hand:
A two-week supply of food and water.
Fever reducers, such as acetaminophen, ibuprofen, Cough and cold medications containing chlorpheniramine, diphenhydramine, oxymetazoline, and pseudoephedrine and lozenges with dyclonine, glycerin, or honey can help ease symptoms.
Electrolyte drinks, such as Gatorade or Powerade, to keep you hydrated.
Hand sanitizer with at least 60 percent alcohol, such as Purell, to kill viruses when soap and water aren’t available.
Surgical masks with an FDA rating of at least N-95 to help prevent spreading the flu. Masks need to be replaced often and disposed of after use.
They also recommend general emergency supplies, such as:
At least three days’ worth of non-perishable food
At least one gallon of water per person, per day
A first-aid kit that includes any prescription or over-the-counter medications your family might need

Or you could just take a Lemsip and go to bed.
Mail Malarkey 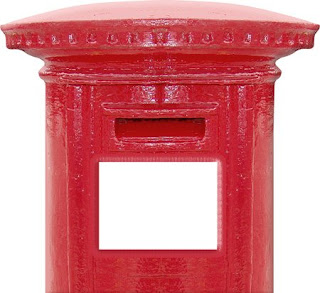 Up to 25,000 postal workers are due to start striking in a row over pay and jobs that is threatening huge disruption to mail deliveries.
The Communication Workers Union said members in areas including the West Country, London, East Anglia, the Midlands and Scotland would take industrial action on Friday, Saturday and Monday - the biggest outbreak of unrest since a national stoppage in 2007, with more disruption threatened in the coming months.
The union's executive has also decided to hold a national ballot of its 160,000 postal members in September which could lead to nationwide strikes in October.
Strikes have hit several areas of the country, notably London and parts of Scotland, in recent weeks in the dispute over pay, jobs and services. The action is now spreading to other parts of the country, and for the first time will involve drivers of Royal Mail's Lorries.
The Royal Mail condemned the strikes and clashed with the union over how many workers will take action, claiming it will only involve 12,000 employees.
Bosses said more than 90% of staff nationally will continue to work normally, and that with the exception of local strikes, the "vast majority" of customers' services will be operating normally over the next few days.

I agree with any workers right to strike, but the only people to suffer will be the public and business, including Royal mail, shooting yourself in the foot?
Dead Loss 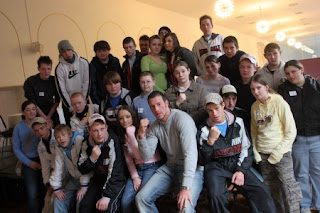 Teenagers who are out of education and work for a long period could have a one in six chance of being dead within 10 years, a top civil servant has claimed.
Youngsters who become "Neet" - not in education, employment or training - face not just difficulties and hardship, but "real dangers and a downward spiral" which can lead to them dying "very, very young", Jon Coles, director-general of schools at the Department for Children, Schools and Families said.
Mr Coles said there is a "social cost" of being outside the education and training system.
Citing anecdotal research carried out in a city in the North of England he had recently visited, Mr Coles said: "They had looked back a decade and they had examined what had happened to the long-term Neets of 10 years ago, where they were now and what had become of them.
"They found a number of interesting things, but they had found one profoundly shocking thing, which I still find profoundly shocking today, and that is that of their long-term Neet of 10 years ago, those who had been outside the system for a long period of time, whether because they were permanently excluded or simply because they had dropped out at the end of compulsory schooling and had not got into anything else, 15% of those young people of 10 years ago were dead by the time that the research was being done."
According to the latest Government figures, more than one in 10 (10.3%) of 16 to 18-year-olds were considered Neet in 2008, up from 9.7% in 2007. In addition, the number of 16 to 24-year-old Neets has soared as young people struggle to find a job in the recession. There are now 935,000 16 to 24-year-old Neets according to quarterly figures published in June, up from 810,000 for the same quarter last year.
According to the Youth Cohort Study, 1% of 16 to 18-year-olds are long-term Neets. Evidence from the British Birth Cohort Study suggests youngsters who are Neet between the ages of 16 to 18 are at greater risk of depression and poor health by the age of 21.
A DCSF spokeswoman said the research could not be seen as representative of the whole country. But she added: "It is clear that young people who are Neet are at greater risk of poor health and negative outcomes in later life, which is one of the key reasons we see reducing the Neet numbers as such a high priority

Well, the Government has only had ten years or so to address this appalling situation.
Slap it on 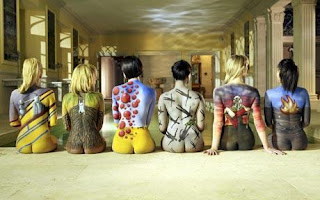 A British woman, Carolyn Roper, has been crowned World Body painting Champion for the second time.
Miss Roper, 27, won the competition held in Austria last month after taking seven hours to paint her model and entering him in the body painting special FX category.
Her art work shows naked models covered in a host of flamboyant and colourful designs.
More than 23,000 visitors attended the weekend-long event in Seeboden to see over 100 artists from more than 40 countries compete in a variety of categories.
The colourful theme of competition was "Spirituality beyond the visible eye" and to fit in with that Miss Roper took her inspiration from a book about good and bad fairies.
Each of the tiny fairies moulded on to the painted body took months of designing and involved pain-staking casting and moulding to get the right look and fit.
The 3,000 prize follows her first title which she claimed in 2007 when she competed in the Brush and sponge category.
She was even asked to be a judge in the 2008 competition but decided to stick with the painting which she started while on an art and beauty therapy course at Suffolk College, in Bury St Edmunds, Suffolk, in her teens.
She then went on to study a specialist make-up HND at West Thames College where she got her lucky break after trying to impress artist Storm Thorgerson by posing nude as one of his models.
Mr. Thorgerson, who Carolyn now works with on a regular basis, decided she was too short to be a model but did need help with make-up and took her on as a make-up artist.
She now helps Storm design body art paintings for the like of Led Zeppelin and Pink Floyd and says that meeting him gave her a "lucky break".
More recently she has worked on album covers for musicians Biffy Cyro and rock band Muse, along with work for Jeans for Genes and a calendar for Cancer Research which raised £20,000.
I need to study this for a while longer, probably about an hour. 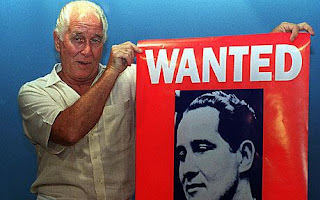 Ronnie Biggs is to be released because he is dying, his “history” can be seen if you click the link above the pic, my personal view is that I really don’t care, why should I, he didn’t care about the man injured in the robbery, he didn’t want to serve his sentence, he fled the country and went to live in Brazil.
He only returned when he needed health care, which we are paying for, he has no remorse about his crime, and I have no remorse about saying “I don’t care” karma is something you cannot escape and karma has caught up with this man who is totally selfish and uncaring.