Chucking it dahn at the Castle this morn, breezy, cold and dark, the butler has had to jump orf the Cycle-Gen to light some oil lamps, so I am running on batteries for a while.
Boring weekend, I was going to go to the local brats’ borstal for the “annual fete” but I saw that they were going to have a sponge throwing stall which as we all know is highly dangerous so I decided to play safe.
The study is empty of all things electronic, no desperate phone calls from users demanding a fix, I blame the silly season, they are all getting ready to fly orf to sunnier climes, still a few days of rest would be nice.
Bit late today, just got back from the stale bread, gruel and pussy food run at Tesco-they are “improving” the car park by closing half of it orf for resurfacing......
His Maj had a very busy Sunday and had a chill out..... 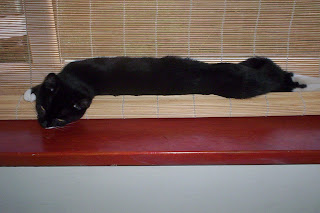 Unlike Le Cleggie it seems 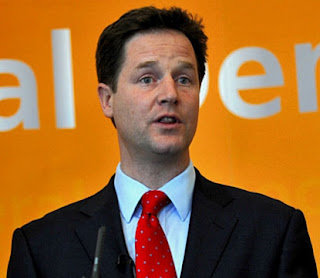 “Our” globe-trotting unelected Deputy PM is apparently in French France lecturing our armed forces partner on “poor fiscal management, too much debt in the financial sector and high house prices based on cheap credit.”
Mr Clegg said: "The causes of the current troubles are not exclusive to Eurozone states, and nor are the consequences.
He called for domestic action on fiscal policy and banking along with structural reform, but also stressed that European countries would need to work together if they are to overcome the problems.

Yeah ...right.
And while the NI debacle takes up all the media 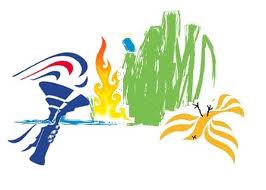 Planned changes to electoral law which pave the way for Coalition candidates to stand at the next election have been quietly slipped out by ministers.
Nick Clegg's Whitehall department included the move in a wider package of measures in a statement to MPs last week.
Until now, candidates who are nominated by two parties have not been allowed to use a single emblem on ballot papers.
However, Mark Harper, a junior Cabinet Office minister, said the government was now correcting this "oversight."
It would allow candidates to stand for election under a joint Conservative-Liberal Democrat banner for the first time.

I think that is known as “stacking the deck” in the electoral casino.
Meanwhile: over in the land of sunny weather and hot food

India's Tata group says it will launch cheap housing that can be built within a week for 500 Euros, according to Indian media reports.
A spokesman for Tata, which in 2009 launched the world's cheapest car, the Nano, said the pre-fabricated houses would help the rural poor buy a home.
Prototypes are already being tested with a view to launch by next year, the PTI news agency said.
Indian authorities say millions of homes are needed in rural areas.
The company is in discussion with state governments, the agency said.
"It is [a] quick house built in seven days if you have a patch of land. Basic model of 20 sq metres, with flat roof will cost around 500 Euros (32,000 rupees; £440)," Sumitesh Das, Tata Steel's head of global research is quoted as saying by the Press Trust of India news agency.
The company is also creating plans for slightly larger and more expensive houses, with facilities such as solar panels, according to the Times of India newspaper.
So we can cut down on aid then?
Left to the big land of lots of weather and greasy food 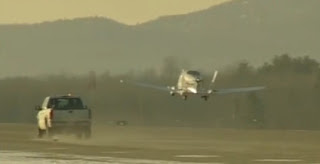 The US designed Terrafugia Transition flying car costs around £150,000 – £85,000 cheaper than a Rolls Royce Phantom.
The Terrafugia works as a conventional car, with a perfectly respectable fuel consumption of 35mpg and a top speed of 65mph.
Once its wings are unfolded – with a span of 28 feet and six inches – it can fly at 115mph and consumes five gallons of fuel an hour.
According to Terrafugia, there is interest from British consumers who face a price tag of around £150,000.
The two-seater Terrafugia Transition will require approval from the European Aviation Safety Agency before it can be used in Britain.
Anyone using it will need both a driving and pilots licence, said a spokesman for the Civil Aviation Authority.
Spiffing, but do I want a car that could fall out of the sky or if I had the money would I plump for a luxury, quiet, comfortable motor that is built like a brick outhouse?
Tough one that.
Over in the land of many. many. many people and wooden stick like eating utensils. 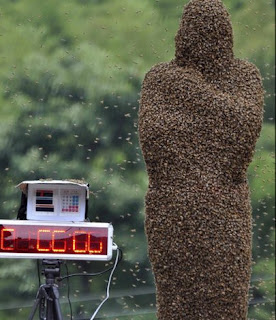 They have had a Bee wearing contest.

Clink the link above and see the “honeys”.
Allegedly an online campaign has been launched in Russia 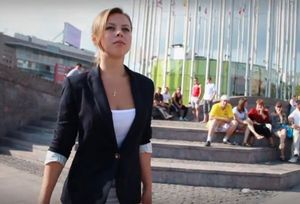 Urging young women to support Prime Minister Vladimir Putin in a presidential vote by taking off their clothes, a lawmaker’s site showed on Sunday.
Called “Putin’s Army”, it features a video of a blonde student called Diana who struts along Moscow’s streets in high heels and a black suit before scrawling “I will tear my clothes off for Putin” on a white top in red lipstick and starting to undo her clothes.
Inviting girls to strip off for Putin for the chance of winning an iPad2, the campaign comes ahead of the March 2012 presidential vote.
Strange that... now if it was called Berlusconi’s army it would make sense.

Back in the land of what not on the left 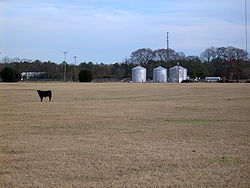 The races for mayor and three commission seats are wide open in the small North Carolina town of Tar Heel - because no one bothered to run.
No one has registered as a candidate for the fall elections in the Bladen County town. The story was first reported by WECT-TV the ballots will be printed with blank spaces for voters to write in their choices.
Current Mayor Ricky Martin says he's not surprised no one wants the jobs. Even in a town of 117, its hard work with little compensation. And Martin says state budget cuts mean the next elected officials might have to raise taxes.
Cynthia Shaw, the director of the county's board of elections, says it's the first time she has seen an entire town without a candidate.
What they need is “The Big Society”.
And finally:
A totally sexist and non PC item.
How to de-wax a surfboard with Eli

A site which I hate and am only watching every video for Elfandsafety reasons......
That’s it: I’m orf to buy a magic carpet.
And today’s thought: A hair on the head-is worth two on the brush.
Angus
Posted by Angus Dei at 09:05 3 comments