I did something last night that I haven’t done for years, and I kept it up for 45 minutes, it was the most fun I have had for along time, and this morning I feel like a bouncy little lamb.

What was it? I spent almost an hour head banging, singing and playing air-guitar along to the QUO who were at Glastonbury for the first time in its history, you can forget Blur and the Boss, for me the QUO were the bill toppers.

It was nice to see entertainers that actually enjoy what they do, and are not there for the money or kudos, just for the fans. 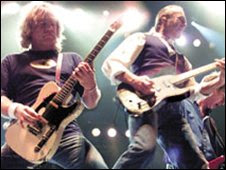 Anyway, back to the weird and wonderful world of the news: 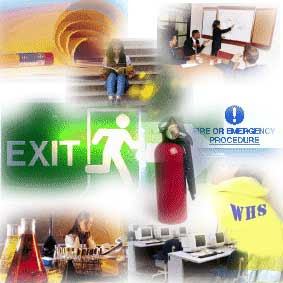 Retired office worker Patricia Owen, 70, and her husband Ray, 69, from Eye Green, near Eye, have also been attending the coffee mornings since they were launched.
Mrs Owen said: "We are being told we can't have a hot drink. Health and safety is a silly excuse. We have now made alternative arrangements and plan to have our coffee mornings at each other's homes."
A spokesman for Peterborough City Council, who run the library, said: "Eye Library is a small library and there were concerns about hot drinks being served to the group when there were small children sitting very close by.
"However, we do not want to spoil anyone's fun, and will be speaking to both groups to see if we can be more flexible about the timings so that the nursery group are not in the library at the time the coffee morning is meeting."
So why the f**k didn’t they do that in the first place? 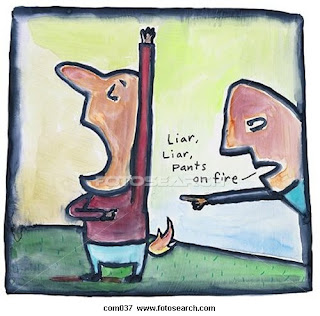 Liar, liar pants on fire 12 days ago I did a piece on the girl who said that 56 stars were tattooed on her on her face as she slept.
She has now admitted she was awake the whole time – and lied because her father was "furious".
Kimberley Vlaminck had insisted she dozed off after asking the tattooist for just three small stars – then woke in horror to find her face was covered.
The Belgian blamed the Flemish-speaking tattooist for not being able to understand her French and English instructions.
But the 18-year-old has finally confessed she did not fall asleep, that she wanted all the stars and was "fully aware" of what Mr Toumaniantz was doing.
Ms Vlaminck told a Dutch TV crew: "I asked for 56 stars and initially adored them. But when my father saw them, he was furious. So I said I fell asleep and the that the tattooist made a mistake."
Your sins will always find you out. 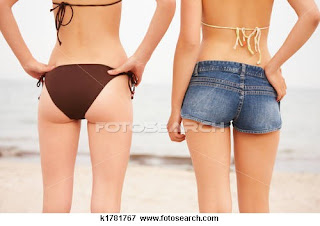 Job for the boys An artist has been given a £20,000 National Lottery grant - to look at girls' bums.
Sue Williams was given the money to "explore cultural attitudes towards female buttocks", reports The Sun.
She will create plaster cast moulds of women's behinds to try to understand their place in contemporary culture.
Mrs Williams, 53, of Swansea, will also examine different racial attitudes towards bums in Europe and Africa.
Emma Geliot from the Arts Council of Wales, which awarded the grant, said: "This produces a tee-hee response but there is a serious point."

No there isn’t, it is just a waste of lottery money, mind you if Ms Geliot wants an assistant…………… 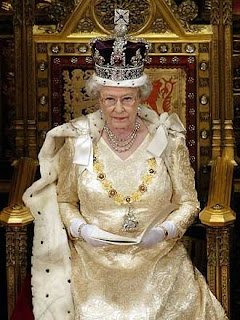 Our Liz is about to publish her accounts the figures relate to 2008-09 and will concern funding provided by the taxpayer to finance the head of state.
Last year's accounts revealed the Queen and other members of her family cost the taxpayer 66p per person over the 12-month period to March 31 2008.
The figures also showed more than £22,000 was spent chartering a helicopter to ferry the Monarch to and from the Kentucky Derby in Louisville during a state visit to America in May 2007.
The Queen's visit to the United States, to commemorate the 400th anniversary of the Jamestown settlement, was the most expensive royal overseas trip that financial year, with a plane chartered at a cost of £381,813.
The total cost of keeping the Queen and the Royal Family increased by £2 million or 5% to £40 million during 2007-08.
The Queen's Civil List - money used to fund the Monarch's official duties - increased by £500,000 to £12.7 million, while the amount spent on royal travel rose to £6.2 million - up by £600,000.
I am on the fence over this one, where do you stand? 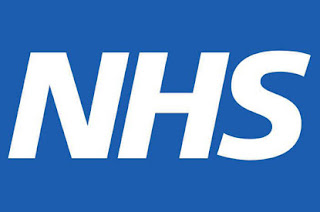 Something close to my heart Doctors to hit out over NHS errors Doctors are to call on the Department of Health to take full responsibility for NHS errors caused by political policy implemented via "perverse incentives", targets and performance management.
Members of the British Medical Association (BMA) will also be debating the increasing "commercialisation" of the NHS.
Another big issue will be the recent scandal at Mid Staffordshire NHS Foundation Trust.
One motion being debated at the annual conference in Liverpool warns that failures at Stafford are at risk of happening elsewhere.
Another motion calls upon the Government to hold an independent inquiry into the impact and consequences of "crude" targets that affect the running of the NHS in the light of Mid Staffs.
A report from the Healthcare Commission in March condemned "appalling" and "shocking" standards of care at Mid Staffs, which led to some patients dying.
Between 400 and 1,200 more people died than would have been expected in a three-year period, with the poorest examples of care at Stafford Hospital.
The BMA has issued new guidance for doctors who have concerns about patient safety.
It calls on doctors to raise fears about malpractice or failures in the system, rather than allowing the situation to reach a point where patient safety is under threat.
A spokesman said the guidance pointed out that employees who were victimised after raising their concerns could bring an employment tribunal, and that their employers could be heavily fined.
Yeah right, and we all know what will happen-nothing.