More than a lack of warm stuff, oodles of wet stuff and a whimsy of atmospheric movement at the Castle this morn, his Maj has the hump (again) because he has just had his flea/ticks and lice stuff and the smoke detector doo-dah decided to go orf at 1.10 of the am, after spending a while searching for the fire I went back to the four poster and it went orf again at 1.50. 2.35, 3.09 and 4.27, I hope they accept it as recycling as it is now in the blue bin.... 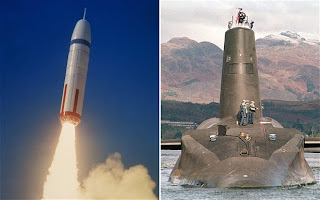 Allegedly the MoD has signed a 15-year contract with private contractors ABL Alliance to provide support for the Trident weapons system at HM Naval Base Clyde.
Under the new contract 149 MoD civilian posts will transfer to the alliance.
The jobs are in industrial and technical grades, warehousing and logistic support services, while supervisors and managers are also transferring.
Thirty-nine Royal Navy posts will also be seconded to the alliance, which comprises AWE plc, Babcock and Lockheed Martin UK Strategic Systems (LMUKSS).
The MoD said it decided in May 2011 that the most effective way to sustain the workforce in the future was to use an experienced supplier within the private sector.
The new arrangement is scheduled to start in January 2013, subject to the successful completion of a protection of employment consultation.

And my contribution to GCHQ-terrorist, nuclear bomb, al Qaeda, radiation and bye-bye.


West to the home of “movies” and the land of popcorn 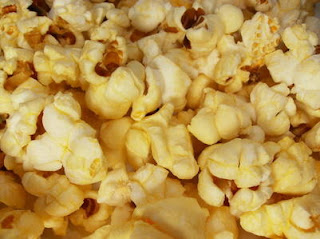 According to ACS' journal Chemical Research in Toxicology chronic exposure of workers in industry to a food flavouring ingredient used to produce the distinctive buttery flavour and aroma of microwave popcorn, margarines, snack foods, candy, baked goods, pet foods and other products the ingredient, diacetyl (DA), intensifies the damaging effects of an abnormal brain protein linked to Alzheimer's disease.
Robert Vince and colleagues Swati More and Ashish Vartak explain that DA has been the focus of much research recently because it is linked to respiratory and other problems in workers at microwave popcorn and food-flavouring factories. DA gives microwave popcorn its distinctive buttery taste and aroma. DA also forms naturally in fermented beverages such as beer, and gives some chardonnay wines a buttery taste.

Now why did I sit in front of this computer.....

Still in the place where the automobile is king 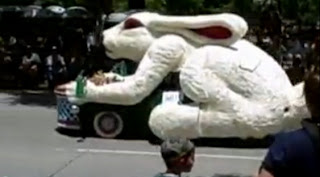 Comes the art car movement, which instead of a nice wash, polish and valet these artists armed with paint, glue, objects, and whatever else will stay stuck on a car that still needs to drive, the creators go to work.
Among the art car creations a favorite style is where one particular thing has been glued on the entirety of the car exterior such as cameras, corks, cd's, trophies and so on.
In Houston this art car culture is a deep part of the city. Growing out of a long Houston tradition of outsider art, in 1986, 11 art cars were exhibited alongside the Fruitmobile (the 'first' of the Houston art cars, made to be auctioned) at The Orange Show. By April, 1988 the Houston art car culture and art car parade was in full swing with the first official art car parade in the U.S. took place with a 40 car parade and was seen by over two thousand onlookers.
Among the “best” cars in the museum are Rex Rabbit a giant rabbit shaped car clutching a basket of eggs, Faith by David Best complete with water buffalo head in place of longhorns, and the giant roach shaped "Roachster."

East many, many, many miles to the land of no Leccy 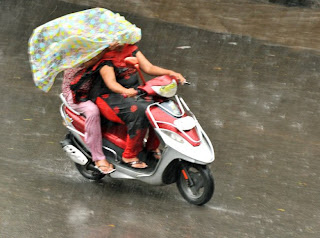 Bangalore, the capital city of the Indian state Karnataka, is experiencing its worst drought in 42 years. Large parts of north and central Karnataka have recorded an almost 27 percent decline in rainfall.
So the local Gov has asked all 34,000 temples in the state to conduct special rituals for rain, priced at about 5,000 Indian rupees (Rs.) each, the pujas will cost 170 million rupees (Rs. 17 crore, or nearly US$3.07 million) in total.
The state’s endowments ministry released the orders. Minister K.S. Poojari clarified that the money is to fund the rituals — to propitiate the rain gods.
Churches and mosques in the area were also asked to hold special prayers for rain. The BJP government of Jagadish Shettar requested that the prayers be conducted on July 27 and August 7.

Nice to see the sub continent has left the sixteenth century and finally entered the seventeenth.

The dead body of an 11m-long whale has been discovered in an open-air swimming pool in Australia.


Early morning swimmers discovered the humpback whale, which had been washed into the ocean pool in Sydney by heavy seas.
The 30-tonne young adult mammal was washed up at Newport Beach ending up in the man-made swimming baths which are filled with sea water.
The beach has now been closed due to the risk of sharks being attracted to the area by the rotting carcass.
The authorities are now deciding how best to remove the whale. 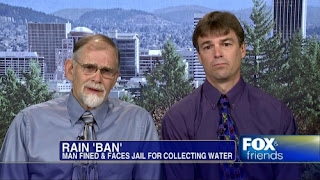 Gary Harrington, an Oregon man, will be spending a month in jail, after being convicted on nine misdemeanor charges. His crime is “Illegally” collecting rain water on his own property.
Harrington, who lives in Eagle Point, Oregon, has been fighting for the right to collect rain water since 2002.
Now a decade later, he has been sentenced to 30 days in jail and fined over $1,500 for the man-made ponds he has built on his 170 acres of land. For filling “three illegal reservoirs” on his property with runoff water, Harrington has been convicted on nine misdemeanor charges in Circuit Court.
According to authorities, Harrington broke the law by collecting natural rain water and snow runoff that landed on his property. Harrington said he stores the water mainly for fire protection.
According to officials with the Medford Water Commission, the water on Harrington’s property, whether it came from the sky or not, is considered a tributary of the nearby Crowfoot Creek. Thus it is subject to a 1925 law, giving Medford Water Commission full ownership and rights to the water.

Let’s hope they don’t hear about the moat then.....

That’s it: I’m orf to have a look for some giant damselflies

And today’s thought:
No wonder we are doing so well Olympics. 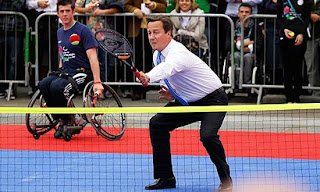