Track a pledge: Piss Poor Policy Dave C and the old boys club: Think of a number: Holyrood no-go: The cars not to buy: and the Rattlesnake roundup.

‘Tis another spiffing start to the day at the Castle this morn, the hanging baskets and wall boxes have been watered, the birdbath has been refilled and as I sit here the Blue Tits are happily splashing away and having a drink. I spent quite a while on the sun lounger yesterday and even managed to take a few pics of the growing things. 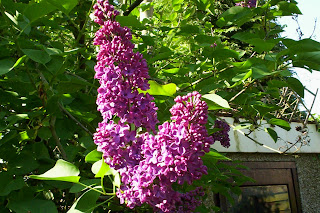 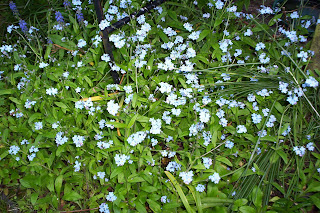 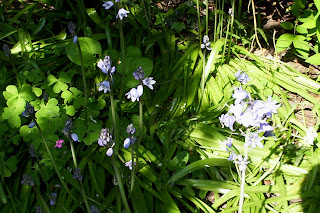 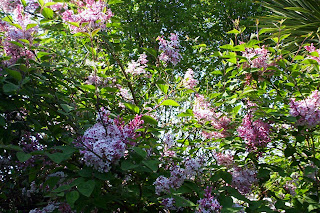 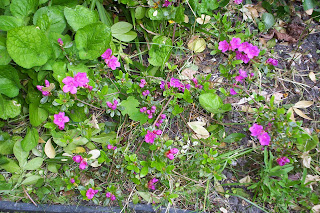 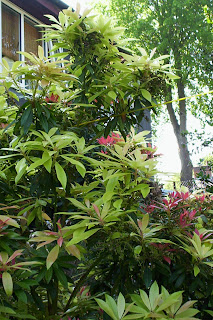 Fed up with the Coalition millionaires club taking the piss? 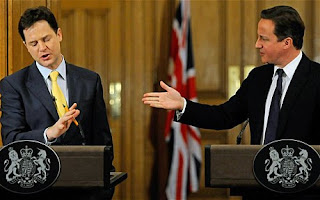 The Guardian has come up with a cunning plan to track how the “Government” is doing on its pledges, click HERE to start the Pledge Tracker.
If you can be bothered……
And PPP Dave C has decided that it OK for middle-class families to give children a 'leg-up’ by exploiting their contacts — despite the practice being condemned by the deputy Prime Minister-what’s his name.
See above……

The latest bit of technology to come out of the colonies is a way to place a call on a cell phone (mobile) using just your thoughts.
The new brain-computer interface is almost 100 percent accurate for most people after only a brief training period.
The system was developed by Tzyy-Ping Jung, a researcher at the Swartz Center for Computational Neuroscience at the University of California, San Diego, and colleagues. Besides acting as an ultra portable aid for severely disabled people, the system might one day have broader uses, he says. For example, it could create the ultimate hands-free experience for cell-phone users, or be used to detect when drivers or air-traffic controllers are getting drowsy by sensing lapses in concentration.
First you have to be able to remember the bleedin number.
North of the border 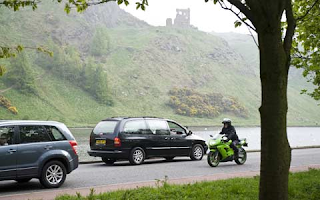 Apparently hearses have been banned from driving through Holyrood Park because they are judged to be "commercial" vehicles.
Historic Scotland, which manages the park, has confirmed that funeral directors are being told that they are not allowed to drive through the park without special permission - and any hearses caught risk being stopped and slapped with a £30 on-the-spot fine.

They join taxi drivers, van drivers, mail delivery vans and coaches in being banned from the royal park.

News of the hearse ban came as police today released figures showing that 25 fixed penalty notices have been handed out to drivers of commercial vehicles since the crackdown was launched at the beginning of last month.
“They” even get you after you are dead.
‘Ello John; got a new motor? 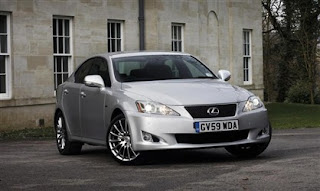 Should have gone to swiftcover.com, looking at stats running from November 2009 to November 2010, it's worked out which cars are most likely to fall victim to petty damage inflicted by jealous troglodytes. And as you might suspect, it turns out this isn't entirely indiscriminate.
The vast majority of cars featuring in the top 10 slot into the executive class - with swiftcover.com even going so far as to label them status symbols. Contrast this with the UK's most popular car, the Ford Focus.
And in reverse order:
10-BMW 530.
9-BMW 525.
8-Skoda Octavia.
7-BMW X5
6-Maxda MX-5
5-Audi TT
4-Mercedes CLK
3-Mini One
2-BMW Z4
And the number one for vandalism is-
The Lexus IS.
No surprises there then, apart from number 8: you have been warned.
And finally:
Over the wet salty wobbly thing to Sweetwater. 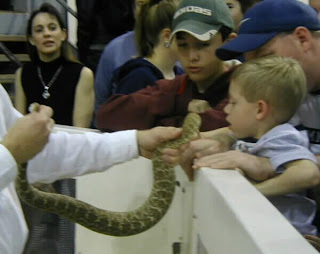 The worlds largest Rattlesnake Roundup is underway in Sweetwater, drawing visitors from all over.
Here's what you need to know if you'd like to go to the 53rd Annual Rattlesnake Roundup
Gates Open: 8:00 am Saturday and Sunday Tickets: $7 adults and $4 kids 10 & under Nolan County Coliseum in Sweetwater Rattlesnake Dance: Saturday 9 pm - 1 am at "The Barn" on 4TH Street & Cypress Street
The roundup is going on all weekend.
Sounds like something to avoid like the plague.
That’s it: I’m orf to wait for Lyrids.
And today’s thought: Don't let aging get you down . . . It's too hard to get back up.
Angus
Posted by Angus Dei at 07:51 2 comments