Who gives a rat’s arse? 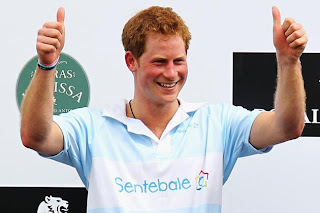 The endless wittering on about the ginger haired squaddy and the so called “whistleblower” continue to dominate what is laughingly called the ‘media’.
And to be honest I really don’t give a shit about either of them, Prince Henry got his kit orf in a private hotel room with at least two other people because one of them took the photos, copper knob knew he was being snapped and still carried on, which concerns me because the royal twat is in charge of subordinates and a very large lump of extremely dangerous machinery in his day job.
Let’s face it any bloke of 27 who has the money and lifestyle of the spare heir would probably do the same thing-given the chance.
The fact that he showed his dangly bits to someone with a camera phone isn’t the problem, but the fact that his judgement is not quite what we should expect from an army officer should be of concern. 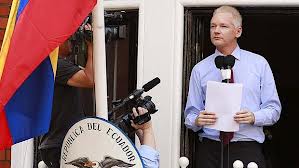 And the other “man” Julian Aspergers or whatever his moniker is who is hiding in some foreign embassy because he doesn’t want to face charges of sexual assault in one of the Nordic countries on the premise that he will be extradited to America to face charges over ‘wikileaks’ is something that I can happily ignore for several years or maybe more.


These arseholes are nothing to do with the freedom of the press, who are after all just businesses trying to make as much money as possible from sales of newspapers, let the press do what they will with these “stories”, we have the ultimate sanction-don’t buy the bloody things.


Harry did what he did and got caught for which he will face some sort of bollicking from his superior officer and dear old Charlie, Aspergers committed a “crime” in Sweden and should crawl out of someone else’s hole, grow up and face the music.


It used to be called “taking responsibility”, now it seems to be “make enough fuss and you will get away with it”.

What has happened to dear old Blighty?
Are we to spend the rest of our lives being bombarded with pointless ‘celeb’ crap by the papers, the box and the interweb thingy or is it time to make a stand and consign all this trash to the recycle bin where it belongs.